In less than 24 hours, the big three networks have devoted 17 times more coverage to a traffic scandal involving Chris Christie than they've allowed in the last six months to Barack Obama's Internal Revenue Service controversy. Since the story broke on Wednesday that aides to the New Jersey governor punished a local mayor's lack of endorsement with a massive traffic jam, ABC, CBS and NBC have responded with 34 minutes and 28 seconds of coverage. Since July 1, these same networks managed a scant two minutes and eight seconds for the IRS targeting of Tea Party groups.

In contrast, journalists such as Good Morning America's George Stephanopoulos pounced on the developing Christie story. The GMA host opened the program on Thursday by announcing, "Chris Christie in crisis. Calls at this hour for the feds to step in, investigate the explosive e-mails." [See a video montage below. MP3 audio here.]

Stephanopoulos later wondered, "One of the big questions right now, how much has it hampered his White House prospects?" Guest Matt Dowd insisted that, on a scale from one to ten, the controversy was already at a "four or five." 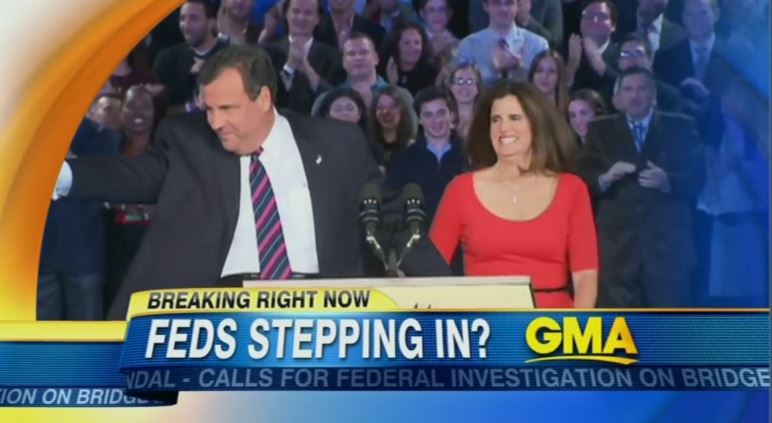 NBC Nightly News host Brian Williams immediately spun the story as a political pitfall for the possible presidential contender: "In a jam. A big problem for a man with big ambitions. Tonight, how a traffic nightmare on the world's busiest bridge has spilled into a full blown scandal with the power to damage Chris Christie's political future."

As a comparison over the last six months, NBC featured a scant five seconds on updating the IRS story. CBS responded with a minute and 41 seconds. ABC produced a meager 22 seconds. 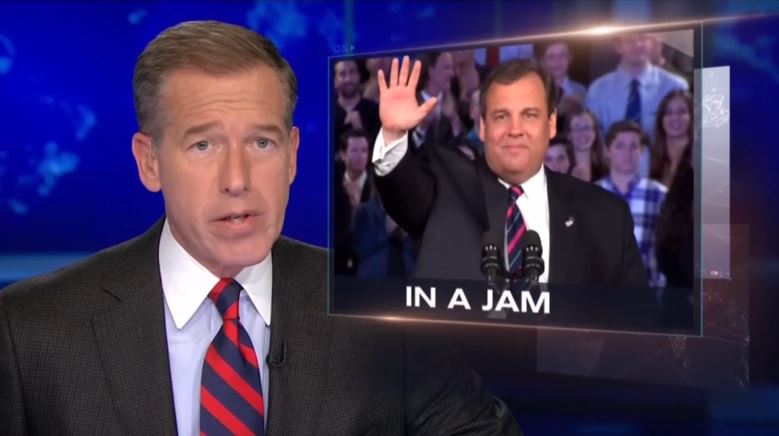 Although the media downplayed the IRS controversy from July through December (it first broke in May), it's not as though there wasn't much happening. As the Media Research Center documented, many potential story leads developed.

In December, House investigator Darrell Issa announced that the FBI and IRS chief counsel is stonewalling the investigation. In October, newly obtained e-mails showed that the scandal-plagued Lois Lerner, the woman at the center of the controversy, illegally gave Tea Party tax info to the FEC. That same month, it came out that an IRS official may have given confidential information to the White House.

These stories were buried by ABC, CBS and NBC, the same networks that have immediately deluged Republican Chris Christie, a 2016 contender, with coverage for his scandal.

[Thanks to the MRC's Jeff Meyer for the video montage.]