GMA Devotes 109 Minutes to Other Trials, But Not One Second for Gosnell Horrors

Forty two days ago, on March 18, 2013, abortionist Kermit Gosnell went on trial, charged with the grisly murder of multiple babies and a patient. Yet, in the seven weeks that followed, ABC News has permitted no coverage, discussion or mention of the case, not even a single utterance of Dr. Gosnell’s name.

But that’s not due to lack of interest in shocking criminal cases. Over the same 42 days, the Media Research Center found that ABC’s Good Morning America has aired 41 stories — about one per day — on other sensational criminal cases, including the Amanda Knox re-trial and the Jodi Arias case, totaling 109 minutes of coverage. 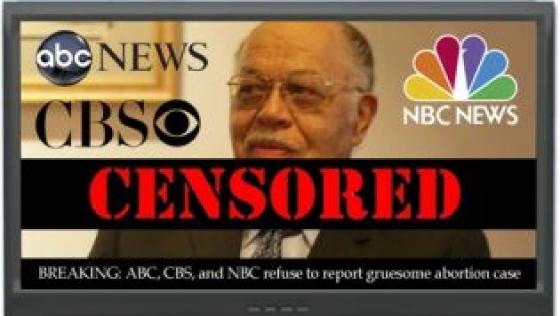 So it would seem that ABC doesn’t have a problem delivering the gruesome details of murder cases to morning show viewers, suggesting that the networks’ blackout of the Gosnell case has more to do with the negative light it shines on the abortion industry.

Over six weeks of weekday and weekend coverage, GMA featured the Arias case 22 times. Arias is accused of stabbing and slitting the throat of Travis Alexander, her ex-boyfriend. Clearly, the producers and hosts of the morning show aren’t worried about discussing stomach-churning details. The Associated Press recounted the graphic accusations against Gosnell, including testimony by some of the abortion clinic’s workers that they "'snipped' babies' necks after they were born alive to make sure they died."

Both the Gosnell case and the Amanda Knox retrial deal with brutal murder. Yet, while ABC ignored the wrenching details of dead babies, Ms. Knox’s story received nine segments on GMA. (The remaining ten cases included the Michael Jackson wrongful death suit, a murder trial in Georgia, the murder of a University of Virginia lacrosse player and updates on the case against spree killer James Holmes.)

It’s not as though ABC can claim the Boston bombing as a reason to ignore the Gosnell case. The abortionist’s trial had been ongoing for a full month before the April 15 terrorist attack. Additionally, on the April 17 Good Morning America, as the manhunt for the perpetrators went on, the program featured a full report on the Arias murder. 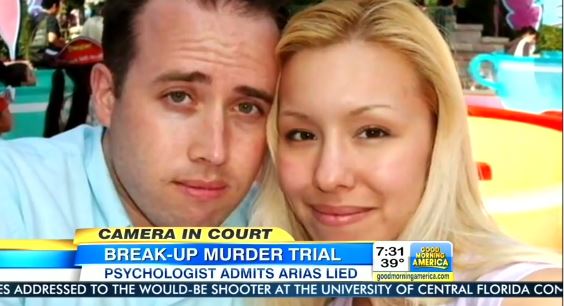 On April 14, the Washington Post investigated the media’s lack of interest in Gosnell. Representatives for CBS and NBC offered comments about lack of coverage and plans to cover the story in the future. ABC was silent. The Post’s Paul Farhi succinctly summarized, "An ABC News representative, Julie Townsend, declined comment."

CBS and NBC have both offered minor coverage of the Gosnell case. What is ABC’s excuse for a total blackout? Clearly, the network is interested in criminal cases with shocking, brutal details. Forty one stories over 109 minutes and 26 seconds prove this.

The horrifying details of the Jodi Arias case, the Amanda Knox murder trial and rest are tragic stories with real victims. Their importance should not be downplayed or dismissed as purely sensational. But the lives of innocent babies, allegedly murdered in appalling circumstances, are also significant. Is it too much to ask that ABC’s hosts and producers cover a story, even if it doesn't match the political agenda of pro-abortion liberals?

[Thanks to MRC intern Jeffrey Meyer for assistance.]