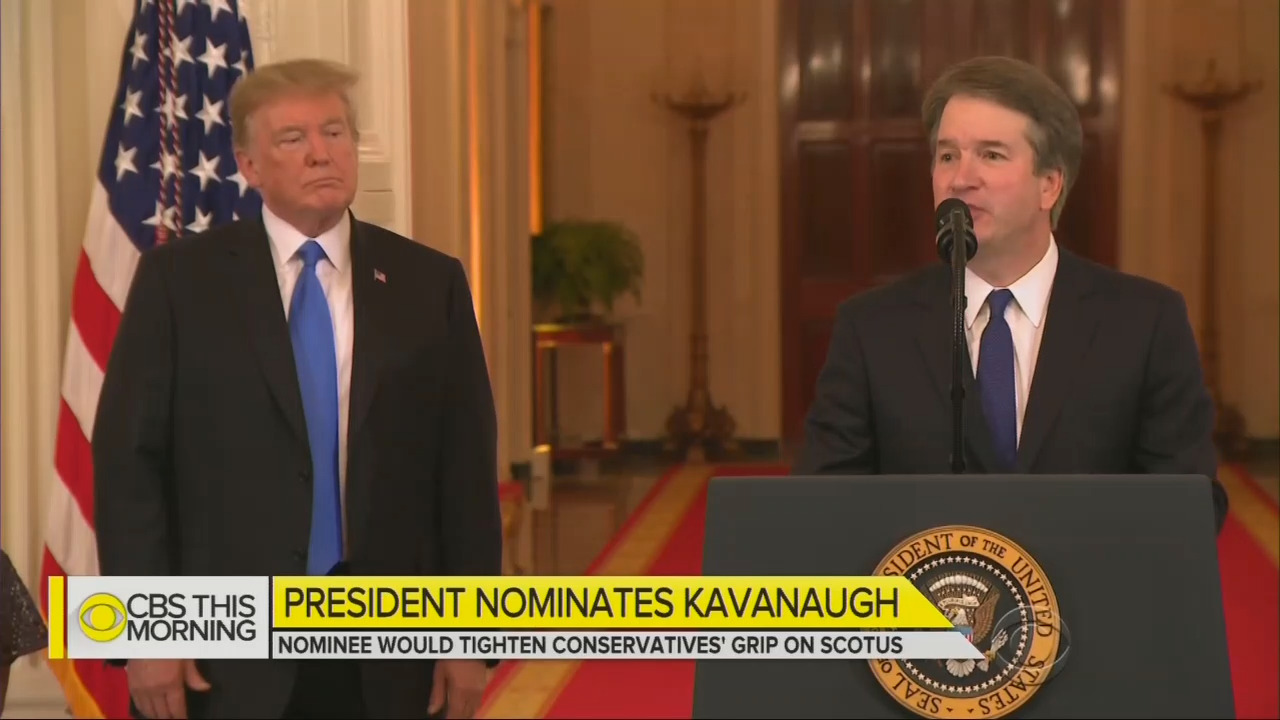 Since the 1980s, the well-worn liberal playbook is to claim that Republican appointees to the Supreme Court should be voted down as ideologues who are outside the judicial mainstream. The establishment media aids this tactic by often tagging GOP nominees as “conservative,” while ignoring — or even disputing — the liberal bent of Democratic nominees to the Court.

True to form, ABC, CBS and NBC’s morning and evening broadcasts on Tuesday branded Judge Brett Kavanaugh a “conservative” a total of eleven times in the first 24 hours since his nomination by President Trump. Since 2005, these broadcast networks have employed 47 “conservative” labels in their early coverage of four GOP Court picks — an average of nearly 12 per nominee — compared to a mere seven for three Democratic selections, an average of just over two per nominee, a nearly six-to-one disparity. 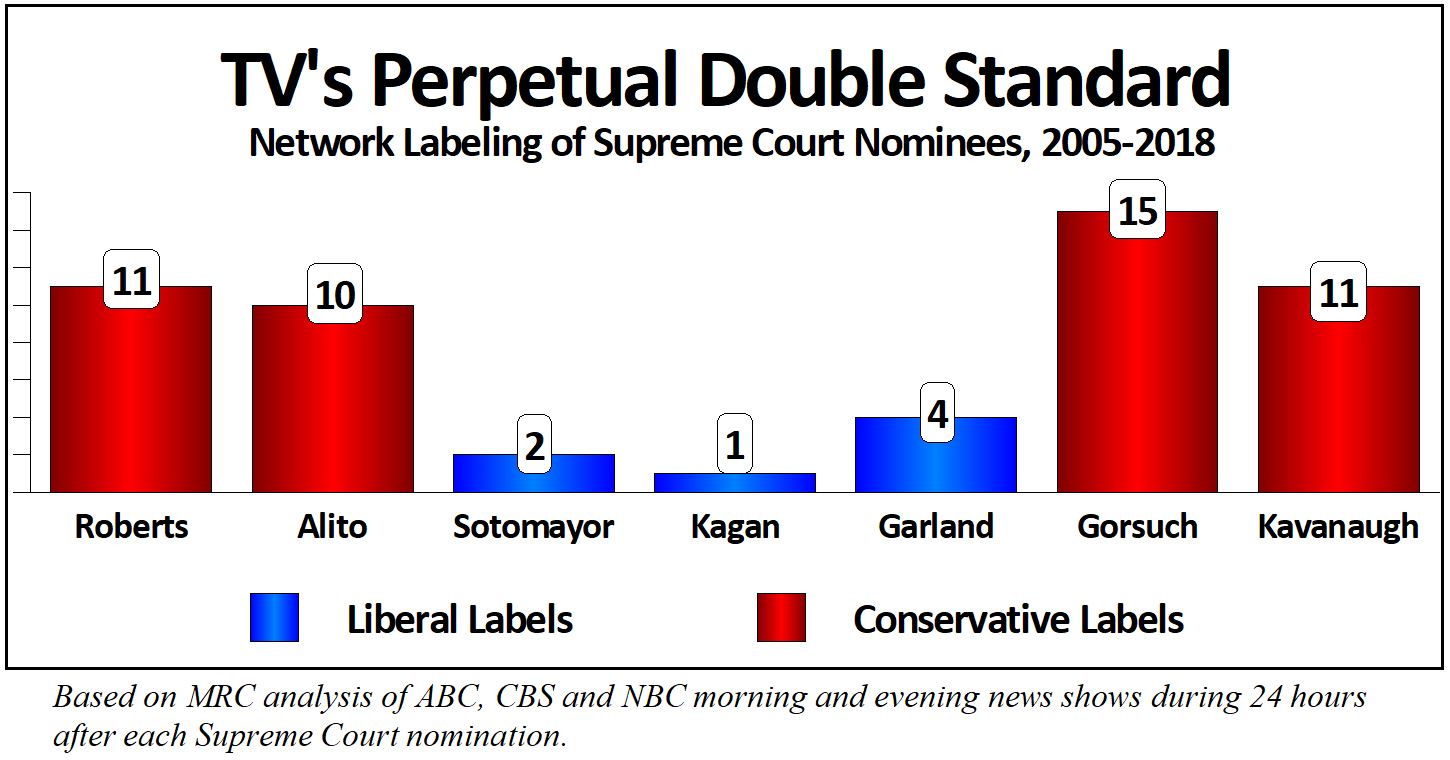 Over on CBS This Morning, Jan Crawford said Kavanaugh was “considered a conservative intellectual powerhouse” a few minutes before describing his “conservative judicial philosophy.” On NBC’s Today, White House reporter Peter Alexander called Kavanaugh a “solid conservative” who “if confirmed, would cement the conservative majority for a generation.”

Tuesday night, ABC’s World News Tonight did not talk about Kavanaugh’s conservatism, preferring instead to uncritically promote Democratic distortions of his 2009 argument that Presidents in criminal trouble should be removed from office by impeachment, since the indictment and trial of a sitting President would “cripple” the ability of the government to function.

Over on the Evening News, CBS’s Crawford added yet another label to the pile — “Kavanaugh is considered an intellectual powerhouse, with a clear conservative judicial philosophy and a lengthy record” — but NBC’s Pete Williams actually pushed back at the hoary Democratic talking point.

“Kavanaugh’s past suggests he wouldn’t be on the extreme right,” Williams advised viewers, before running a soundbite from longtime Court watcher Tom Goldstein: “Based on Judge Kavanaugh’s long record, I think we can safely say that he’s going to end up somewhere in the middle of the conservatives, not the farthest to the right.”

In contrast, ABC and NBC’s own correspondents never referred to any of President Obama’s Court selections as “liberal” during their first 24 hours of coverage, while CBS offered seven such labels — two for Justice Sonia Sotomayor, one for Justice Elena Kagan, and four for Judge Merrick Garland, whose nomination failed in the face of GOP opposition.

In fact, we have documented more instances (10) when network reporters either denied that these Democratic nominees were liberal, or affirmatively labeled them as “centrist” or “moderate.”

It’s a long-standing double standard, and the media are clearly sticking to their old biased script with their coverage of the newest Supreme Court nominee.