Now online: the February 22 edition of Notable Quotables, MRC’s bi-weekly compilation of the latest outrageous quotes in the liberal media. This week, liberal journalists announce their disdain for the "troll-like" conservative presidential candidate Ted Cruz, who "operates below the level of human life," while USA Today says socialist Bernie Sanders is the "most Christian candidate" in the race.

Also: reporters condemn the late Supreme Court Justice Antonin Scalia's conservative philosophy, while playing the race card when it comes to filling his Supreme Court seat, with one New York Times editorial writer tweeting: "In a nation built on slavery, white men propose denying the first black President his Constitutional right to name Supreme Court nominee." Highlights are posted below; the entire issue is posted online with 23 quotes at www.MRC.org. 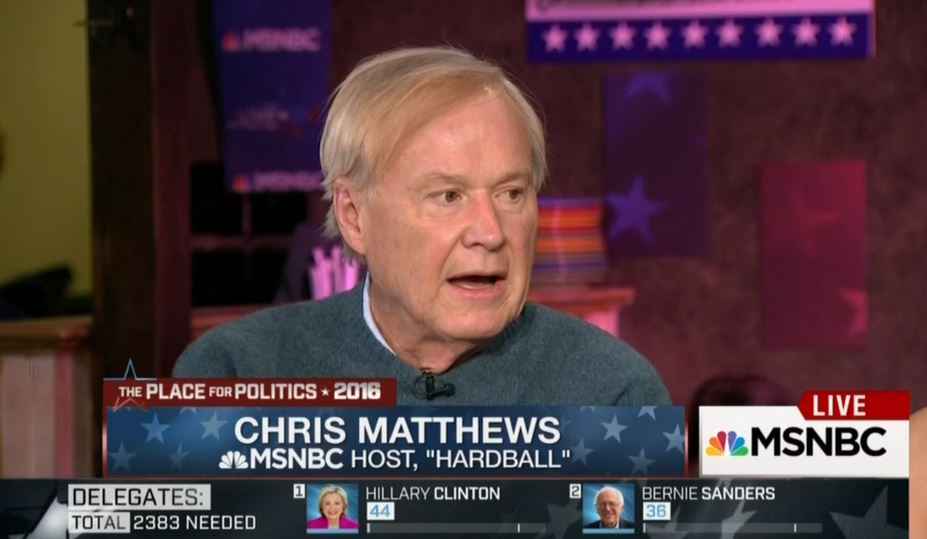 “[GOP presidential candidate Ted] Cruz is a brute, the Crusader Warrior, armed with spike and shield and holy zeal, summoning true believers to war against the infidels. Deus vult! they cried out in those days. ‘God wills it!’...There’s malice in Ted Cruz’s swagger....Once in the Senate his goon-inspired behavior soon antagonized just about everyone, including his fellow Republicans. No one was beyond the reach of his brass knuckles, sharp elbows, and forked tongue.”
— Longtime PBS host Bill Moyers and producer Gail Ablow in an article posted February 5 at BillMoyers.com.

“So, to be called ‘MarcoRobot,’ to see a headline that said you choked. That doesn’t bother you?...Was it your finest performance?”
“The governors who are your opponents talk about the experience of actually being in charge of something as opposed to, you know, being on the legislative side as a senator. What do you respond? What’s your response?...How deep is your foreign policy experience?”
— Some of anchor Lester Holt’s questions to GOP presidential candidate Marco Rubio in an interview shown on the February 8 NBC Nightly News.

“I want to ask you about a moment at the town hall the other day. A young man, a Bernie Sanders supporter, stood up and said young people don’t trust you....And when he said that I winced. And I was wondering, you’ve obviously been in tough battles, political battles, but do you get your feelings hurt sometimes?”
“What frustrates you the most about perceptions about you?”
— Holt interviewing Democratic presidential candidate Hillary Clinton, January 29.

Socialist Bernie Sanders, the “Most Christian Candidate” in 2016

“Who Would Jesus Vote For? Bernie; Sanders, a secular Jew, is the most Christian candidate in this race”
— Headline and subheadline accompanying a February 17 USA Today opinion column by Stephen Prothero, a professor of religion at Boston University.

“Do you worry at all that you will be the instrument of thwarting history, as Senator Clinton keeps claiming that she might be the first woman president?”
— Moderator Gwen Ifill to Democratic presidential candidate Bernie Sanders during the February 11 PBS Democratic debate.

It’s “Crazy” for Women Not to Root for Hillary

Anchor Chris Jansing: “I guess we’re not surprised about the Bernie Sanders young people phenomenon, although it still is a problem for Hillary.”
MSNBC’s Tamron Hall: “That’s not the surprise....The big headline for me in the randomly selected group of people, the young women there did not care that Hillary Clinton could be the first woman president.”
Jansing: “That’s crazy to me. It really is.”
— Exchange during MSNBC’s live coverage, February 5.

Host Ari Melber: “Think about the contrast here: this man who is celebrated more widely than Washington ideology might suggest, embraced for his vigor, for his personality; and yet a man who, in his decisions, and in many of his dissents, was seen by many as cold to the plight of many people that you would want him to extend that same gregariousness to in his decisions.”
MSNBC correspondent Irin Carmon: “Right....He’s somebody whose jurisprudence certainly left out in the cold, as you say, many historically-oppressed people.”
— Exchange during MSNBC live coverage, February 14.

“Sometimes it seemed he worked overtime to earn your hate. He gloried in it. He wrote cruel, demeaning things about whole groups of Americans — and even if you didn’t belong to one of those groups, Scalia was the fifth vote on what many of us consider towering historic injustices, from Bush v. Gore to Citizens United.... As reprehensible as so many of his views were, we will be wrestling with him for decades to come.”
— Slate’s Dahlia Lithwick in an article posted February 14.

“Died in a ranch in Texas. God bless America.”
“Wish I could be a fly on the wall for Scalia’s chat with the Devil.”
— Pair of tweets from The New Yorker’s managing editor Silvia Killingsworth, posted within minutes of the announcement of Scalia’s death on February 13.

Scream Racism If Obama Doesn’t Get to Name Liberal Replacement

“After years of watching political opponents question the President’s birthplace and his faith, and hearing a member of Congress shout ‘You lie!’ at him from the House floor, some African-Americans saw the move by Senate Republicans as another attempt to deny the legitimacy of the country’s first black President....
“‘I guess many of them are using this in the strictest construction that Barack Obama’s serving three-fifths of a term or he’s three-fifths of a human being, so he doesn’t get to make this choice,” Mr. [Bakari] Sellers [a former state representative in South Carolina] said. ‘It’s infuriating.’”
— Maggie Haberman and Jonathan Martin in a February 18 front-page New York Times story.

The Most Fawning Obama Interview. Ever.

CBS’s Gayle King: “When I think about the Obamas, even your dates make national news. They become news stories. Do you know there’s a movie out called First Date. It’s coming out. I saw it. And the thing that struck me, you’re driving a raggedy car with a hole in it.”
President Obama: “This is true.”
King: “And I’m thinking, ‘And you’ve got a second date after driving that car?’”
Obama: “Because I’m so smooth.”
— From CBS’s pre-Super Bowl interview with the Obamas, February 7.