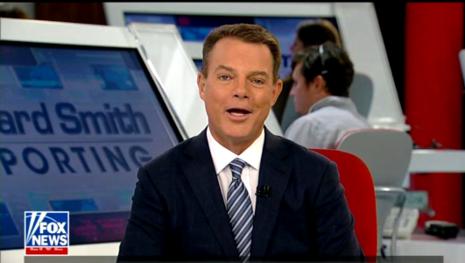 One year after Shepard Smith abruptly departed his mid-afternoon program on the Fox News Channel, the anchor is set to launch a weeknight news series on CNBC in October.

The News with Shepard Smith will air at 7 p.m., and the hour-long show will “cover the day’s biggest stories” while pushing such “entrepreneurial reality programming” as Shark Tank, The Profit and Jay Leno’s Garage back 60 minutes and hopefully higher ratings.

Network chairman Mark Hoffman announced: “We’re thrilled that Shep, who’s built a career on an honest fight to find and report the facts, will continue his pursuit of the truth at CNBC.”

Smith had long been a primary figure of Fox News programming as one of the first hires to the network by co-founder Roger Ailes when it launched in 1996.

But in recent years, Smith became a frequent target of attacks of President Trump and departed in October amid internal conflict, which included an exchange of on-air barbs with opinion host Tucker Carlson.

During a Friday afternoon newscast, the anchor declared he had decided to move on.

“Recently I asked the company to allow me to leave Fox News and begin a new chapter,” he noted. “After requesting that I stay, they graciously obliged.”

“The opportunities afforded this guy from small-town Mississippi have been many,” he stated. “It’s been an honor and a privilege to report the news each day to our loyal audience in context and with perspective, without fear or favor.”

Smith also stated that Hoffman “presented me with CNBC’s vision for a fact-based, hour-long evening news program with the mission to cut through the static to deliver facts, in context and with perspective.”

At that time, “I [knew] I found a great home for my newscast,” he continued.

“Gathering and reporting the news has been my life’s work,” Smith added. “I am honored to continue to pursue the truth, both for CNBC’s loyal viewers and for those who have been following my reporting.”

However, Smith’s news program will air against the Fox Business Network’s “fervently pro-Trump” Lou Dobbs Tonight, a program that has consistently beaten CNBC in that time slot.

As NewsBusters previously reported, Smith’s tenure at Fox News became more hostile as the days went by. In August of 2016, Smith destroyed any appearance of neutrality and charged Donald Trump with promoting racism. After a few days, Smith knocked voter ID laws as “designed to keep some minorities from voting."

Two years later, Morning Joe host Joe Scarborough changed his motto from “In God We Trust” to “a different, personal deity” with “In Shep We Trust.”