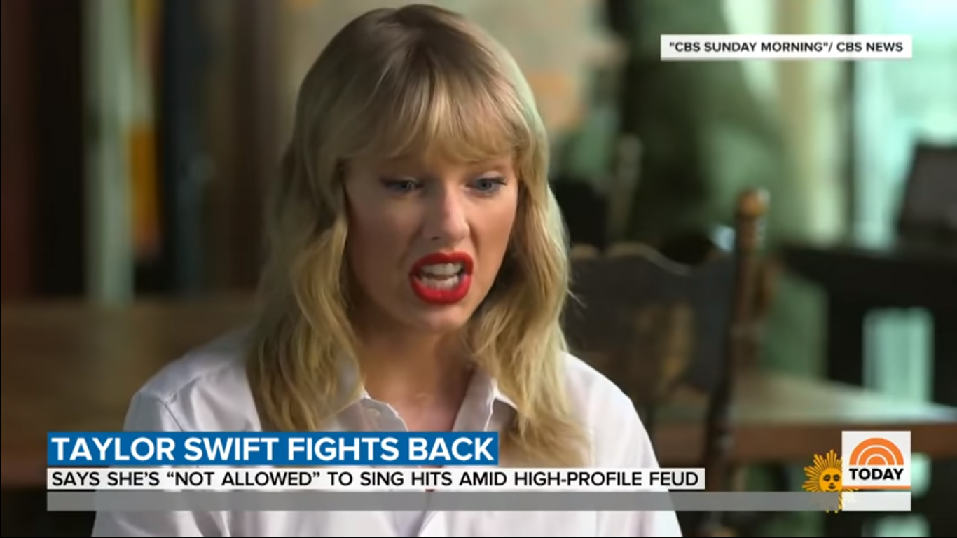 Yeah, now that's a cause that your average working American can get behind. And it is also a cause taken up by presidential candidate Elizabeth Warren which has resulted in widespread mockery. Okay, the mockery hasn't quite reached the levels inspired by the reaction to her hyping of a DNA test last year that revealed that Warren is maybe 1/1024 Native American but it is up there.

Warren tweeted her support for Swift in the multi-millionaire's contractual dispute with other millionaires that we should somehow care about as reported by Variety on Saturday in, "Elizabeth Warren Backs Taylor Swift in Big Machine Battle."

Taylor Swift’s battle with Big Machine has spilled into the political arena.

Democratic presidential candidate Elizabeth Warren retweeted Swift’s Thursday message about her former record label preventing her from performing her old hits at the American Music Awards, adding that Swift is “one of many whose work as been threatened by a private equity firm.”

Unfortunately, @TaylorSwift13 is one of many whose work has been threatened by a private equity firm. They're gobbling up more and more of our economy, costing jobs and crushing entire industries. It's time to rein in private equity firms—and I've got a plan for that. https://t.co/r2UD4CT1Ba

Swift’s initial post alleges that Scooter Braun and Scott Borchetta were essentially holding access to her older music hostage, telling her that if she wants to be able to perform the music at the AMAs, as well as use it in a three-years-in-the-making Netflix documentary, she would have to promise not to re-record the music and cease speaking poorly about them in public. Big Machine has denied her allegations.

If you want to dive into the legal minutiae of Taylor's dispute with fellow wealthy people you can find it at this November 15 Variety article. The main difference between this contractual dispute and countless others is that Swift has enlisted the support of her fan base (plus Elizabeth Warren) to somehow try to turn it into a noble cause for justice.

As you can guess, Warren's tweet in support of the very wealthy singer has resulted with much mockery in reply.

You're acting as though her music was not legally sold and that because she's female, she should have a magical "copyright laws don't matter" power.

Had enough of what is essentially a contractual dispute among the wealthy? No? Okay, just a little more of the entertaining mockery of Elizabeth Warren's very silly new cause.

It's called SELLING OUT. It has afforded her 8 mansions around the country! She sold her soul for a dollar! Boo hoo! I feel so terrible for her! Good grief our politicians are hacks!!

You got a plan for Taylor Swift......now I've heard everything. You have become the caricature of yourself. There's so much one could say...... pic.twitter.com/CJNqtzgjMK

There is a lot more of that in reply to Elizabeth Warren on Twitter so break out the popcorn and take a look for yourselves because the entertainment value is much greater than listening to Taylor Swift singing (or whining).

Exit question: Will any of the candidates at the Democrat debate this week have the guts to bring up Elizabeth Warren's silly new cause?