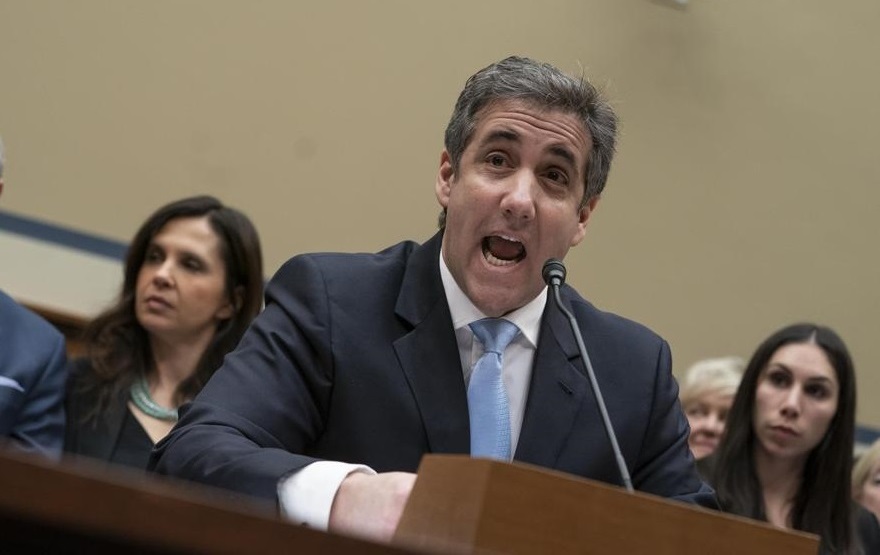 "Conservative" columnist Ross Douthat of the New York Times sounded like he was committing editorial-page heresy on Saturday for claiming that Michael Cohen's testimony before Congress last week cast doubt upon the validity of the Christopher Steele dossier which has been the main pillar of the quickly dissipating Trump-Russia collusion conspiracy theory.

It seems that Douthat is all alone at the Times for daring to explore the notion that Team Trump might not be evil geniuses in league with Putin just how weak the Steele dossier is based on Cohen's testimony in "The State of Russiagate." They may have been hapless bumblers.

In the window of calm between Michael Cohen’s testimony and the allegedly almost-at-hand delivery of Robert Mueller’s report, it’s worth returning for a moment to the document that established the darkest interpretation of all the Russian weirdness swirling around Donald Trump: the intelligence dossier created by Christopher Steele, late of MI6, on behalf of Trump’s political opponents, which brought together the reports and rumors that Steele deemed credible about the then-candidate, now-president’s Russia ties.

...While retaining an official agnosticism, my sense after Cohen’s testimony is that the odds are as low as they’ve been since this whole affair started, and the increasing likelihood is that the Steele dossier was, in fact, as Trump’s defenders have long described it — a narrative primarily grounded in Russian disinformation.

That’s because Cohen’s testimony dovetailed with the always-more-plausible narrative in which Trump and his circle weren’t collaborators but fools and wannabes, who might have been willing to play games with spies and hackers, but who mostly just bumbled around haplessly on the sidelines.

Hmmm......siding with Trump's defenders? Could that paragraph be incorporated into Douthat's auto da fé termination ceremony at the Times?

Meanwhile on every other Russia-related front, Cohen — with every reason to knife his former boss — offered dossier-discrediting denials. He never went to Prague to meet with Russian intelligence, as the dossier alleged, never heard anything about kompromat, and never had any direct evidence of Trumpian collusion with the Russians.

Is it possible that a real conspiracy was run without the knowledge of the president’s trusted and then-proudly shady fixer? In theory, yes; it could have all happened through figures like Paul Manafort, who we know shared campaign polling data, at least, with a Russian-intelligence-linked figure. But if the dossier’s claim of a years-long Trump-Kremlin entanglement and its claim of Cohen’s direct involvement are both looking implausible or false, then its claims about a sustained Manafort-managed collaboration should be treated extremely skeptically as well.

In which case the most likely l’affaire Russe endgame may be a special prosecutor’s report that doesn’t make Trump look good or decent or moral, but which implicitly exonerates him of conspiring with the Russians, and makes a lot of Mueller watchers extremely unhappy in the process.

Ironically, Douthat's support for one of the Steele dossier's claims has not actually been corroborated by the facts:

The Steele dossier made four big claims — or, since all those claims took the form of rumors and raw intelligence, let’s say that it raised four big possibilities. One of them, soon well corroborated, was that Russian intelligence was behind the hacks of the Democratic National Committee and the release of stolen emails through WikiLeaks.

Um, Ross, in case you aren't aware of it, let's remind you that the DNC refused to turn their server over to the FBI for inspection. You might also remember that Jussie Smollett refused to turn his cell phone over to the police so draw your own conclusion.