MSNBC has been relentlessly ripping into congressional Republicans as of late, and it appears their mockery is so pervasive that it can spread into completely unrelated discussions. On Saturday’s Weekends with Alex Witt, investigative journalist Nina Burleigh took a cheap shot at House Republican leaders Eric Cantor and John Boehner during a segment about the Amanda Knox saga.

Burleigh said she did not think Knox and her boyfriend should return to Italy to face retrial for the murder of Knox’s roommate. She warned of the Italian justice system: “I wouldn't go back there because their system is such that they can put them into jail again right away and hold them. And so you know, why would you go back?”


Then Burleigh branched out into American politics: “Maybe we should send Cantor or Boehner over there to sit in for her. That would solve a lot of our problems.”

Burleigh is the same woman who once wrote a magazine article detailing her lust for Bill Clinton. She even declared of the then-president, “I'd be happy to give him [oral sex] just to thank him for keeping abortion legal.” Apparently her desire for powerful men does not extend to Boehner and Cantor. Instead, she fantasizes about seeing them locked up in an Italian jail cell. We can only imagine how many other liberal journalists secretly share that fantasy. 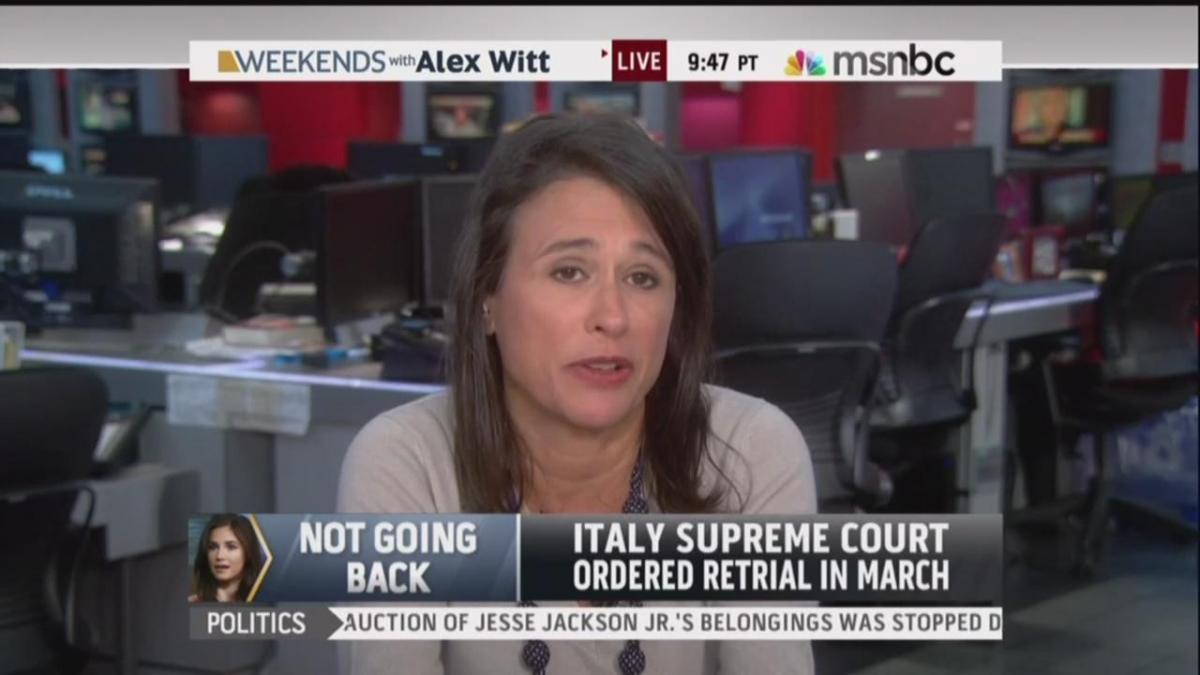 ALEX WITT: Joining me now, award-winning investigative journalist and author of the New York Times bestseller Fatal Gift of Beauty, Nina Burleigh. Hey Nina, nice to see you. Thanks for joining us. So you just heard Amanda Knox say she's not going back to Italy to face this all over again. Is there any new evidence that will come out at this trial?

NINA BURLEIGH: No, it's an appellate decision that basically – they're just going to retry the trial. And there is no new evidence. I think that the supreme court over there just decided, you know, there are millions and million of Italians and Americans who still think that these two kids are guilty. And I think they wanted to take the case out of Perugia and put it into Florence. And if I were the two of them – I mean, Sollecito, the boyfriend, is hiding out in the Caribbean apparently. I mean, it just goes on and on. I wouldn't go back there because their system is such that they can put them into jail again right away and hold them. And so you know, why would you go back? Maybe we should send Cantor or Boehner over there to sit in for her. That would solve a lot of our problems.