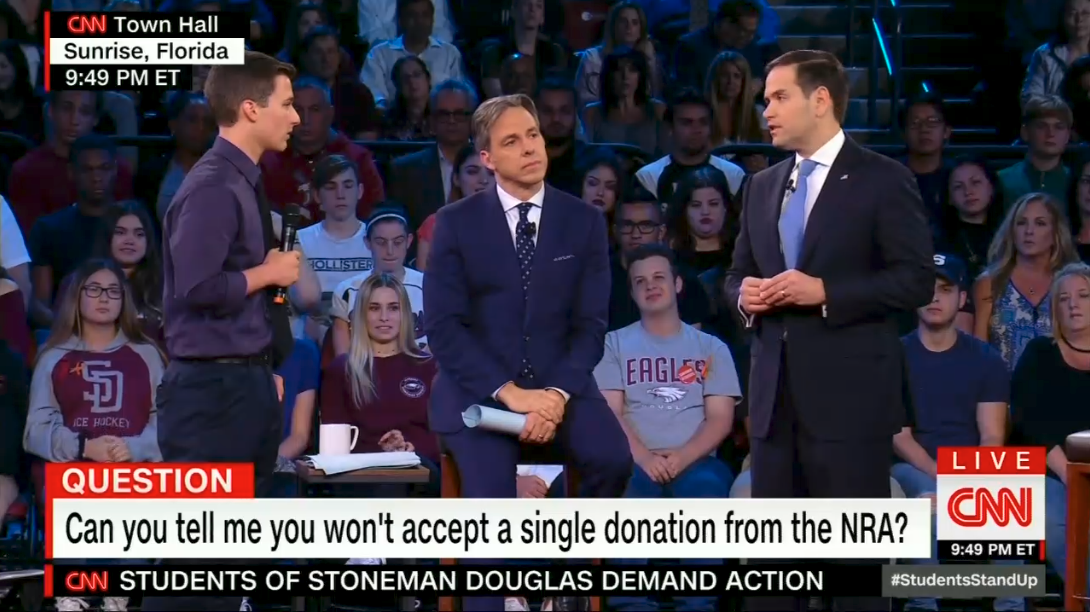 You probably remember CNN’s town hall to promote gun control and gun grabbing in Parkland, Florida last year. It’s hard to forget such a disgraceful display of exploitation, naked partisanship, and vile hatred. Oh, and let’s not overlook the fact that host Jake Tapper was the ring leader enabling the circus.

On Tuesday, the Norman Lear Center bestowed their Walter Cronkite Award “for excellence in television political journalism” on CNN and Tapper for their efforts:

CNN Parkland Town Hall, a two-hour special, aired only seven days after 17 students and teachers were murdered by a gunman at Marjory Stoneman Douglas High School. In this “compelling and powerful” forum, moderator Jake Tapper deftly gave generous space to speak to gun control advocates, politicians, Parkland students, parents and a representative from the NRA. The program helped “advance the national conversation on gun control and violence,” the jury said.

“Advance the national conversation?” That’s code for: advancing the liberal agenda (gun control in this case) under the facade of legitimate reporting.

Of course, always eager to toot their own horn, CNN was swift to congratulate themselves for being a liberal policy mouthpiece. “CNN's Parkland Town Hall has been honored with a @CronkiteAward. Congrats to @jaketapper and team who helped "advance the national conversation on gun control and violence." @LearCenter,” CNN Communications said in a tweet.

NLC director Marty Kaplan was quoted on Twitter proudly proclaiming: “If the press is the ‘enemy of the people, then being on this ‘enemies’ list is a badge of honor for these exceptional journalists.”

From the get-go, Tapper kicked back and allowed the event to go off the rails and spiral into a French Revolution-style show trial against Florida Senator Marco Rubio (R) and NRA spokeswoman Dana Loesch.

Near the top of the show, enraged Parkland student Cameron Kasky lashed out and claimed that when he looking at Senator Rubio he saw the shooter:

I'm sorry, I know I'm not supposed to do this, but I'm not going to listen to that. Senator Rubio, it's hard to look at you and not look down the barrel on an AR-15 and not look at Nikolas Cruz, but the point is: You're here and there are some people who are not. 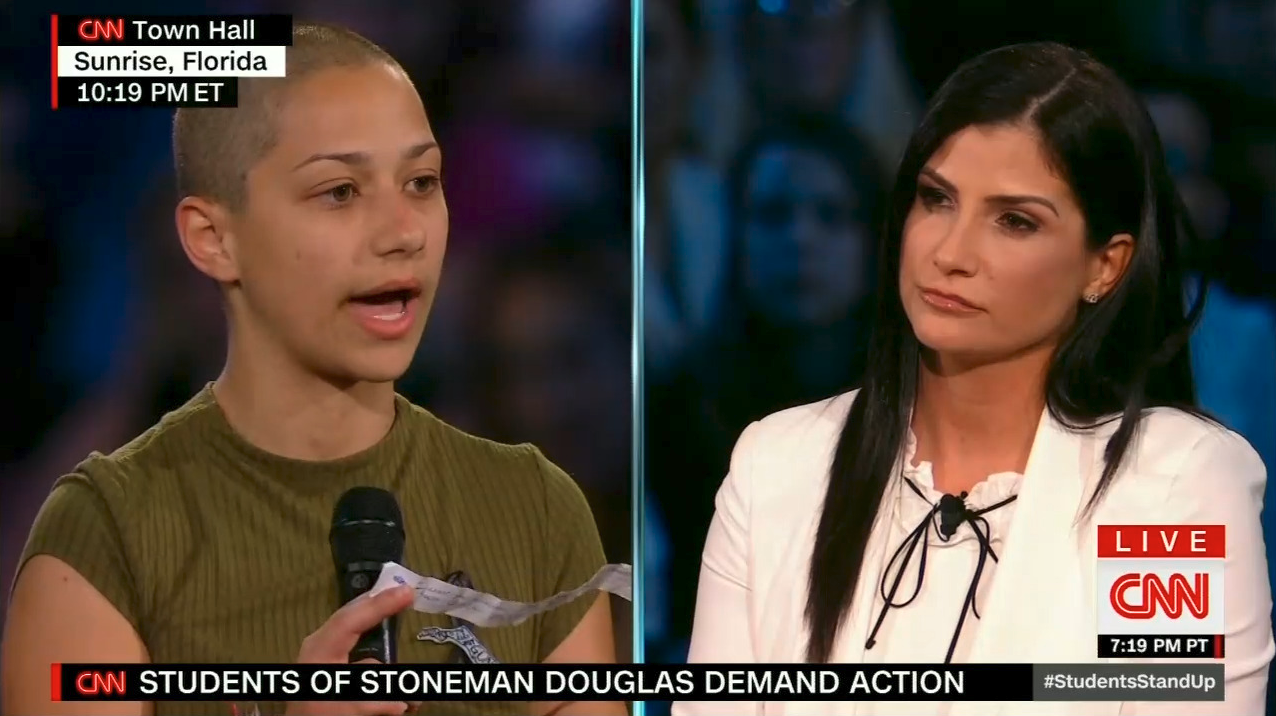 Moments later, Kasky targeted Loesch with this shot, not caring enough to use her name:

I wished I could have asked the NRA lady a question. I wish the NRA lady – I could have talked too because I would ask her, how she can look in the mirror, considering the fact she has children, but maybe she avoids those.”

To Kasky’s credit, since then, he’s expressed remorse and regret for how he acted. That’s more responsibility that Tapper showed at the event when he said and did nothing, and has since defended that inaction.

Alright. Dana Loesch, I want to know that we will support your two children in the way that we will not — you will not. The shooter at our school obtained weapons that he used on us legally. Do you believe that it should be harder to obtain the semi-automatic and weapons — weapons, and the modifications for these weapons to make them fully automatic like bump stocks?

Loesch was outraged Tuesday after seeing CNN boast of their political award. “Is this a joke? Seriously,” she said at the start of a blistering thread on Twitter.

In numerous videos Loesch has since shared, the raging crowd can be heard shouting “shame on you” as she and others walked by. “I showed up in good faith for genuine conversation knowing that at best, it would be a tough event,” she explained before blasting the liberal entertainment network. “The lengths @CNNPR went to inflame emotions & exploit pain to *put on a show* is inexcusable, shameful, & it’s grotesque they’re celebrating getting an ‘award’ for their conduct.”

“CNN set this up like a WWE event. Purposefully,” she added. “They allowed Scott Israel to take the stage before the cameras turned on and electioneer; he took that time (about 20 minutes) to start blaming law-abiding gun owners.” Tapper refused to hold Israel to account for his department’s poor handling of the shooter’s many red flags until days later on State of the Union, after receiving backlash for his terrible moderating.

After CNN and Tapper allowed the crowd to get whipped up into a frenzy, Loesch said a woman tried to attack her, to Tapper’s apparent indifference. “After the broadcast ended, one of my detail had to stop a woman who rushed the stage to tackle me from behind. That is when Tapper asked me if I had an escort out. I am positive that CNN’s cameras, still operational, observed this and would like for them to release the footage.”

“Those with integrity would reject this absolute sham of an award. But, narratives and ratings. Congrats on the ‘show,’ CNN. Applause, applause,” she concluded.

In another tweet, Loesch sarcastically asked if CNN was going to thank her for helping them win the sham award:

Curious — where is my share of the award? You needed a villain to abuse and I was the only one on the stage relating the facts later cited as the exact reasons why the sheriff you exalted was removed from his job. Let me know when I can expect an on-air invite for acknowledgment

Proving how petty he was, Tapper apparently unfollowed Loesch on Twitter following her criticism, according to Loesch. On a related note, Tapper once blocked this author after a tweet noting how he won (and proudly accepted) the “Thunder C**T Award” from TBS’s Samantha Bee.

But it’s fitting that the CNN and Tapper received an award bearing Cronkite’s name. Cronkite was a liberal shill masquerading as a straight newsman. This is CNN.