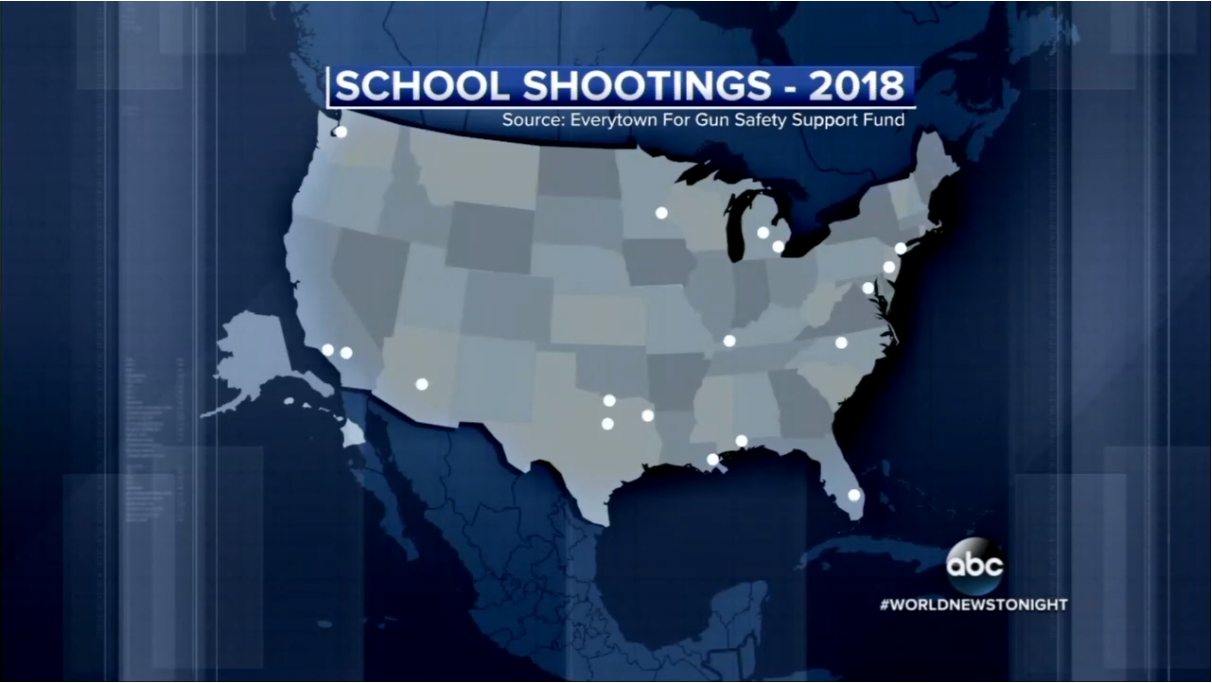 In the immediate aftermath of Wednesday’s school shooting at a Parkland, Florida high school, the liberal media sprinted to push gun control while vigorously waving a ridiculous school shooting statistic put out by the anti-gun lobbyist group, Everytown for Gun Safety. According to their numbers, there had been 18 school shootings since the start of 2018. The only problem? It was bogus. So much so, even the liberal Washington Post found the need to call out them and the rest of the media.

As the Media Research Center reported early Thursday morning, the Wednesday evening broadcasts of ABC’s World News Tonight, NBC Nightly News, and the CBS Evening News, as well as CBS's live coverage immediately following the shooting, all held up the statistic to slam America as the gun crime rampant hell-scape.

But as The Post explained Thursday afternoon, “it is a horrifying statistic. And it is wrong.”

“The figure originated with Everytown for Gun Safety, a nonprofit, co-founded by Michael Bloomberg, that works to prevent gun violence and is most famous for its running tally of school shootings,” authors John Woodrow Cox and Steven Rich wrote. “Everytown has long inflated its total by including incidents of gunfire that are not really school shootings.”

The duo called out liberal politicians and aloof celebrities for pushing the misleading stat and then shamed their journalist colleagues for spreading the fake news: “News organizations — including MSNBC, ABC News, NBC News, CBS News, TIME, MSN, the BBC, the New York Daily News and the Huffington Post — also used the number in their coverage. By Wednesday night, the top suggested search after typing ‘18’ into Google was ‘18 school shootings in 2018.’”

Cox and Rich also found that:

Just five of Everytown’s 18 school shootings listed for 2018 happened during school hours and resulted in any physical injury. Another three appeared to be intentional shootings but didn’t hurt anyone. Two more involved guns — one carried by a school police officer and the other by a licensed peace officer who ran a college club — that were unintentionally fired and, again, led to no injuries. At least seven of Everytown’s 18 shootings took place outside normal school hours.

That same media that had spent the last 13 months complaining about the Trump administration’s aversion to telling the truth proved themselves to be hypocrites by pushing a bogus trumped up statistic to aid their anti-gun agenda.