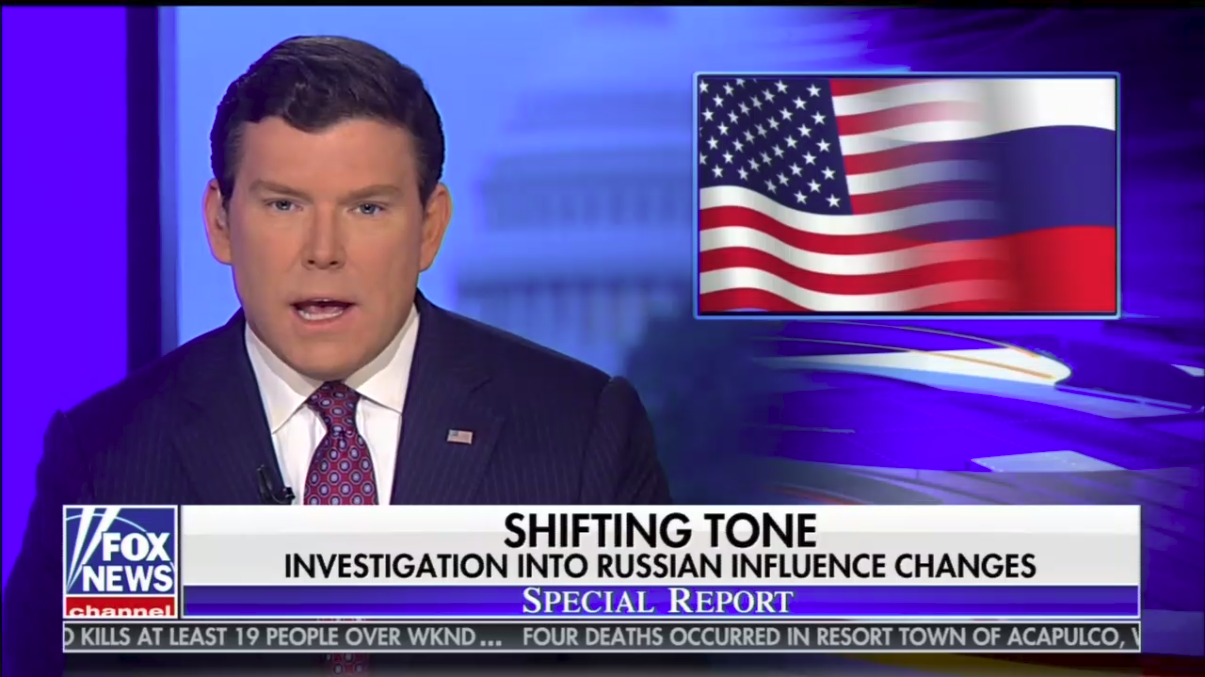 The Big Three networks (ABC, CBS, and NBC) appear to be fed-up with Russia investigations. In the last few days, there had been numerous new developments in the Russian election interference investigation and other Russia influence related investigations.

The breaking news included a possible criminal investigation by Special Counsel Robert Mueller and the FBI tracking Russian spies trying to get close to Hillary Clinton, all of which had gone largely unreported during their broadcasts even though one of the stories was an NBC exclusive.

Following NBC’s lead from earlier Monday morning, both ABC's World News Tonight and CBS Evening News ignored NBC’s report exposing how “Tony Podesta and the Podesta Group are now the subjects of a federal investigation being led by Special Counsel Robert Mueller.” Tony Podesta was the brother of John Podesta who was the campaign chairman for Hillary Clinton. NBC Nightly News also omitted it from there broadcast.

It was an investigation that might actually go somewhere, because as reported by NBC online:

The sources said the investigation into Podesta and his company began as more of a fact-finding mission about the ECMU and Manafort's role in the campaign, but has now morphed into a criminal inquiry into whether the firm violated the Foreign Agents Registration Act, known as FARA.

As for the Russian spies trying to get close to Clinton: It had been 6 days since The Hill first broke the story of how the FBI was tracking a Russian bribery plot aimed at gaining influence to aid in their purchasing of Uranium One, which included donations to the Clinton Foundation. And late on Sunday, another report by The Hill explained hot the FBI monitored spies as they moved into positions close to power before being arrested.

CBS's John Dickerson was the only network personality to ever dare bring this report up about the Clintons. Unfortunately, Dickerson did appear to be the lone outlier.

In a separate development, an Obama era deal in which a Russian backed company bought a uranium firm with mines in the U.S. is under fresh scrutiny by the House Oversight Committee. Hillary Clinton dismissed the story.

“I would say it’s the same baloney they have been peddling for years. And there's been no credible evidence by anyone,” Clinton claimed in an interview.

And in relation to the election-meddling investigation, former President Jimmy Carter came out over the weekend and backed up President Trump on that Russia matter. “He does not think there's any evidence that Russians changed enough votes or any votes in last fall's election to change the result,” reported Fox News Anchor Bret Baier on Monday.

Carter also argued that “the media have been harder on Trump than any other president certainly that I’ve known about.” And there was truth to back up those words. The networks had ignored Carter’s positive comments about Trump while fawning all over former presidents George W. Bush and Barack Obama beating up on him.

Instead of reporting on the Russia stories unrelated to Trump, they filled their airtime with drivel. CBS did a full report on the California wildfires destroying part of the state’s marijuana crop. ABC talked about motorcycle cops doing stunts. And NBC once again ignored their own Russia reporting while opting to report on a rumor about Trump attacking 401(k)s, the World Series being played in hot weather, a video of a high school volleyball player jumping over a teammate, and the French President’s dog peeing on a fireplace.

BRET BAIER: There is evidence tonight that the Special Counsel investigation into Russian interference in last fall's election may be changing course, or at least shifting tone. Chief Intelligence Correspondent Catherine Herridge has the latest information.

CATHERINE HERRIDGE: The Special Counsel Robert Mueller's office is exploring whether Democratic lobbyist Tony Podesta’s firm violated the Foreign Agents Registration Act when it worked on behalf of Ukraine. In a statement, a spokesperson for Podesta, who is the brother of former Hillary Clinton campaign manager John Podesta, said they complied with government rules and are fully cooperating with investigators.

HERRIDGE: In a separate development, an Obama era deal in which a Russian backed company bought a uranium firm with mines in the U.S. is under fresh scrutiny by the House Oversight Committee. Hillary Clinton dismissed the story.

HILLARY CLINTON: I would say it’s the same baloney they have been peddling for years. And there's been no credible evidence by anyone.

HERRIDGE: The deal was stuck when Clinton was secretary of state with some investigators working with Bill Clinton and reportedly contributing to the family foundation. Clinton went further today, calling out the President and his allies.

BAIER: Former Democratic President Jimmy Carter says he does not think there's any evidence that Russians changed enough votes or any votes in last fall's election to change the result.