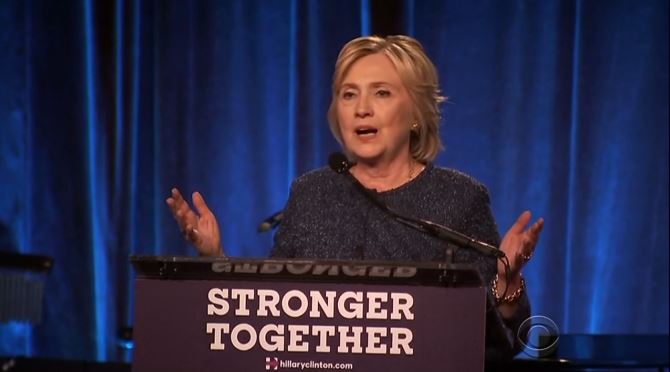 In Rolling Stone magazine, writer Matt Taibbi gave a surprisingly sober (if socialist) review of a new book written by reporters Jonathan Allen and Amie Parnes that provided a detailed inside look at the failed Hillary Clinton 2016 presidential run.

A book that Taibbi described as a book filled with scenes of “brutal but unintentional comedy” of the Clinton campaign, Shattered: Inside Hillary Clinton’s Doomed Campaign depicted an confused campaign team that engaged in an "exhausting and fruitless search for a plausible explanation for why Hillary was running."

What Allen and Parnes captured in Shattered was a far more revealing portrait of the Democratic Party intelligentsia than, say, the WikiLeaks dumps. And while the book is profoundly unflattering to Hillary Clinton, the problem it describes really has nothing to do with Secretary Clinton.

The real protagonist of this book is a Washington political establishment that has lost the ability to explain itself or its motives to people outside the Beltway.

Allen and Parnes wrote: “All of the jockeying might have been all right, but for a root problem that confounded everyone on the campaign and outside it… had been running for president for almost a decade and still didn't really have a rationale.”

In fact, the campaign even considered the possibility of telling voters Clinton was running “Because it’s her turn.” It sounds like the 1996 Bob Dole campaign. Team Clinton's mission-statement problem "became such a millstone around the neck of the campaign that staffers began to flirt with the idea of sharing the uninspiring truth with voters."

Lack of communication can also be considered as another reason of why the campaign failed. One such example was in May of 2015 when Clinton was asked by her communications chief Jennifer Palmieri who Clinton would want to be interviewed by first:

In May of 2015, as Hillary was planning her first major TV interview – an address the campaign hoped would put to rest criticism Hillary was avoiding the press over the burgeoning email scandal – communications chief Jennifer Palmieri asked Huma Abedin to ask Hillary who she wanted to conduct the interview…

The answer that came back was that Hillary wanted to do the interview with “Brianna.” Palmieri took this to mean CNN's Brianna Keilar, and worked to set up the interview, which aired on July 7th of that year. Unfortunately, Keilar was not particularly gentle in her conduct of the interview. Among other things, she asked Hillary questions like, “Would you vote for someone you didn't trust?” An aide describes Hillary as “staring daggers” at Keilar. Internally, the interview was viewed as a disaster.

It turned out Clinton was talking about Bianna Golodryga – the anchor from Yahoo! News who was married to Peter Orszag, an official in both the Obama and Bill Clinton administrations. Obviously, *that* Bianna would’ve thrown more softball questions.

Lack of trust is also another possible reason Clinton’s campaign collapsed. In a conference call with speechwriters, Clinton acted more like she was addressing an audience of supporters as opposed to her campaign staff. Clinton was afraid someone in her camp would leak anything she said to the press.

Clinton believed “disloyalty” and “treachery” was the cause of her 2008 failed campaign.  Clinton went as far to dig through the emails of her 2008 staff members:

After that race, Hillary had aides create "loyalty scores" (from one for most loyal, to seven for most treacherous) for members of Congress. Bill Clinton since 2008 had "campaigned against some of the sevens" to "help knock them out of office," apparently to purify the Dem ranks heading into 2016.

Beyond that, Hillary after 2008 conducted a unique autopsy of her failed campaign. This reportedly included personally going back and reading through the email messages of her staffers:

She instructed a trusted aide to access the campaign's server and download the messages sent and received by top staffers....She believed her campaign had failed her — not the other way around – and she wanted ‘to see who was talking to who, who was leaking to who,” said a source familiar with the operation.

Another reason was discounting Clinton’s presidential rival Bernie Sanders. They considered his campaign  “a cheap stunt by an illegitmate back-bencher.” Allen and Parnes wrote the Clinton camp didn’t want to take the chance of putting down Sanders “like a junkyard dog” because he was liked by so many, “which meant going negative would backfire.”

Taibbi summed up his article by speaking about the Democrats disconnection from their base of left-wing [Sanders-loving] voters, which was the final nail in the coffin of Clinton’s failed campaign:

Shattered is what happens when political parties become too disconnected from their voters. Even if you think the election was stolen, any Democrat who reads this book will come away believing he or she belongs to a party stuck in a profound identity crisis. Trump or no Trump, the Democrats need therapy – and soon.