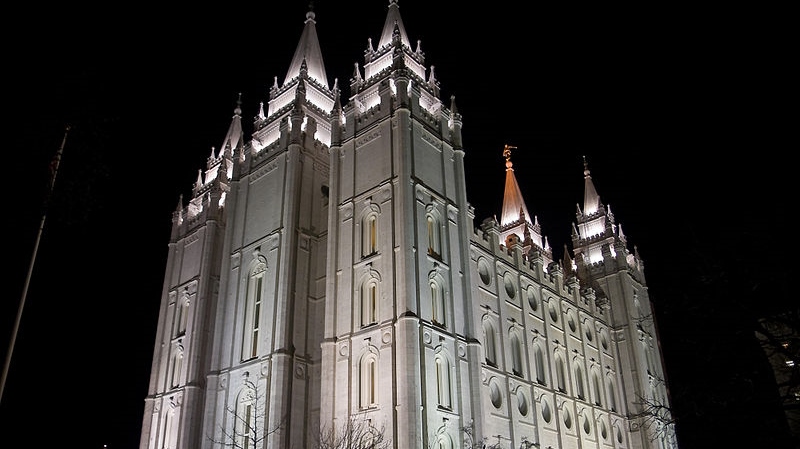 Last week, The New York Times wrote a staff editorial about the Mormon Church and their refusal to baptize the children of same-sex couples. The headline was “Stung by Edict on Gays, Mormons Leave Church.” They were offended these children were defined as “apostates” and not allowed to become church members until they were adults and renounce the idea that "marriage" is an incredibly elastic institution.

The Times wrote: “The response of hundreds of members of the church was powerful.  In recent days, Mormons have been leaving the church in droves, saying they no longer feel at home in an institution that so resolutely excludes a segment of the population that has become increasingly visible, legally protected and socially accepted in America.”

In an earlier story, the Times found that nearly 1,500 people resigned during a “mass resignation” on November 14. There are nearly 15 million members in the Mormon Church, so if 1,500 resignations constitute a “massive drove,” they may want to rethink their math – that’s only about 0.01 percent of the church who “resigned,” and most of those resigning were what you could call inactive or fallen members of the church.

Larger droves are leaving mainline liberal churches like the Episcopalians. Larger droves are falling away from the circulation of The New York Times. It’s a little funny to see the Times, which can count its conservative journalists on its staff on one hand (unless they’re “closeted”) protest “resolutely excluding” legally protected, socially accepted Americans.

Yet, as the Times points out, “The exclusion of children, in particular, has stoked painful soul-searching among devout and nonpracticing Mormons, including many who had faded away from the church, but were content to remain on its rosters,” including Kate Kendell, a gay rights activist who was raised Mormon. Kendell says she never expected to 'formally' cut ties with the church until she learned of this new guidance, and found 'it was the gratuitously cruel and stigmatizing treatment of children that pushed me to disavow the church of my childhood.'”

Kendell, the leader of the National Center for Lesbian Rights since 1996, recently wrote an op-ed for The Washington Post admitting she didn’t care at all about church membership, considering it a dead letter: “Even at the height of church involvement in the passage of Proposition 8 in California, I never seriously considered removing my name. It just didn’t matter that much to me. Spiritually and emotionally, I left the church I grew up in decades ago.”

The Times insincerely proclaimed “Religious organizations are entitled to set doctrine. Mormon leaders view heterosexual marriage as vital to eternal salvation. But those that continue to label sex between people of the same gender a sin, and perpetuate harmful stereotypes, should expect a reaction from their congregations.”

As the Times itself has reported, the Mormons have restated their church beliefs at the same time that their political stance has lunged toward the pragmatic: “The church is walking a fine line between on the one hand recognizing the reality of changing mores in American society externally, but internally holding the line on its own doctrinal rigor — its own beliefs and teachings,” said a Notre Dame expert, David Campbell.

The fact is, the Mormon Church and its core beliefs haven’t changed -- so it should come as no surprise to anyone when the church restate their beliefs – whether you agree with them or not.  The fact that so many “fallen” Mormons who are only now deciding to take issue with this shows their politicization of the church, and the fact that the Times wrote such an editorial only shows they feel churches don't really have a right to their theology. And that when such a church begins to soften on these political matters outside the church, the Times is still hoping to soften it on the inside as well.