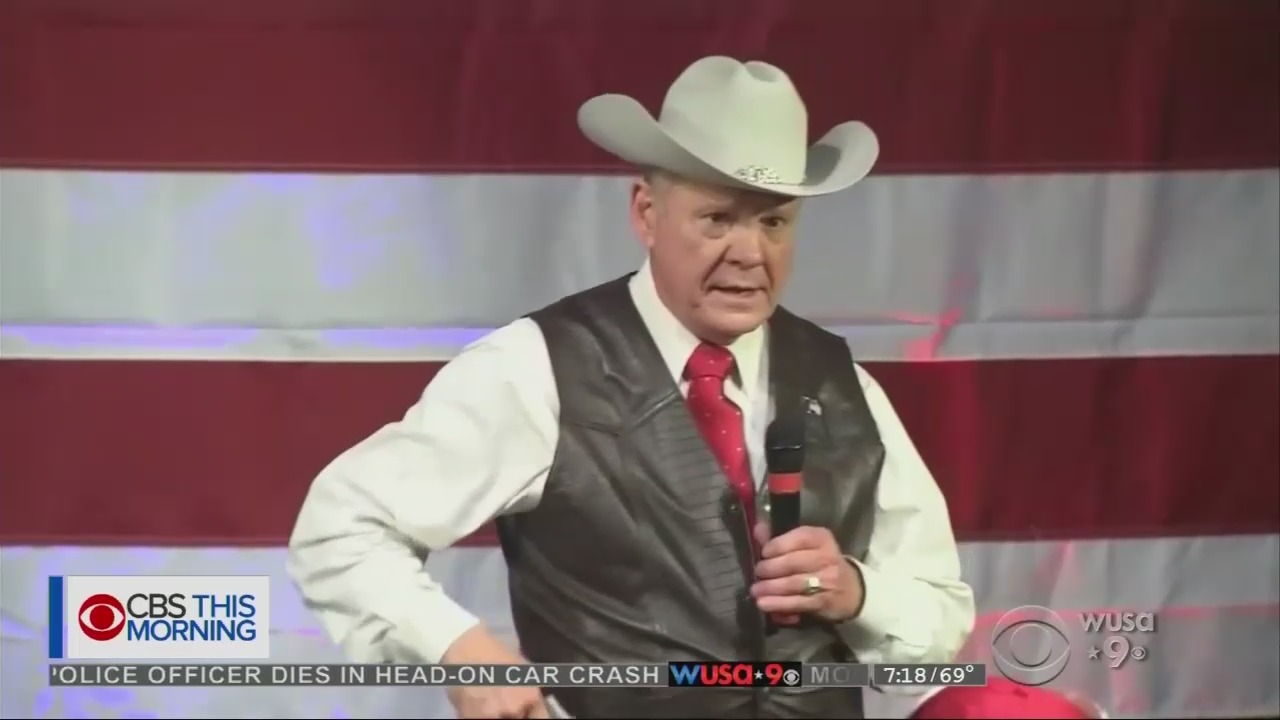 Jay Reeves and Kim Chandler did their best to portray Republican Senate candidate Roy Moore as an extremist in a Wednesday item for the Associated Press. The pair led their report by playing up that Moore "wouldn't stand a chance in many Senate races after defying federal court orders, describing Islam as a false religion, calling homosexuality evil and pulling out a revolver on stage before hundreds of supporters."

They also pointed out that the politician's home of Alabama is "a state where George C. Wallace, who famously vowed 'segregation forever' and defied court orders, won four terms as governor."

Reeves and Chandler followed their Moore-as-radical portrayal in their lead paragraph by noting that the conservative Senate candidate "prevailed Tuesday...by defeating an opponent backed by both President Donald Trump and deep-pocketed allies of Sen. Mitch McConnell."

They added that "as hard as it may be to understand in liberal cities such as New York or San Francisco, Moore is widely popular across a mostly white, Christian-dominated state where voters have repeatedly embraced outsiders who campaign on embracing God and rebuffing authority."

After dropping their reference to former Governor Wallace and his infamous "segregation forever" quote, the AP journalists emphasized that Alabama is "a place where campaign commercials often depict politicians at a church, praying or holding a Bible." They continued by detailing that "Moore wraps all that into a single package....He's also a horse-riding, gun-toting Vietnam veteran who has talked for his entire public career about acknowledging the God of the Christian Bible."

The pair then spent several paragraphs spotlighting the Republican candidate's appeal with quotes from a supporter and his campaign manager. They noted, however, that Moore's "appeal isn't universal. Danny Barry, a Christian who works as a landscaper in suburban Birmingham, said he supported [Luther] Strange mainly because he didn't like the way Moore ignored court rulings to display the Ten Commandments in judicial buildings." Barry lamented that the politician's past actions "make us look like a bunch of backwoods rednecks."

Later in their article, Reeves and Chandler cited David Azbell, a Republican strategist, who contended that "years of fighting for the Ten Commandments had made Moore unusually popular in Alabama." Azbell underlined his point by stating, "The perception is that Moses has endorsed Roy Moore."

Earlier, the duo had mentioned that Moore had been "removed as chief justice of the Alabama Supreme Court twice after higher courts found he rejected rulings regarding Ten Commandments displays and gay marriage."

The AP writers also revisited their point about Alabama's racially-charged past by highlighting that the Republican's opponent in the general election, Doug Jones, is "an attorney best known for prosecuting the final two Ku Klux Klansmen convicted of setting the bomb that killed four black girls at Birmingham's 16th Street Baptist Church in 1963."

They concluded their report by pointing out that at his "victory party in Montgomery that included hymns and a lengthy prayer, Moore showed he doesn’t plan to veer from the formula that brought him this far. 'We have to return the knowledge of God and the Constitution of the United States to the United States Congress,' Moore told a cheering crowd."