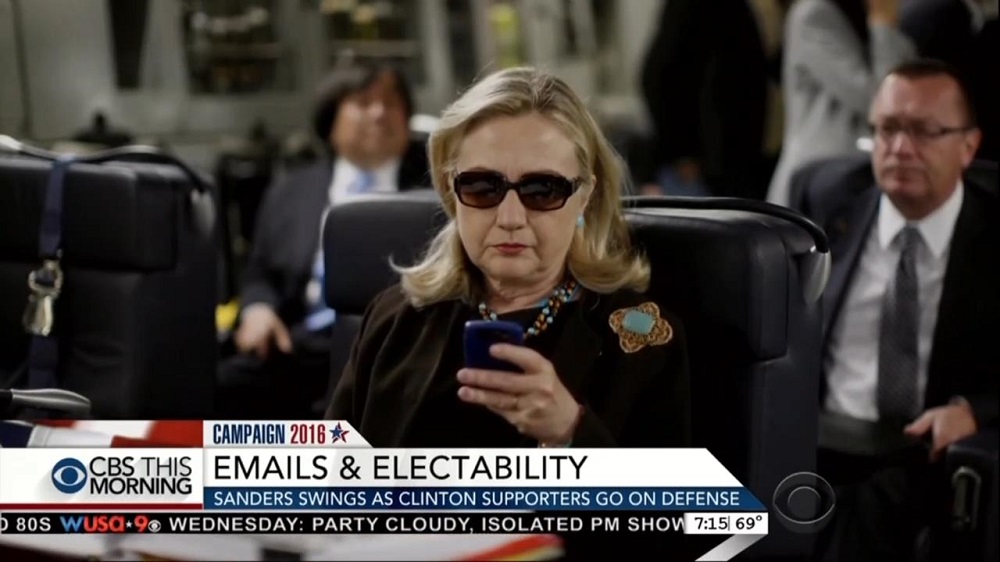 As of Thursday afternoon, the Big Three networks, along with CNN, MSNBC, and Fox News, have yet to air one segment or news brief on the Associated Press's Wednesday report that spotlighted that "the names of CIA personnel could have been compromised...by hackers who may have penetrated Hillary Clinton's private computer server or the State Department system." There were only passing mentions of the AP scoop on Thursday's Fox & Friends on Fox News Channel, and by a conservative guest on Wednesday's Anderson Cooper 360 on CNN. [video below]

Correspondent Deb Riechmann detailed how "at least 47" of the 55,000 e-mails from Mrs. Clinton's server "contain the notation 'B3 CIA PERS/ORG,' which indicates the material referred to CIA personnel or matters related to the agency. And because both Clinton's server and the State Department systems were vulnerable to hacking, the perpetrators could have those original emails."

Riechmann turned to Stewart Baker, a former assistant secretary of homeland security, who underlined, "Start with the entirely plausible view that foreign intelligence services discovered and rifled Hillary Clinton's server." The correspondent then explained that if that, indeed happened, "those infiltrators would have copies of all her emails with the names not flagged as being linked to the agency." Baker later detailed another possible "instance where Clinton's server might have been hacked."

STEVE DOOCY: She [Hillary Clinton] got some good questions by Bret Baier, but there — there was a time restriction. They said, okay, Bret: you've got like seven or eight minutes with Mrs. Clinton. The headline out of that is — the interview with Fox News — she said there is zero chance that the FBI investigation is going to be a problem for her as she marches on to the presidency—

AINSLEY EARHARDT: Right. Whether or not she gets indicted, who knows?

DOOCY: She didn't break any rules—

BRIAN KILMEADE: Right. The AP reported that there might be a CIA name, in one of her e-mails, that got out. So, we'll see where that go — what that says.

KAYLEIGH MCENANY, CONSERVATIVE COLUMNIST: We get new news every day. The Associated Press just broke news hours ago that there's a chance that Hillary Clinton e-mails could have exposed the identities of CIA operatives. There's a chance that that could have happened. They also mentioned aides having to unplug the server when there was potentially hackers going into the State Department. There's a lot of new details breaking day to day.