Joe Scarborough went on a screaming anti-Zuckerberg rant on Wednesday's Morning Joe. The gist, per Scarborough, was that Zuckerberg is insufficiently censoring far-right groups and foreign manipulators on Facebook -- although Scarborough pointedly declined to mention Facebook by name, referring to it only as "Zuckerberg's website".

Joe started out calmly, but got increasingly agitated, and ultimately pegged the sound system several times [as at 1:25, 3:50, and 4:35 in the clip]. And the obsessed Scarborough mentioned Zuckerberg by name at least 18 times during the segment.

Along with repeatedly accusing Zuckerberg of greed, Scarborough similarly blasted Facebook executive Sheryl Sandberg by name several times. If you didn't know it was Joe, you might have thought it was an anti-Semitic crank denouncing these two "Bergs" for their "billions."

Early on, Scarborough gave away the game as to why he was so upset, alluding to Zuckerberg permitting the Lori Klausitis allegations on Facebook. And Joe made screaming demands that Congress do something to hold these billionaires "liable." From there, he went on to lecture dramatically that soldiers scaled the cliffs of Normandy and fought Islamic terrorists to protect democracy, and Zuckerberg is undermining it.

One thing that Joe conveniently omitted from his long rant: Zuckerberg's announcement of yesterday that Facebook will "clamp down" on election interference, and will set up a "Voting Information Center" with information on how to register and vote. Facebook will also offer an option to turn off all political ads.

Poor Joe seems to be losing it. Last month, Scarborough, in full TDS mode, repeatedly yelled at the camera. And back in April, his anguished screams got so bad that his concerned wife, Mika Brzezinski, asked Joe if he was okay, and suggested he might want to take a break. Sad. 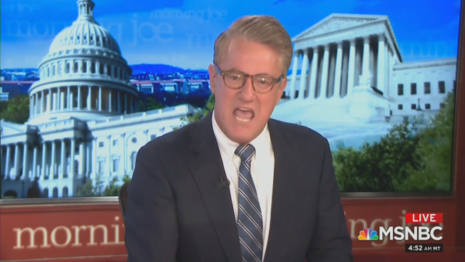 JOE SCARBOROUGH: I’ve seen a lot of insincere statements put out. I’ve got to say, Mark Zuckerberg talking about how deeply saddened he was by the things that he’s seen the president say —

MIKA BRZEZINSKI: No, he’s not.

SCARBOROUGH: Is near the top of it, considering that he makes billions of dollars off of spreading lies and letting people spread lies, hateful lies that, well, I can tell you in my case, is torturing the lives of a family who lost their daughter and their wife 19 years ago. But you can say the same thing about a 75-year-old man who’s fighting for his life, has a cracked skull, can’t walk —

And so, when you find that a federal officer is mowed down, is killed by a right-wing extremist group! And it is Mark Zuckerberg whose platform is promoting that group by pushing people to that group? Then his words are meaningless! 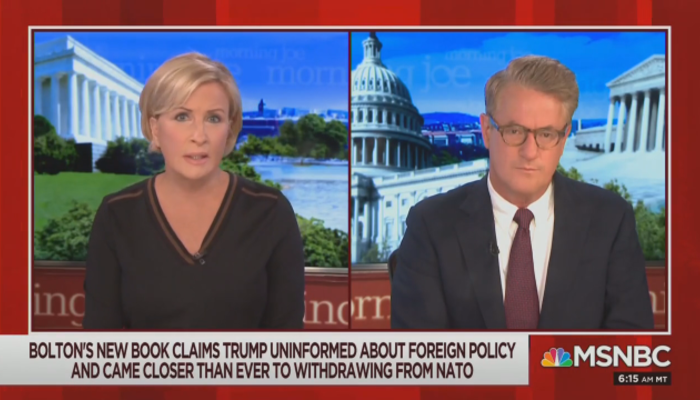 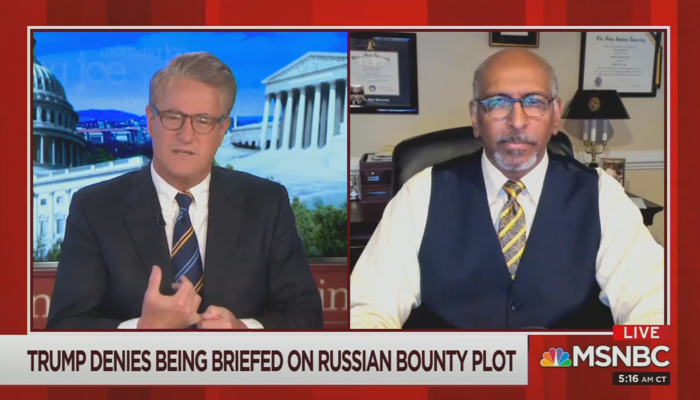