CBS and ABC Ignore Biden 'Terrorist' Dust Up; NBC Only Promotes His Denials

On Monday, Politico reported that "several sources" in a private meeting of House Democrats confirmed that Vice President Joe Biden accused Tea Party Republicans of having "acted like terrorists." CBS and ABC completely punted the story on their evening and morning newscasts. NBC made mention of the controversy, but only to further Biden's denial of having made the comment.

CBS's omission was particularly stunning given that Evening News anchor Scott Pelley interviewed the Vice President on Monday. Politico noted that Pelley actually did ask about the 'terrorist' remark: "'I did not use the terrorism word,' Biden told CBS Evening News anchor and managing editor Scott Pelley." However, Pelley's question and Biden's denial were completely scrubbed from the portion of the interview aired on Monday's Evening News or Tuesday's Early Show. 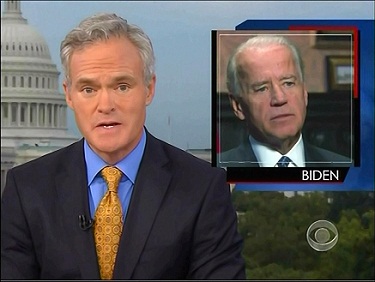 What part of the interview did make the cut? This exchange in which Pelley invited Biden to decry incivility in Washington:

SCOTT PELLEY: Having watched all of this over the last few weeks, has Washington lost its ability to make deals and talk to each other? There has been so much name-calling, so much finger-pointing. 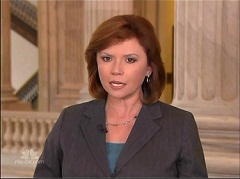 On NBC's Nightly News, Capitol Hill correspondent Kelly O'Donnell reported: "...the Vice President was in a heated meeting with liberal Democrats in the House, many of them were throwing around terms like 'terrorist' and 'hostage takers,' referring to the Tea Party. Tonight, the Vice President's office says he didn't use those words and doesn't believe it's appropriate fo political discourse, but members did." She failed to point out Politico's "several" Democratic sources claiming otherwise.


In addition, in the taped report that followed, O'Donnell declared: "The Vice President met privately for hours with House and Senate Democrats to take the heat and cool some tempers."

On Tuesday's NBC Today, O'Donnell didn't even mention Biden's denial, but simply explained that he had gotten "caught up in that conversation" of House Democrats calling Tea Party members of Congress terrorists.