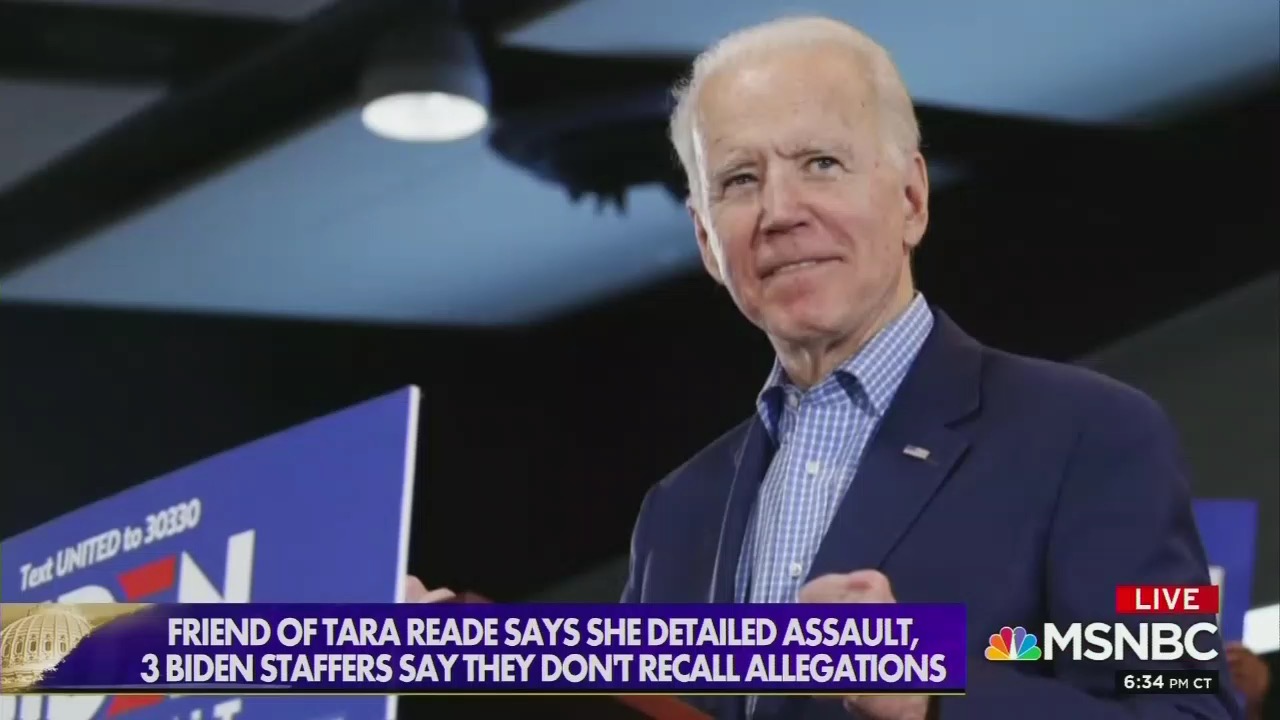 It’s been almost three weeks since a former staffer for Joe Biden, Tara Reade, came out and told the media she had been sexually assaulted by the former vice president and 2020 Democrat frontrunner. Yet the big three television news networks could care less. There has been a total blackout of the serious allegation on ABC, NBC and CBS.

In a Rolling Stone podcast March 25, Reade, a lifelong Democrat, claimed Biden forcibly pinned her against a wall and penetrated her with his fingers in his Senate office where she worked as a staff assistant, in the Spring of 1993. Reporters at The Washington Post and The New York Times suddenly found time to cover, and strongly discount, Reade’s claim this past weekend. Each outlet made a point about boasting that their reporters have been sitting on this story for weeks, asking Reade questions in attempts to vet her credibility. Yet this is the same media who didn’t care about how credible Christine Blasey Ford’s allegation were against Supreme Court Justice nominee Brett Kavanaugh. ABC, NBC and CBS eagerly rushed to air her flimsily supported story, spending 305 minutes on it in the twelve days after it became public. AP reporter Julie Pace even claimed it was "inappropriate" to question Blasey Ford. Double standard?

It’s not as if journalists haven’t had ample opportunities to ask Biden himself about it. In the week following Reade telling her story to the media, Biden was asked 55 questions in numerous interviews on CNN, MSNBC and NBC, but not one about this charge.

On April 5, ABC’s George Stephanopoulos gave a softball interview to Biden, where he avoided bringing up the assault allegation. But in 2018, Stephanopoulos brought out Clarence Thomas's accuser Anita Hill to ask her if Republicans were "trying to destroy" Blasey Ford.

NBC News waited until Bernie Sanders dropped out of the race to break their silence on April 12, with an equally dismissive report on their website and on sister network MSNBC. During that televised segment on Kasie DC, the anchor disingenuously claimed the “new” story was “just in:”

Just In: New reporting about a sexual assault claim against former Vice President Joe Biden when he served in the U.S. Senate in the 90's. The campaign has strongly denied the accusation, calling them "untrue."
@alivitali and @mikememoli have the newest reporting: pic.twitter.com/4yz0cw6zg6

However the morning and evening newscasts on the big three networks continue to blackout the story.

As NewsBusters’ Rich Noyes and Bill D’Agostino pointed out in their March 31 study, the networks have covered for Biden before on this same issue:

This isn’t the first time Biden has faced misconduct allegations. Last year, the ABC, CBS and NBC evening newscasts gave 26 minutes of coverage to complaints from other women that Biden had touched them inappropriately (though not sexually). But — helpfully for the candidate — the coverage faded once Biden officially declared: Just 92 seconds that week, and nothing since.