Joyless Behar’s Most Hateful Rants Against the Right on 'View' 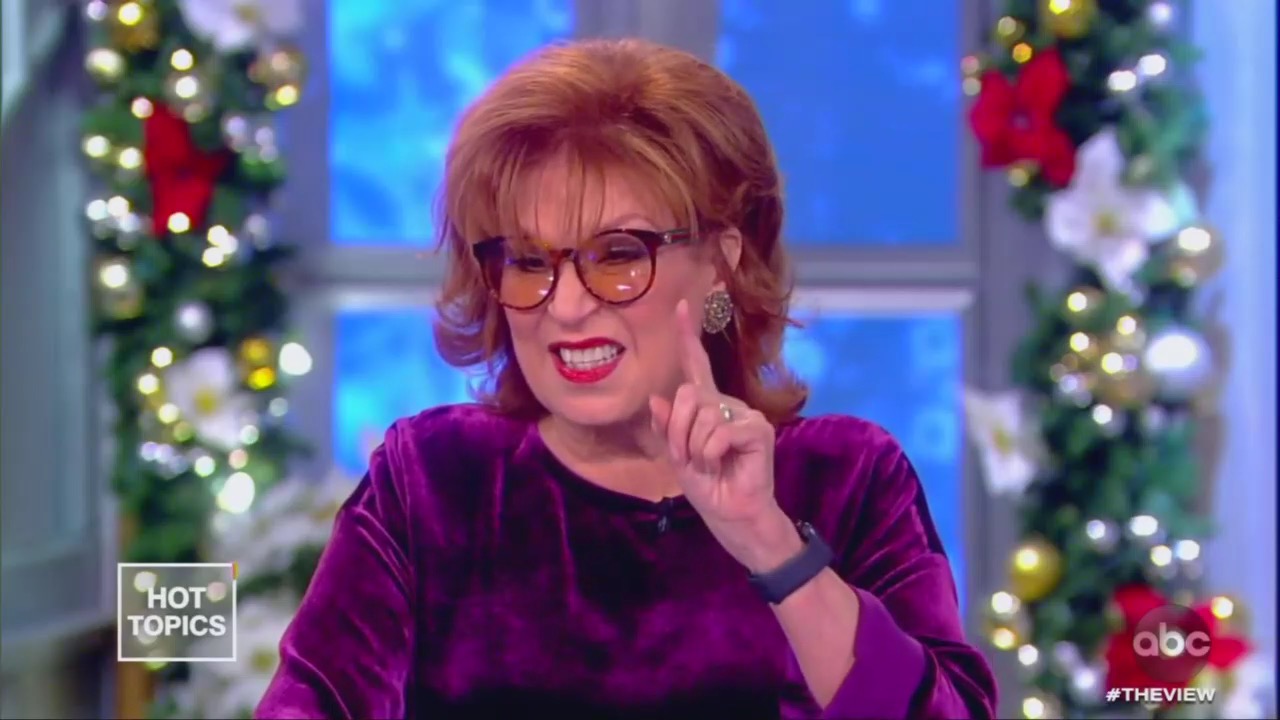 The View’s Joy Behar has surpassed her co-hosts this year in making headlines for her outrageous comments on the ABC talk show. Whether it was wondering if Trump could trade places with a deceased terrorist or proposing Republican men get forcibly sterilized, Behar had no reservations sharing her hatred for conservatives. Here’s our list of her nastiest suggestions on The View from 2019:

1.Blaming NJ Shooting on the Right

After guest Chris Christie called for prayer for the victims of the Jersey City anti-Semitic shooting, Behar immediately went to blame Trump and the right.

“Yes. You will concede that the national -- these white nationalists have been let out out of their holes,” she scolded.

She went on to tie in President Trump as responsible for spreading anti-Semitism:

“The liar in chief is the one who spouting all this stuff! He's the one. Well just the other day he used an anti-Semitic trope. Trump did. I mean, he’s the worst one! And he’s at the top!” she ranted angrily.

It was revealed just hours later that the “black Israelites,” not “white nationalists” were responsible for the hate crime.

2. Would World Be Better Without Trump or Baghdadi In It?

After the U.S. military killed a prominent ISIS leader this past October, the anti-Trump hosts of The View admitted they wouldn’t give Trump credit for anything because he was “tainted.” After Whoopi Goldberg asked her co-hosts, “[C]an we at least agree that the world is a better place without this guy in it?” Behar nastily responded, “Who, Trump or Baghdadi? Which one?” as the audience cheered loudly.

3. If Women Can’t Get Abortions, Let’s Require Men to Get Sterilized

After Alabama’s Republican Senate passed an abortion-banning bill in the state in May, Behar exploded, suggesting all those “white guys” be forced to get vasectomies.

“Maybe we should make it a law they should all be required to get a vasectomy,” she quipped as the audience whooped and applauded at that idea. “That would solve the problem.”

4. Trump On Way to ‘Exterminating’ Illegal Immigrants Like the Holocaust

“Do we have to wait for the actual Holocaust before we speak out?” Behar asked on the June 19 show, defending Democrat Rep. Alexandria Ocasio-Cortez’s statements comparing migrant border facilities to concentration camps.

After her co-host Meghan McCain pointed out the obvious, we’re not “exterminating people,” Behar retorted, “Not yet!”

“A lot of kids died at that border,” she stated, insinuating this was the border agents’ fault.

5. Wait Until You Win, Dems, Then Take Guns Away

After Beto O’Rourke dropped out of the 2020 race, Joy Behar claimed he was too open and honest about his gun-grabbing agenda.


“They should not tell everything they're going to do! If you are going to take people's guns away, wait until you get elected and then take them away. Don't tell them ahead of time!” she gushed.

6. Trump Thinks His Voters Are Stupid and His Rallies Are Fake

On the November 1 show, Behar trashed a 2020 ad put out by Trump’s re-election campaign, while floating a conspiracy theory that his rallies were full of paid actors:

"To me that says that the Republican party thinks that their constituents are stupid because it says nothing. Those are all paid actors just like the ones who go to his rally."