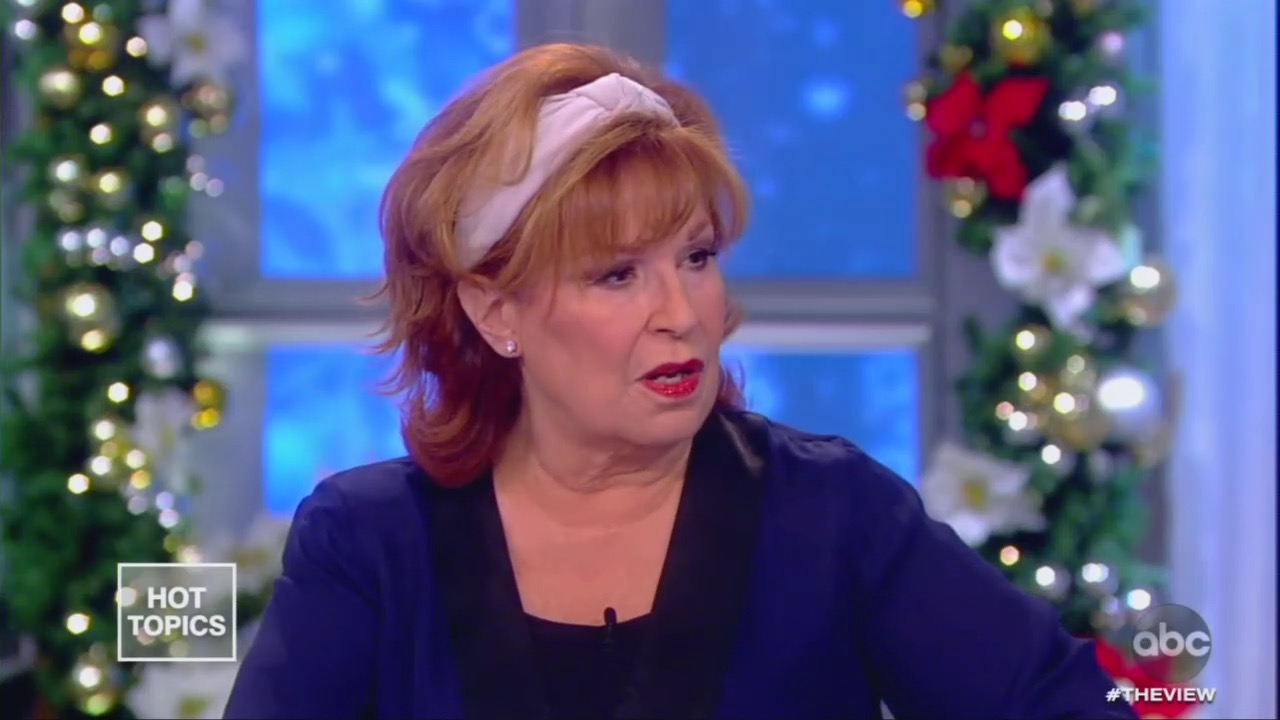 A new Quinnipiac poll out Tuesday revealed the Democrats’ push to impeach President Trump appears to be working against them with voters, with a slight majority now opposing impeachment. The hosts of The View were upset at this news and lashed out at their Republican guest co-host, former Governor of New Jersey, Chris Christie on Wednesday's show, blaming Republican “tactics” for persuading voters against impeachment.

Sounding like she worked for MSNBC, Behar grumbled that the poll was a sign Trump’s “tactics” were swaying public opinion:

“A Quinnipiac poll just found 51% of voters oppose impeaching him. It looks like his tactics are working because last week it was the opposite,” she stated.

However guest co-host Chris Christie pushed back on that, pointing out Trump hasn’t changed who he is, yet Democrats keep reaching for new reasons to impeach Trump:

“I would say the other side. I think that the Democrats' tactics are failing and that's really the problem. He hasn't changed. You hear that. He's the same he has always been,” he pointed out.

But Joy Behar and Sunny Hostin trotted out the sanctimonious line that Democrats were just “defending the Constitution,” which ABC News also claimed yesterday to defend the Democrats.

“Why do you call them tactics? They're just defending the Constitution!” Behar gushed.

Her co-host Sunny Hostin added that Democrat “facts” aren’t partisan and it was obvious President Trump had interfered in the 2020 election:

I don't understand why the facts of this are partisan. I mean, who can't see that the President of the United States pressured a foreign government to dig up dirt on his political opponent to inure to his benefit to affect our very democracy?

She added, “Anyone like that, calls himself a patriot is just a liar!”

After Hostin and Christie argued about whether impeachment was “political,” Christie pointed to the Quinnipiac poll as a sign that Americans see the impeachment push for what it is.

“Because we know Republicans are not going to defend the Constitution!” she ranted.

Wagging her finger, Hostin lectured that Republicans were “hypocrites” for voting to impeach President Clinton but not President Trump.

A few weeks ago the hosts lashed out at the public for not being influenced by the Democrat witnesses in the impeachment hearings.

Back in September, Hostin and Behar were adamant that the country would become “united” against Trump, if Democrats went through with impeachment.

It’s worth noting that the public was also divided down the middle on impeachment when liberals were pushing it just six months into Trump’s presidency.