Oh the irony. On CNN March 30, openly gay ESPN journalist LZ Granderson asked  “Will Christians condemn persecution of gays?” in an article that’s whole point seemed to be a condemnation of Christians’ views on homosexualty.

While Granderson asks why Christians don’t condemn gay persecution (they do), it’s funny how the gay community is never asked to defend the open persecution and slaughter of thousands of Christians in places like Egypt and Syria.

According to Granderson, when Christians defend the Biblical view of marriage, they are engaging in “anti-gay rhetoric.” Granderson praised sentiments of Pope Francis while equally condemning The Catholic League’s President Bill Donohue’s comments as “anti-gay” for saying that “the whole purpose of marriage is to have a family” so “the idea of two men getting married is the most bizarre idea in human history.”

In his spiel, Granderson cherry-picked verses from Ephesians to claim Christians have used the Bible to justify slavery and domestic violence.

He brought up the case of Virginia’s Timberlake Christian School warning an eight year old girl’s grandparents to address her “gender issues;” a case that the media has latched onto as an example of Christian extremism, but of which the school has defended it’s words as being“inaccurately portrayed” and goes “far beyond”the girl’s tomboy-ish appearance.

But murky details aren’t enough of a reason for journalists like LZ Granderson to latch onto and proclaim judgement. In fact, the whole point of the article seemed to be a condemnation for Christians who defend the Biblical view of sexuality.

Granderson’s anti-Christian rhetoric is on par with his outspoken liberal politics. He is an Obama Democrat who frequently attacks George W. Bush and Republicans on his Twitter account, yet defends President Obama at every chance, such as claiming Americans “can deal with the lies that President Obama tells” because “he knows best.” 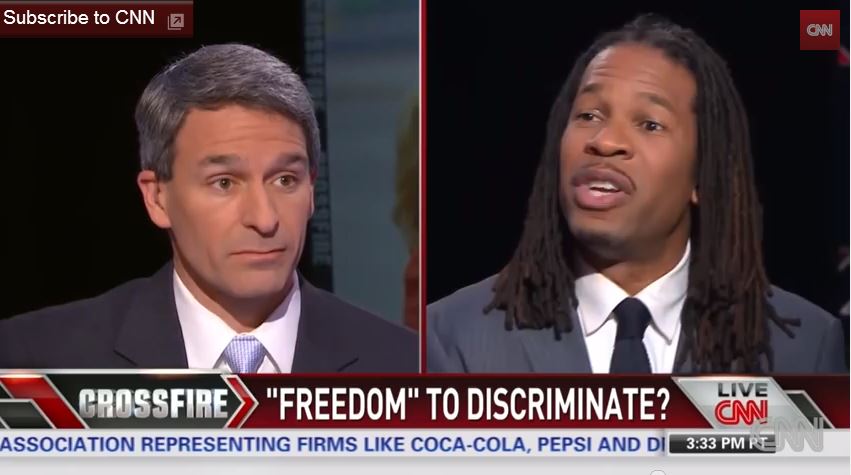