One day before the one-year anniversary of Floyd Lee Corkins's failed terror attack on the Family Research Council -- he was inspired by a "hate map" by the Southern Poverty Law Center -- MSNBC brought on SPLC's Mark Potok to mislead viewers about the nature of the April 15 Boston Marathon bombing, insisting that the Tsarnaev brothers were not motivated by radical Islamic ideology so much as by right-leaning conspiracy theorist websites that investigators found in Tamerlan Tsarnaev's search history.

"This isn't the first time MSNBC has done this," NewsBusters publisher Brent Bozell reminded Fox News Channel host Sean Hannity during Hannity's August 15 "Media Mash" segment. Indeed, it was Hardball host Chris Matthews who on the day of the attack theorized that it was a homegrown right-wing terrorist responsible for the bombing because it occurred on Tax Day, Bozell noted. What's more, the Media Research Center founder added [for the full segment, watch the embedded video below the page break]:

Look at the group that they cite who give the quote. The Southern Poverty Law Center. Talk about a hate group. This is a group that has branded as a hate group, a Christian group for professing Christianity, the Family Research [Council].

Dzhokhar Tsarnaev admitted that he and his brother planted the bombs to retaliate for deaths of Muslims in Iraq and Afghanistan. But that is of no consequence to MSNBC, which insists on distorting the news to fit its preferred narratives.

Also discussed during the Media Mash segment was the liberal media's outrage at a new voter ID law in North Carolina which requires a valid government-issued photo ID to vote:

Look the reason 75 percent of the public supports this is because it's common sense. The only thing that you're doing is you're safeguarding free elections. You're preventing fraud. The only thing that's being repressed is people who are cheating. So anybody who talks about voter repression, understand, they are supporting people who would cheat. 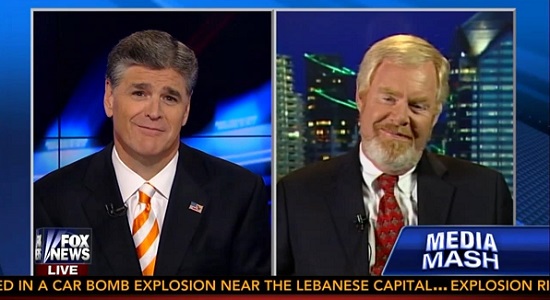