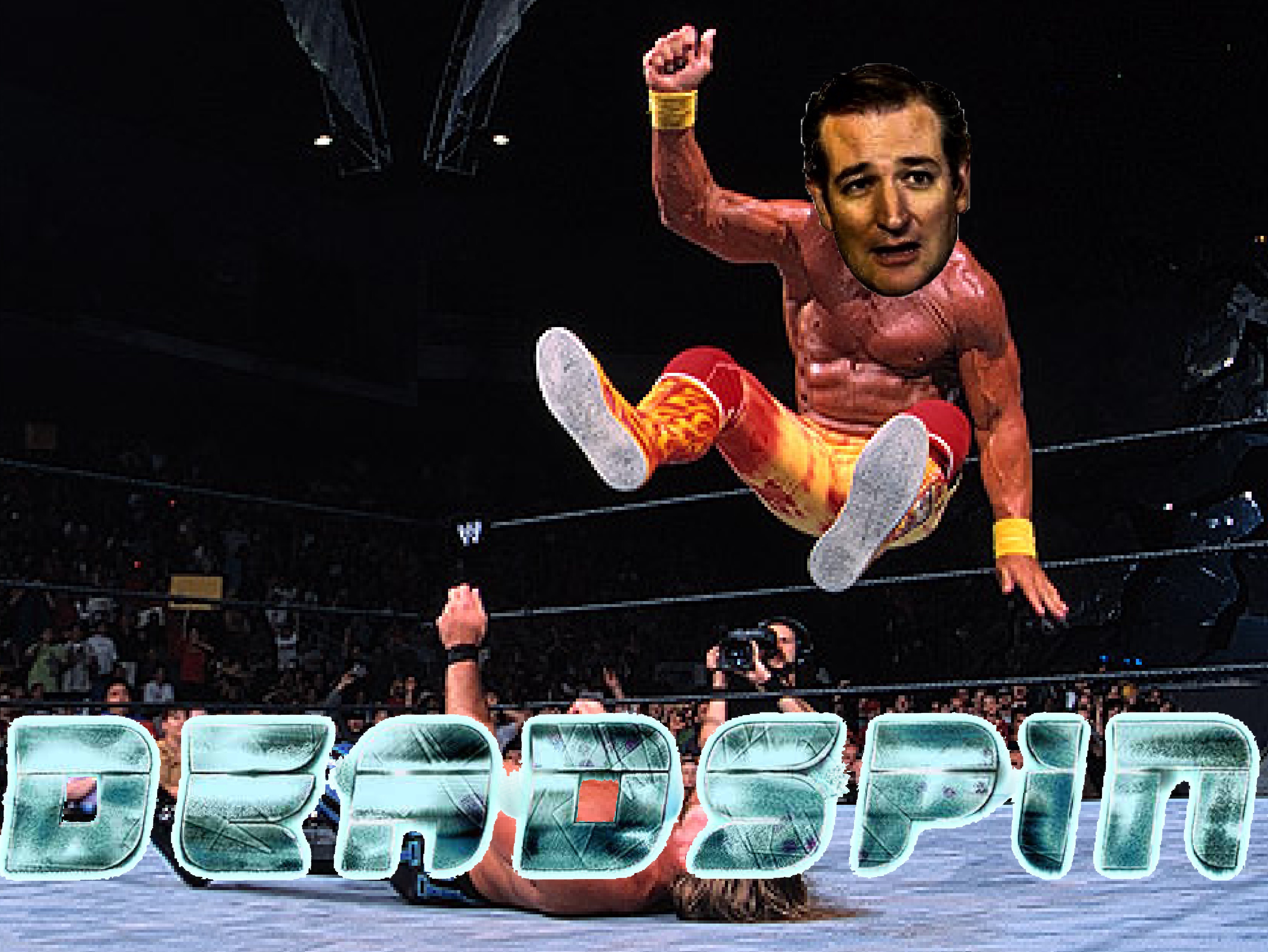 Univision-owned Deadspin tried taking a swipe last night at U.S. Senator Ted Cruz (R-TX), and failed miserably. Hilarity ensued, Twitter lit up, and the fallout extended well into the night. Once you stop laughing, you realize that there are legitimate questions that remain unasked - and some that merit an answer.

I highly recommend that you read Newsbusters Managing Editor Curtis Houck's coverage of the initial fallout. To wit: Deadspin writer Ashley Feinberg solicited photographic verification of Ted Cruz playing basketball in response to a long Politico story about "The New Ted Cruz" that mentions, among other things, his institution of a weekly basketball game. Cruz shortly responded via twitter, with a photo of Duke player Grayson Allen (who is known to bear resemblance to Cruz) and the caption "what do I win?". This savagely funny rejoinder resulted in a barrage of "you got owned" tweets both to Feinberg and Deadspin's accounts (to her credit, Feinberg has been a good sport throughout). Deadspin then responded to Cruz with a crude suggestion that borders on cophrophilia. Cruz responds with a funny gif.

Business begins to pick up when CNN's Dylan Byers tweeted out his story on the back-and-forth (if you look at his replies you'll find that the media types let him have it). Deadspin editor Tim Marchman then decides to white-knight for Feinberg, and proceeds to unload on Byers, Cruz, and on anyone else who might think that Cruz acquitted himself well throughout. Here's a screengrab of his profane rant, which constitutes 9 of the 11 tweets currently polluting his timeline: 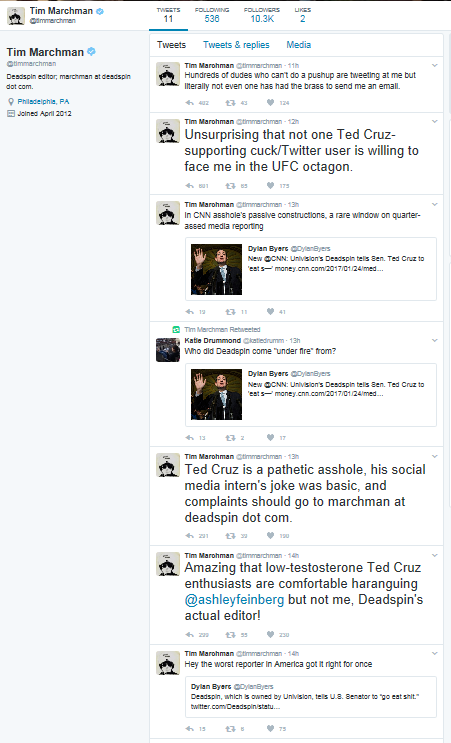 It is as this point, with Feinberg's (and now Marchman's) mentions blowing up, that Fusion SVP for Communications David Ford jumps into the fray, first by justifying everything -Feinberg's initial troll, Deadspin's nasty tweet and Marchman's meltdown- as another instance of Deadspin still being Deadspin despite being acquired by Univision, and then by bristling at continued descriptions of Deadspin as "acquired by Univision".

It is Ford's boss, Univision and Televisa content czar Isaac Lee, who looked at what was left of the Gawker Media Group after the Hulk Hogan (and Peter Thiel) lawsuit and decided that $135 million dollars was a reasonable amount of money to pay for the acquisition of a ready-made digital audience (with which to hopefully offset crashing ratings), potential labor headaches, and the ever-present risk of Univision (and now Televisa) getting Hulk Hoganned at some indeterminate point in the future. As a result, one of the terms and conditions of existence for what is now known as the Gizmodo Media Group (and for Fusion, for that matter) is the branding of its collective forehead with a giant four-colored "U". Such is life.

It is only natural that Deadspin's crassness towards conservatives should be celebrated at Corporate. For all of Isaac Lee's blather about representing the "Rising American Mainstream" and championing a "fairer, better, and more diverse America", it is clear that there is no room for diversity of thought. This incident is yet further evidence of that special contempt held by liberals for minority conservatives.

Exit question: Now that he's putting more of Emilio Azcárraga's money at risk - are these the same professional standards that Isaac Lee and crew will bring to Televisa?