The interview began with CBS’s Norah O’Donnell asking Dunn to react to Biden’s recent appearance with late night host Stephen Colbert which the former White House staffer proclaimed was “something almost unique in politics. A very private conversation....I mean, that was Joe Biden that you saw. There was no artifice there whatsoever. That’s how he feels.”

O’Donnell piggybacked off of Dunn and provided her own celebratory assessment of Biden as “so authentic” who was engaged in a truly “private conversation” with Colbert about his 2016 prospects. After Dunn continued to speculate as to whether Biden would make a bid for the White House, co-host Gayle King offered up an open-ended question about Hillary Clinton and wondered what she thought “was happening there” with her falling poll numbers.

The Democratic operative eagerly spun on behalf of Hillary and declared her to be the most substantive candidate in either party running for president:

She has probably produced more detailed policy proposals in this campaign than any other candidate, ranging from substance abuse to college affordability to profit sharing, you know things that really will make a difference. And I think at the end of the day that that is, you know, the place where she is going to be a strong and effective candidate.

As the interview progressed, Charlie Rose gave Dunn an opportunity to help promote the candidacy of Socialist candidate Bernie Sanders who the former Obama aide called “one of the most authentic candidates you can get in a year where authenticity really matters. He is what he is.”

Over on NBC’s Today, reporter Hallie Jackson also did her best to help provide cover for Hillary as her poll numbers continue to collapse. The NBC reporter argued that the Democrat was attempting to deal with the ongoing e-mail scandal by appearing on comedy shows:

The Washington Post now reporting the tech company that set up Clinton's home server has no knowledge of it being wiped. Her campaign isn't commenting but aware of the need to appear more accessible Clinton’s doing more lighthearted interviews including Jimmy Fallon later this week.

CHARLIE ROSE: A CBS News battleground tracker poll is out this morning. Democratic Party voters were asked if Vice President Jo Biden should run for president. In Iowa they are evenly divided. 34% say he should but 34% also say no. In New Hampshire, 44% say Biden should not attempt a run but in South Carolina 48% of Democrats support a Biden campaign, that is his strongest backing from the three early voting states.

ANITA DUNN: Good morning Norah. Thanks for having me on.

O’DONNELL: Great to have you here. So what did you see in that interview between the vice president and Stephen Colbert?

DUNN: I think that the vice president's interview with Stephen Colbert last week was something almost unique in politics. A very private conversation. I think it's fair to say similar to conversations he's been having privately with his friends and supporters, conducted on national television. I mean, that was Joe Biden that you saw. There was no artifice there whatsoever. That’s how he feels.

O’DONNELL: That was our reaction. We all said when politicians are so scripted in soundbites every time even they’re on this stage, that it seems so authentic like a private conversation.

DUNN: It really was. And I think that your poll this morning actually is a great illustrator I think of where this decision is for so many people and certainly the vice president was candid about the fact that he hasn't made a decision yet. The poll basically saying it's not clear, right? And I think that he was -- you know, he was clear with Stephen Colbert that he is not going to run unless he feels like he is ready to be president.

ROSE: Anita, you know politicians and you know Joe Biden and you know his friends. What do you think in the end he will do?

DUNN: You know, I know politicians well enough to know that I don’t predict that until somebody actually stands in front of the cameras and says what they are going to do. I was the person who sent an advanced team to South Dakota for Tom Daschle's presidential bid.

GAYLE KING: Let’s move on to Hillary Clinton Anita. What do you think is happening there? The poll numbers show that she is in big, big trouble including a steep drop, as we pointed out in the 7:00 hour, among women voters.

DUNN: You know, I think that the campaign up until now has been so much a referendum on Secretary Clinton. And as [were] moving to this next phase of the campaign, which is a phase of more engagement where the Democrats start having debates, more joint appearances, where the focus really starts becoming the choice, I think this is going to be a much better phase in having her as the figure of a referendum.

I also think that in the last week, you've seen Secretary Clinton going to her strengths, you know, the speech on Iran, really policy. She has probably produced more detailed policy proposals in this campaign than any other candidate, ranging from substance abuse to college affordability to profit sharing, you know things that really will make a difference. And I think at the end of the day that that is, you know, the place where she is going to be a strong and effective candidate.

KING: But the latest issue of the Atlantic says this “It’s a bad sign when your campaign needs a reboot. It’s a worse sign when your advisers announce publicly, hey we are going to reboot.”

DUNN: You know, I think those process stories in campaigns are the ones that advisers hate but we have all been there. They get written, you move on.

ROSE: This is an interesting year. You look, Donald Trump and Ben Carson, I mean, is there, you think, some sense of the country wanting something very different?

DUNN: You know, Charlie, I was looking at some of the crosstabs and some of the internals in your poll, and it is fascinating the difference between the two political parties when it comes to this issue. If you look at your Republicans in Iowa, for example, in the CBS poll, a great majority of them want someone who does not have experience in government. They are much more attracted to the outsider business experience. Whereas it’s very different for the Democratic candidates but it speaks to I think is a continued polarization in this country in terms of the parties looking for different things but there is no doubt that that is a rocket fuel right now for Donald Trump for Carson for Carly Fiorina in that Republican primary.

ROSE: Does it have something to do with Sanders? 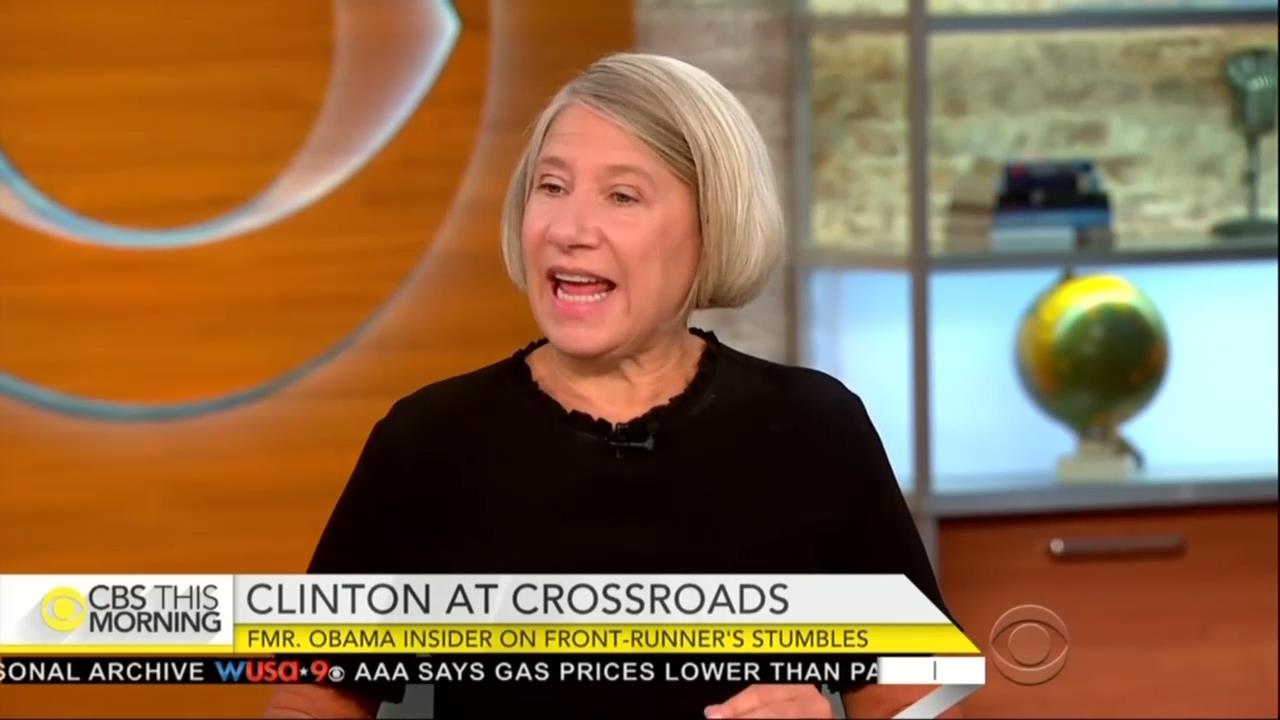 DUNN: I think Bernie Sanders who, you know, is one of the most authentic candidates you can get in a year where authenticity really matters. He is what he is. He is comfortable with his positions. He's had them for a long time. And yes, I think people are responding to that.

O’DONNELL: And just quickly back on this Democratic race. John Heilemann of Bloomberg reporting that there are some that are advising Joe Biden that he can wait until after the first Democratic debate which is in mid-October, after Hillary Clinton’s Benghazi testimony which is October 22. Do you think Joe Biden could wait that long, late October, early November?

DUNN: I’m not part of those discussions, but I think that once the debates begins, it becomes an engaged campaign and a dialogue begins. And you want to be a part of that dialogue. So to the extent anybody cares about my opinion, I'd say go ahead and get in.