WashPost Unleashes on Trump, The Mexican-American Judge, and the 'Wise Latina'

The virulently anti-Trump Washington Post has just illustrated how the game of racializing the judiciary is played.

The other day Donald Trump began criticizing the judge in the Trump University case being brought against him. He pointed out that the Judge was “Mexican.” U.S. District Judge Gonzalo Curiel, born in Indiana, is indeed of Mexican parentage. The Post headlined their front page story this way: "Trump’s vendetta against federal judge alarms legal experts."

Donald Trump’s highly personal, racially tinged attacks on a federal judge overseeing a pair of lawsuits against him have set off a wave of alarm among legal experts, who worry that the -Republican presidential candidate’s vendetta signals a remarkable disregard for judicial independence.

That attitude, many argue, could carry constitutional implications if Trump becomes president. 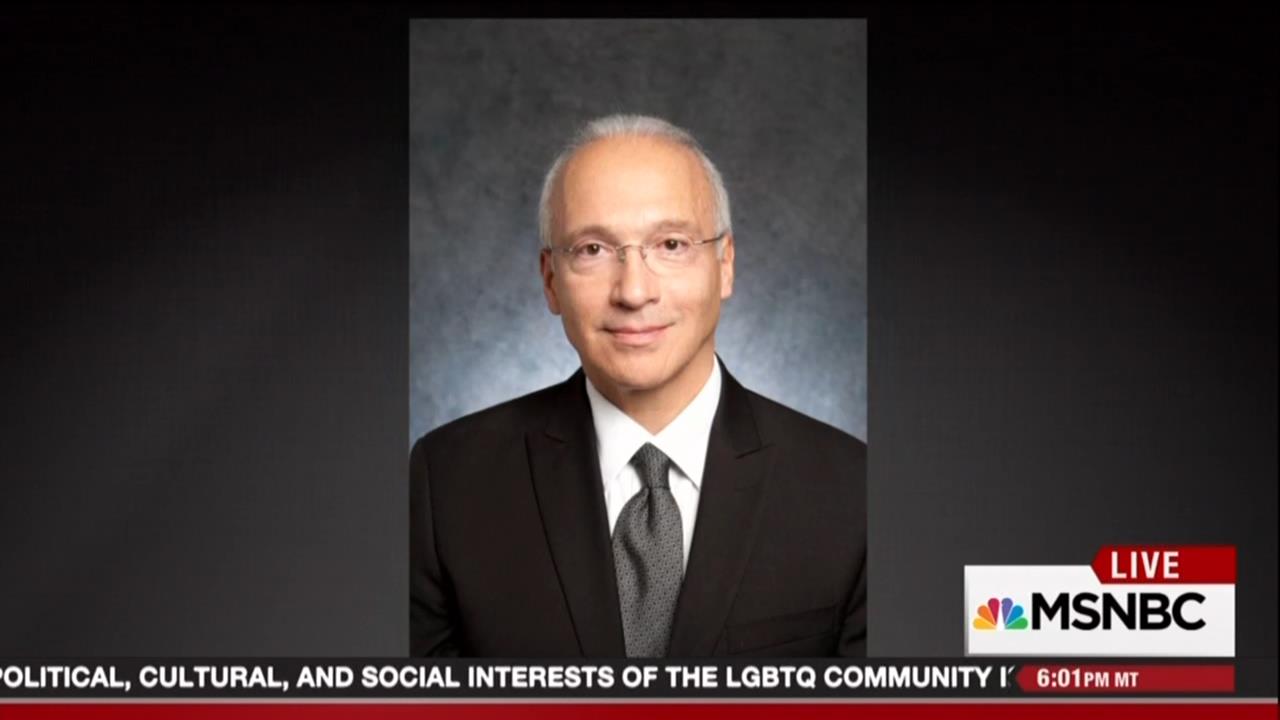 U.S. District Judge Gonzalo Curiel, who is handling two class-action lawsuits against Trump University in San Diego, has emerged as a central target for Trump and his supporters in recent weeks. The enmity only escalated after Curiel ordered the release of embarrassing internal documents detailing predatory marketing practices at the for-profit educational venture; that case is set to go to trial after the November election.

“I have a judge who is a hater of Donald Trump, a hater. He’s a hater,” Trump said at a campaign rally in San Diego, adding that he believed the Indiana-born judge was “Mexican.”

The Post goes on, noting in the 18th paragraph of the story that in fact Judge Curiel belongs to the San Diego La Raza Lawyers Association. The group’s president is quoted by the Post this way, bold print supplied by me:

Luis Osuna, the president of the lawyers association, said the group is not an advocacy group and supports candidates on both sides of the aisle. He said Trump’s attempts to discredit Curiel should give voters serious pause, not least because his comments reduce Hispanics in the legal profession to their heritage.

“Every time there is a comment like this, it is disheartening,” Osuna said. “It is not, unfortunately, surprising, given the source of the comments. But it displays a complete lack of understanding of the role that we have as attorneys and judges and the role that we have in upholding the Constitution.”

“He’s definitely using it as a dog whistle to his supporters,” he added. “Obviously, I don’t know what is in his heart. I can only judge based on the way he has acted in the past, but this has been a recurring theme in his campaign.

Interesting.  The sum of this story is that Trump is making an appalling (read: racist) attack on a federal judge because of the judge’s Latino heritage. A heritage which, insist Trump’s critics, has nothing to do with the work of a judge.

Let’s recall that the Washington Post endorsed then-federal judge Sonia Sotomayor for the Supreme Court. During her confirmation hearings it came to light that Sotomayor regularly gave some version of the following quote in her speeches:

"I would hope that a wise Latina woman with the richness of her experiences would, more often than not, reach a better conclusion."

Got that? Sotomayor was explicitly saying that her view of judicial decision-making was related not to the law and the Constitution but her ethnic/racial heritage as a “wise Latina.”

And yet? And yet the Washington Post endorsed that, in this editorial headlined: "Confirm Sonia Sotomayor."

Oh sure. The Post did a little hemming and hawing over Sotomayor’s “wise Latina” philosophy. (Dog whistle, anyone?) But they ended by saying she deserved “widespread support” for her Court nomination. 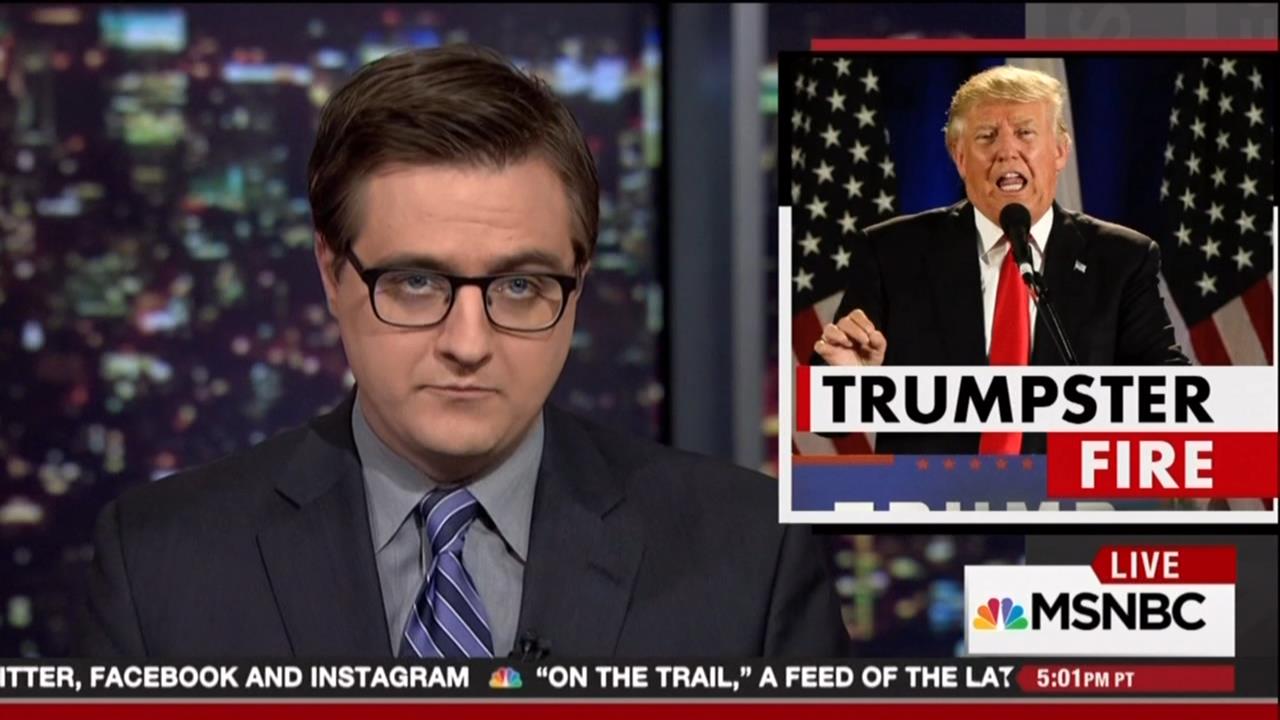 But Sotomayor is in fact not the only legal beagle who believes in injecting ethnicity into the legal profession is a good thing. Remember the quotes above from the president of the San Diego La Raza Lawyers Association?

He said Trump’s attempts to discredit Curiel reduce Hispanics in the legal profession to their heritage….it "displays a complete lack of understanding of the role that we have as attorneys and judges and the role that we have in upholding the Constitution.”….“He’s definitely using it as a dog whistle" to his supporters

These words make the group - of which Judge Curiel is a member - sound like your boring old group of San Diego lawyers who just want to be seen as “upholding the Constitution” - a Constitution, by the by, that is supposed to be colorblind.

But take a look here at the group’s mission statement -- something the Post curiously did not report.  It reads in part, this way, with bold print for emphasis supplied again by me:

Our purpose is to advance the cause of equality, empowerment and justice for Latino attorneys and the Latino community in San Diego County through service and advocacy. We are dedicated to promoting diversity on both the bench and bar. We support law students with mentorship programs and scholarships.

The mission statement goes on to list eight “goals” - every one of which are specifically designed to appeal by ethnic heritage. The very first three goals read as follows:

In other words? Contrary to the impression the Post is trying to convey - contrary to what the head of the SDLRLA is actually saying - the group to which Judge Curiel belongs is quite openly and explicitly all about “the overall number of Latinos in the legal profession” - and more.

A promotional video on the SDLRLA website reveals leftist political activism.There's a picture of an anti-Proposition 187 campaign. There's a picture of them backing ACLU's "Nuestro Voto" voter-registration campaign, openly devoted to getting Latinos to vote against conservative whites. Then the head of the San Diego ACLU comes on, and proclaims the group has been "an amazing ally of ours for some time....such a valuable partner."

The philosophy of both Sonia Sotomayor and the San Diego La Raza Lawyers Association  - of which Judge Curiel is a card-carrying member - is identical. Which is to say, they want judges on the bench who are deliberately identifying their role in the legal community not as professional lawyers or jurists but as, in Sotomayor’s words, as “wise Latinas” or, as we might describe Judge Curiel, a “wise Latino.”

Which brings us back to the Post’s horror at Donald Trump’s suggesting that, yes, in fact, he believes Judge Curiel to be biased precisely because of his Mexican heritage.

The hard fact here is that the American Left - in the media, as exemplified here by the Post’s endorsement of then-Judge Sotomayor - has no problem with the racializing of the judiciary and with judges who make decisions based not on the Constitution and the law but their own ethnic heritage. Note well that in the Post endorsement of Sotomayor the paper said:

“And life experiences do matter in fairly and thoroughly assessing different situations -- from the impact of regulation on business to the effect of a strip search on a 13-year-old girl to the damage done by discrimination in all facets of life.”

You see? Being a good judge has nothing to do with the Constitution, its all about “life experiences” - such as being Hispanic.

And note as well, that this issue of racializing the judiciary goes far beyond Donald Trump and Judge Curiel.  Recall that when Supreme Court Justice Thurgood Marshall retired from the Court in 1990, the cry went up from the left that this was the “black” seat on the Court. President Bush 41 proceeded to nominate Federal Judge Clarence Thomas, who is indeed a black man. Horrified liberals suddenly realized that Thomas was a conservative, and thus the campaign to savage and provide what Thomas called “a high tech lynching for uppity blacks" -- read: a black man who strongly disagree with Leftist racial orthodoxy -- began. The anti-Thomas campaign failed. But without question it stripped bare the realization that in the minds of the left racial and ethnic heritage -- identity politics -- is the at the core of their politics.

And in the case at hand today?

Is it any wonder that Donald Trump suspects that his political opinions on illegal immigration are influencing Judge Curiel - a judge who quite voluntarily belongs to a group devoted not to promoting San Diego lawyers but San Diego lawyers based on their heritage?

Is it any wonder that the racially divisive left-leaning Washington Post - the paper that endorsed the racially driven Sonia Sotomayor - is suddenly furious that Trump is calling attention to the racial game in play with the judiciary? Which makes its criticism of Trump a textbook example of liberal media bias?