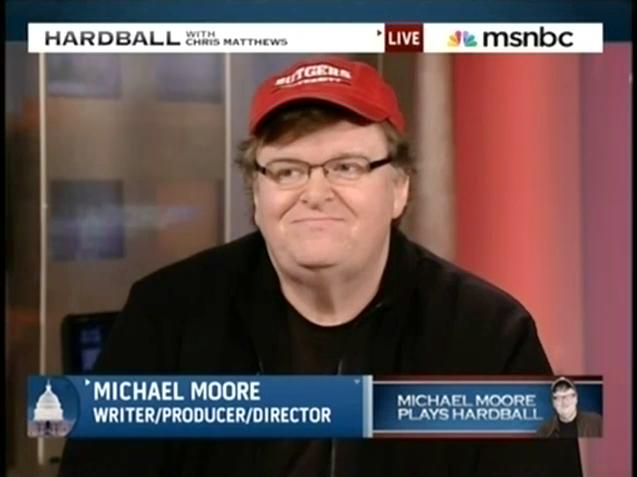 Has it really come to this? Is MSNBC so in the tank for the Democratic Party that it takes far-left documentary filmmaker Michael Moore to bring up malfeasance by a leading Democrat?

Moore appeared on MSNBC's Sept. 29 "Hardball" to promote his new film "Capitalism: A Love Story." With exception of "The Ed Show" fill-in host Lawrence O'Donnell noting the Senate Ethics Committee had cleared Sen. Chris Dodd, D-Conn., of wrongdoing and only reprimanded him verbally, over the last couple of months, MSNBC's prime time shows have ignored a deal Dodd got on a mortgage with Countrywide. That is, until Moore brought it up.

"Chris Dodd may have a problem after being in this movie, I think," Matthews said.

However, as Moore explained, he was already in trouble to begin with.

"Well, he already has a problem," Moore explained. "The Democratic Party needs to tell him, you can't run for reelection. We're going to lose this seat because of what you've done."

Moore first pointed out Dodd, as chairman of the Senate Banking Committee, had added a provision to the TARP bailout that allowed executives of AIG and other bailed out entities to pay out bonuses. When Matthews pointed out that Dodd did so at the behest of the Treasury Department, Moore insisted it was ultimately up to Dodd.

"This guy is the head of the Senate Banking Committee - who tells him what to do?" Moore said. "He's supposed to be representing the people. And he made the decision to do that."

Moore told Matthews he got the goods on Dodd through a "whistle-blower."

"But, in the film, I have a whistle-blower, a guy who worked for Countrywide who personally helped Chris Dodd get these loans in an expedited fashion," Moore said.

It was called the "Friends of Angelo" program. "Angelo" referred to Countrywide CEO Angelo Mozilo. Under the program, certain people got VIP treatment. Moore said it was no coincidence the chairman of the Senate Banking Committee was getting this sweetheart deal.

Moore explained he used his Web site to recruit this whistle-blower. He also made the astute observation - this was a scandal largely ignored by the media.

"I put a call out on my Web site to people who work on Wall Street or in the banks," Moore said. "Here's your chance to come clean and tell the American people the real stories of what had happened. And that's what you see in this film. You are going to see things and hear things you have not heard on the evening news."