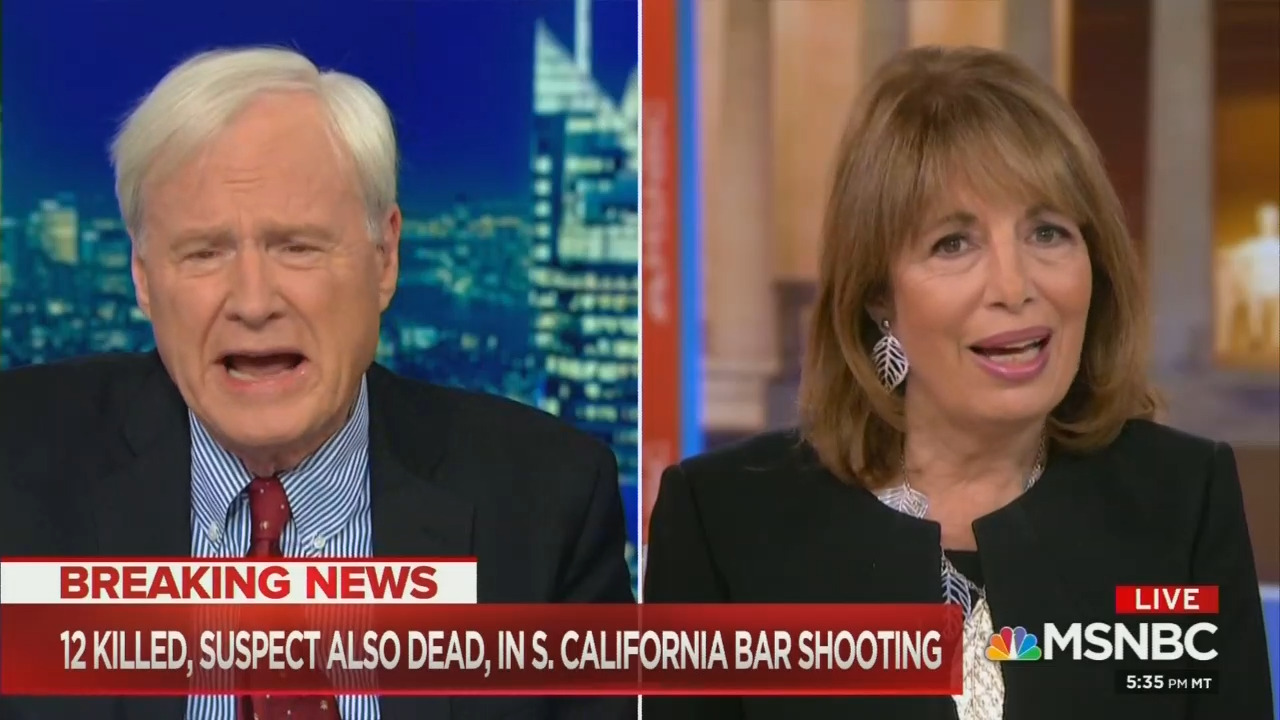 All this week, NewsBusters is recounting the most obnoxious liberal bias of 2018. Monday, we presented the most outrageous examples of journalists fawning over liberal or left-wing icons; on Tuesday, we showcased some of this year’s nastiest attacks on conservatives; and yesterday, we highlighted the media’s Trump Derangement Syndrome.

Today, we're reviewing the most idiotic quotes of the year. While it was a tough category to winnow down, journalists making the cut this year include Chris Matthews wanting “thought and prayers” to be “outlawed,” The New York Times telling readers that communist theorist Karl Marx was “right,” and CNN’s Jim Sciutto scaring his audience about climate change, as he feared we were being “slowly burned to death.”

“Thoughts and prayers....I’m sorry. That should be outlawed. I know it’s well intended in some cases....It’s a throwaway line by a staffer who knocks off some script, some product, some wordage for somebody political to make it sound like they give a damn.”
— Host Chris Matthews on MSNBC’s Hardball, November 8.

Don’t Read This If You Just Took a Drink of Coffee, You Might Spit It Out in Laughter

“[PBS, CNN and The New York Times are] established brands who have spent decades polishing and perfecting the art of objective, truthful journalism.”
— CNN and PBS host Christiane Amanpour in July 30 USA Today article “Christiane Amanpour on threats to journalism: Pursuit of truth is ‘how we fight back’”

Chick-fil-A Has Infiltrated! Will New York Ever Be the Same?

And They Say Conservatives Are Anti-Science?

“Is it a boy or a girl? For some parents, it doesn’t matter. Many are doing away with gender stereotypes by keeping the sex of their children a secret. They’re raising ‘theybies,’ a new trend where you let your child decide their sex.”
— NBC4 Washington anchor and fill-in host Aaron Gilchrist on MSNBC Live, July 21.

So Will They Offer Free Subscriptions Now?

“An Important Voice” For The New York Times

“Dumbass fucking white people marking up the internet with their opinions like dogs pissing on fire hydrants”...
“Are white people genetically predisposed to burn faster in the sun, thus logically being only fit to live underground like groveling goblins”...
“#CancelWhitePeople”...
“Oh man it’s kind of sick how much joy I get out of being cruel to old white men.”
“@RepDanMode White people have stopped breeding. You’ll all go extinct soon. This was my plan all along.”
— 2014 tweets from former Verge.com tech writer and new New York Times editorial board writer Sarah Jeong. The Times hired Jeong on August 1 and after an uproar over the tweets released a statement that while they don’t “condone” the tweets they would still keep Jeong citing her as “an important voice for the editorial board moving forward.”

Mike Pompeo Is a Wannabe What?!

“I understand that Donald Trump doesn’t care....But why doesn’t Mike Pompeo care right now? Are the pathetic deflections that we just heard when he appeared on Fox and Friends, is that a patriot speaking? Or a wannabe dictator’s butt boy?”
— Co-host Mika Brzezinski discussing Pompeo’s appearance on Fox and Friends in which he was grilled about the murder of journalist Jamal Khashoggi as aired on MSNBC’s Morning Joe, December 12.

“This whole administration – it’s like a Liam Neeson Taken movie. These guys are terrorists, right?...Until we recognize that we are operating with a white nationalist government that will take children hostage to get what they want, even if it’s just a tax cut, the Democrats and anyone else resisting doesn’t really know what they’re fighting.”
— MSNBC contributor Jason Johnson on MSNBC’s AM Joy, June 17.

World Is “Running Out of Time.” Thanks, Trump!

“I want to ask the question for folks at home. We have kids. We don’t want to be slowly burned to death on our own planet here. Is the human race running, in simplest terms, running out of time to take the measures necessary to rein in this rise in global temperatures?”
— Host Jim Sciutto discussing the latest government reports about climate change as aired on CNN Newsroom, November 29.

Do We Need an Emergency Broadcast System for Trump?

“From your perch, running the Washington Post, observing President Trump and having to cover this story everyday, is this a form of a national emergency? Are we living through a national emergency? And if so, how in the heck should journalists be covering it that way?”
— CNN Reliable Sources host Brian Stelter to Washington Post Executive Editor Marty Baron at the Aspen Ideas Festival, June 27.

She Tried Her Best to Boost Hillary

“I tried to write sympathetic biographical features. The perfect example is I wrote this sympathetic biographical feature about her moving to Arkansas and this feminist mentor of hers trying to talk her out of it. I spent a year on the story. The campaign didn’t want it. It was a great story for her.”
— New York Times reporter Amy Chozick on ABC’s This Week, April 22.