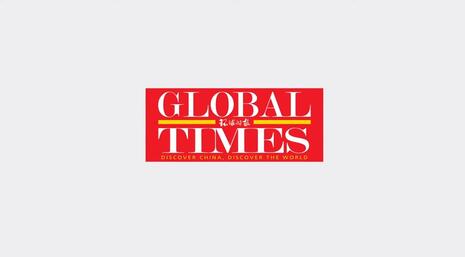 The New York Times willfully suffered on Thursday what could only be referred to as its “austere religious scholar” moment (as a callback to The Washington Post’s obituary of ISIS leader Abu Bakr al-Baghdadi) as it touted the retirement of the editor-in-chief for the Chinese Communist Party mouthpiece the Global Times, trumpeting Hu Xijin as having helmed what “some have called China’s version of Fox News.”

Reporters John Liu and Paul Mozur penned the piece as if it were Xijin’s obituary, titling it “China’s Loudest Nationalist Steps Back” with the subhead calling him a “pioneer of the country’s fiery online posturing[.]”

Though unsurprising given the fact that The Times has taken money from the Chinese Communist Party, their lede graph was similarly repugnant for the mouthpiece of a paper defending a genocide:

Hu Xijin, the longtime leader of Global Times, the nationalistic Communist Party tabloid, and a pioneer of China’s fiery online posturing, said on Thursday that he would step back from his position.

Gushing that he was “[a] standout in China’s growing chorus of nationalist voices,” Liu and Mozur said he “led the paper, which some have called China’s version of Fox News, for more than a decade” during which “it became one of the country’s best-known, and most truculent, media organizations.”

They added that Xijin “set the tone for a new generation of Chinese pundits and diplomats who have taken to global social media to lash out at the country’s critics and rivals,” and at the “forefront of a group determined to show the world that China will not back down.”

Only starting in paragraph five did The Times even often gentle condemnations of China’s ongoing genocide of Uighurs and other human rights atrocities (click “expand”):

He was among the first to respond to the international criticism about China’s vast detention of Muslims, arguing that while minorities were being held against their will, the re-education camps were a sincere attempt to educate and train them. When tensions with Australia soured last year, he likened the country to gum stuck to the bottom of China’s shoe.

More recently, he was one of the loudest voices from Chinese media trying to rebut global concern about the safety and freedom of Peng Shuai, the Chinese tennis star, after she accused a former top leader of sexual assault. He released videos showing her dining in a restaurant in Beijing.

Mr. Hu has courted criticism from those who see his strident language as unproductive. Within China, his critics sometimes called him a “Frisbee fetcher,” a party loyalist who jumps at the prompting of officials and bends the truth to inflame passions within China.

During the presidential administration of Donald J. Trump, Mr. Hu would often work late, firing off rejoinders at the U.S. president’s tweets. Other Chinese diplomats and state media journalists followed, taking to American social media platforms blocked in China to hit back at Beijing’s critics.

Taking over the Global Times in 2005, he thrived, even as China has repeatedly cracked down on media freedoms, jailing journalists and shuttering independent media. His occasional criticisms of the government have been balanced by patriotic salvos on Twitter, which he often reposted on Chinese social media, as if to show he was defending the country internationally.

Sandwiched between two graphs about his mocking of Indians who died from the coronavirus during an early 2021 outbreak, The Times continued to offer a positive review (click “expand”):

That conduct helped him retain his status as a trusted party stalwart and conduit for the outlook of Beijing’s buttoned-up top leadership. Investors, diplomats and political pundits in China and the United States alike often scoured his posts for hints of what Chinese leaders might be thinking, though opinions vary over how much the tabloid’s bellicose editorials represented Beijing’s attitudes.

On Chinese social media, many lauded Mr. Hu for his years of social media combat, calling it a loss to the country’s propaganda efforts and expressing wishes he will continue to speak out. Many gave him credit for helping the world better understand China.

One popular Weibo commentator, known as Chairman Tu, wrote that Mr. Hu’s departure marked the end of an era: “Thanks to Old Hu for his contribution. In the new era, China still needs more voices.”

In contrast, here’s what The Times did when a few famous conservatives and Republicans died within the last six years.

When the late, great Rush Limbaugh passed, our Scott Whitlock noted that The Times wrote in its headline that he “turned talk radio into a right-wing attack machine.”

In its lede, they said Limbaugh had a “slashing, divisive style of mockery and grievance” that “reshaped American conservatism, denigrating Democrats, environmentalists, 'feminazis' (his term) and other liberals[.]”

Former President George H.W. Bush was treated to a mouthful of a lead as The Times knocked him as having been “denied a second term after support for his presidency collapsed under the weight of an economic downturn and his seeming inattention to domestic affairs.”

Conservative economist Walter Williams? The Times fretted that he had “profoundly skeptical views of government efforts to aid his fellow African-Americans and other minority groups.”

For Donald Rumsfeld, they knocked him as “a combative infighter who seemed to relish conflicts as he challenged cabinet rivals, members of Congress and military orthodoxies.”