Twitter blew up for a minute today over The Washington Post using this headline for an obituary of  the founder of ISIS: "Abu Bakr Al-Baghdadi, austere religious scholar at helm of Islamic State, dies at 48." It inspired a satirical hashtag called #WaPoDeathNotices, including this 9/11 gibe by NB editor Curtis Houck: "Mohamed Atta, skilled aviator and leader of men, dies at 33. " 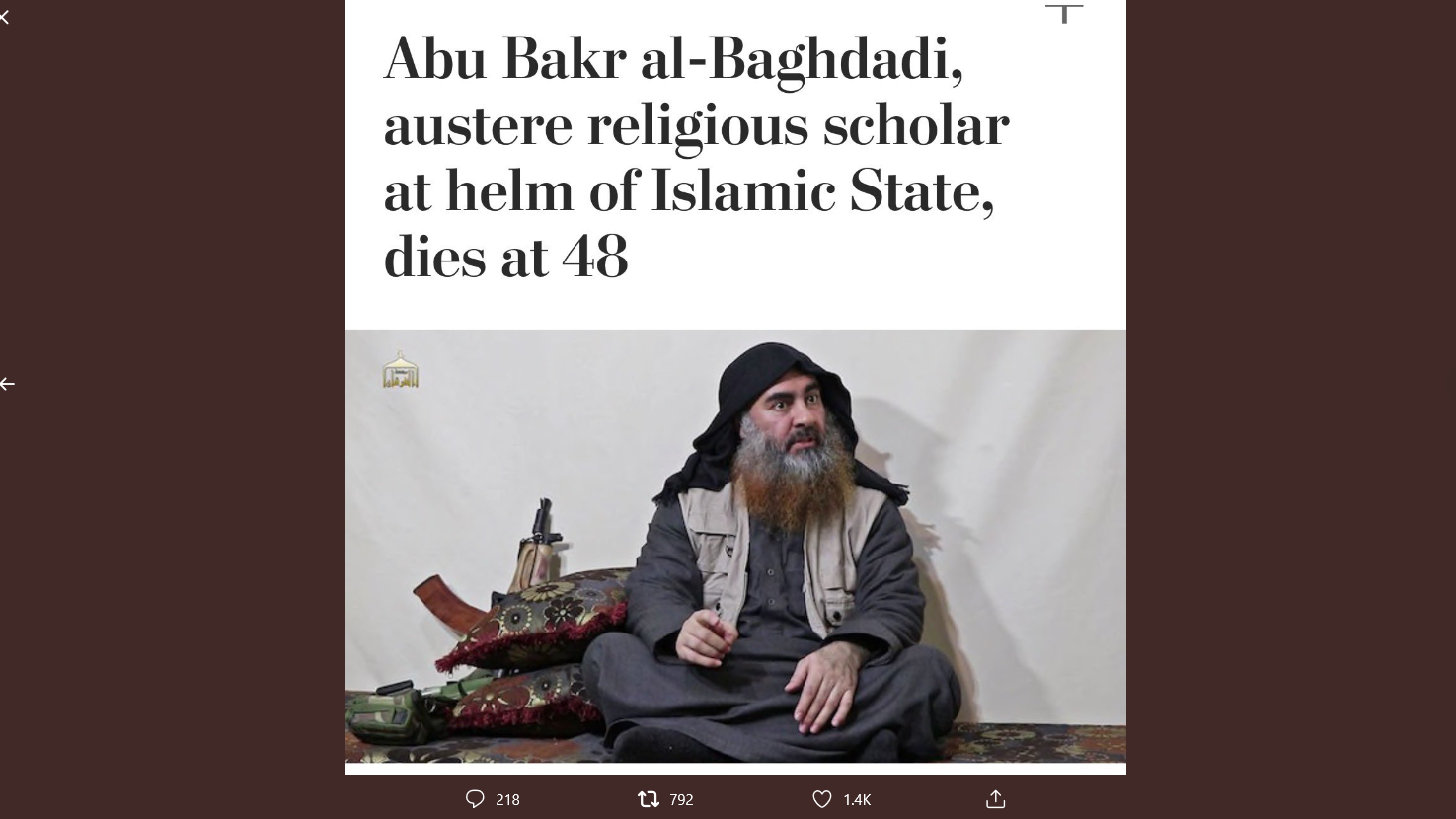 The obituary by Post reporter Joby Warrick carried a revolving door of headlines. It began with "Islamic State terrorist-in-chief" before they revised it in a more favorable light. Yashar Ali tweeted the difference: 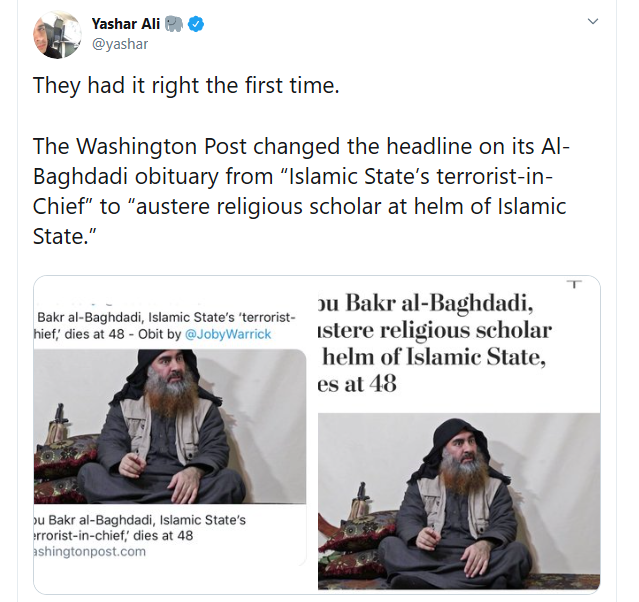 The headline's current (third) iteration is: "Abu Bakr al-Baghdadi, extremist leader of Islamic State, dies at 48." But Warrick's "austere religious scholar" lingo was in the article:

When Abu Bakr al-Baghdadi took the reins of the Islamic State of Iraq in 2010, few had heard of the organization or its new leader, an austere religious scholar with wire-frame glasses and no known aptitude for fighting and killing.

But just four years later, Mr. Baghdadi had helped transform his failing movement into one of the most notorious and successful terrorist groups of modern times. Under his guidance it would burst into the public consciousness as the Islamic State, an organization that would seize control of entire cities in Iraq and Syria and become a byword for shocking brutality.

Warrick balanced adjectives of savagery with positive words like "canny pragmatism," and "capable and cagey" as a politician.

My first thought was how the Washington Post has savaged conservative figures in the Obituary section over the years, and yet they could go gooey with mass-murdering dictators. In 2016, for example, the Post also edited an obituary after it was posted -- on Nancy Reagan. Joe Concha reported a very negative first paragraph was excised, but there was still nasty stuff: "Patti Davis’s 1992 memoir, The Way I See It, described a mother driven by appearances, abusive toward her and a habitual user of tranquilizers."

But Fidel Castro drew gush. “Revolutionary remade Cuba,” oozed the Post headline. Their obit gushed he was “a romantic figure in olive-drab fatigues and combat boots” and a “spiritual beacon for the world’s political far left."

UPDATE: WashPost VP for Communications Kris Coratti Kelly tweeted "Regarding our al-Baghdadi obituary, the headline should never have read that way and we changed it quickly."