What Is She Smoking?! Joy Reid Argues ‘Nothing’ Is More ‘Predictable’ than Media Backing Republicans

Is Joy Reid drunk or on drugs? Has she been hacked? Is her behavior just an act? It’s tough to say on any particular day, but Monday brought forth one of the craziest things to come across the internet and particularly Twitter on the issue of media bias.

Behold, this absolutely asinine, nutty, and prosperous claim from MSNBC’s AM Joy host less than two hours after Senate Democrats agreed to end the government shutdown:

Can you imagine that Reid gets paid a great deal of money to spew these boiling hot takes? Sadly, yes because this is the state of American journalism and the country’s broader discourse in 2018.

This post would never end if it cited every single example of liberal media bias and the delirious assertion that the media is biased in favor of Republicans and conservatives. Instead, here are just a few stories published on NewsBusters within the past week:

In addition, my colleague Tim Graham wrote an October 17, 2016 piece citing a Center for Public Integrity report that found “more than 96 percent” of political donations by “journalists, reporters, news editors or television news anchors — as well as other donors known to be working in journalism” went to Hillary Clinton.

So, sure, Joy. Tell us how the media are out to get liberals.

Reid is the same person who not only offered a insanely false take last week about National Review’s David French, but viciously attacked this writer as ugly and a hater of Jesus.

At any rate, Reid was promptly condemned for her tweet: 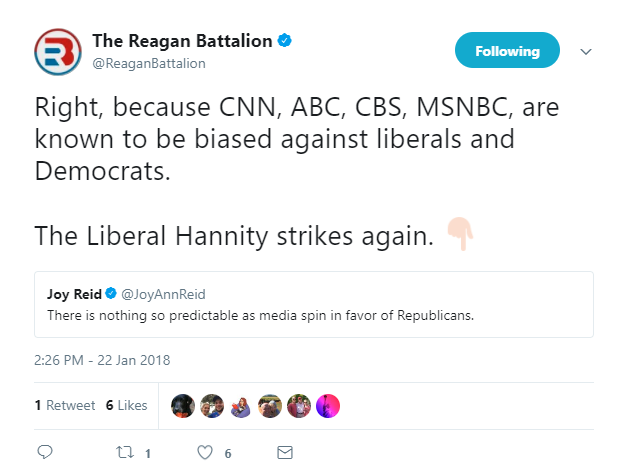 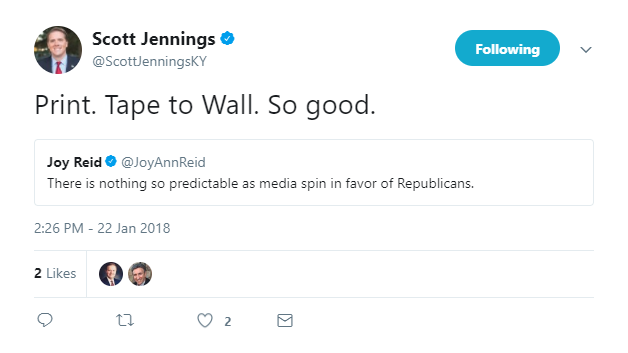 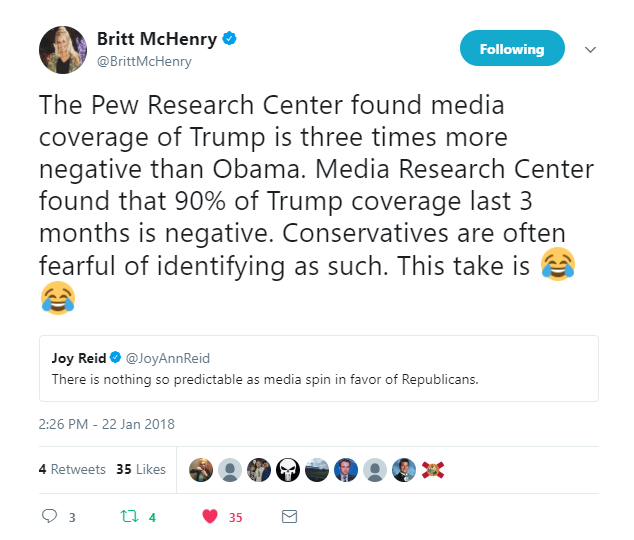 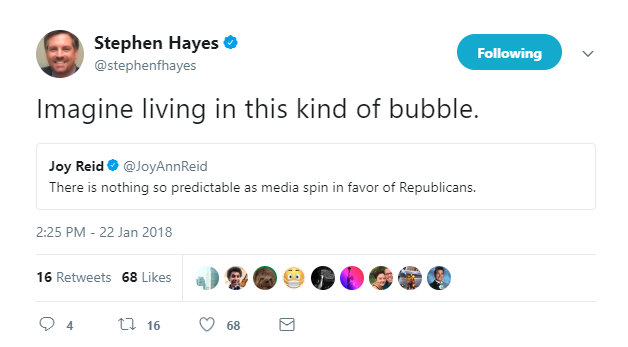 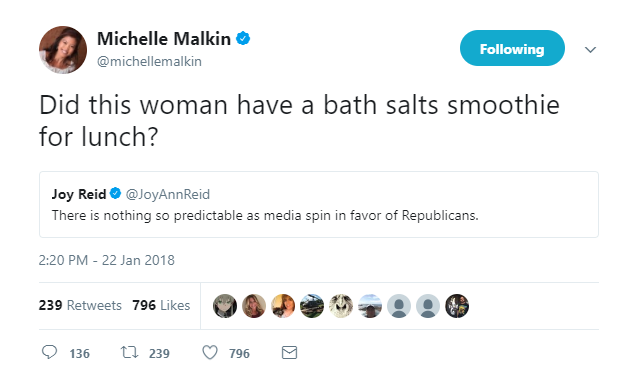 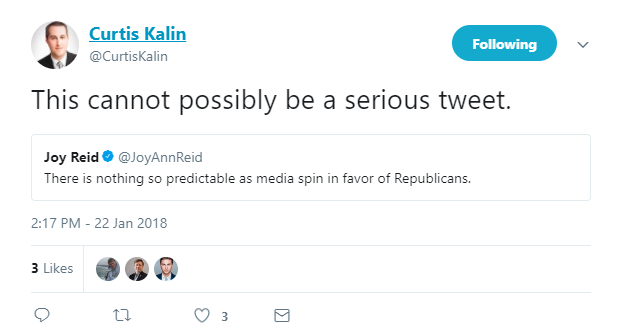 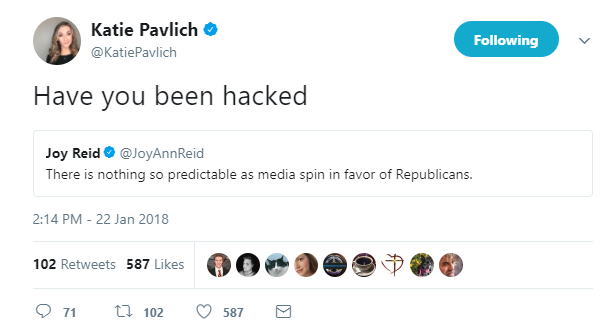 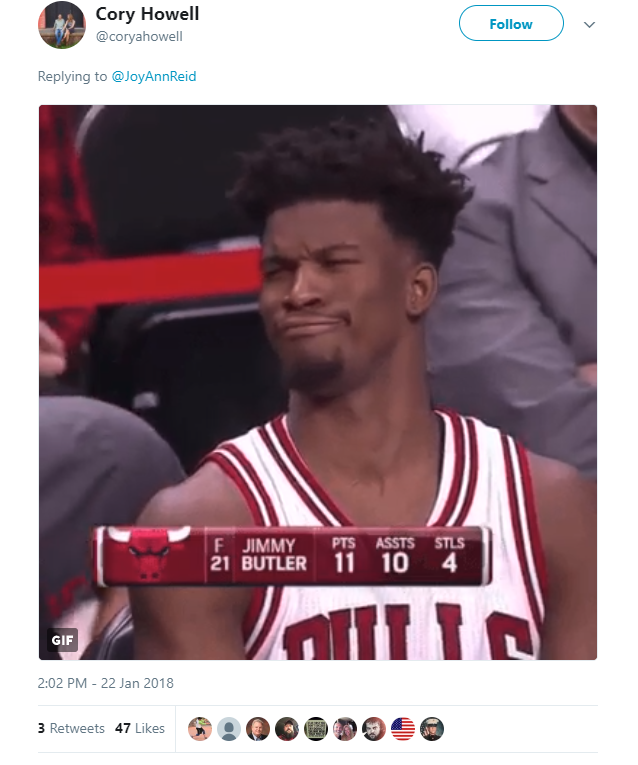