The North Carolina media have been predictably out of control since the legislature and Republican Governor Pat McCrory passed and signed the transgender bathroom law, but their behavior sunk even further following the Orlando terror attack when WRAL chief political correspondent Laura Leslie suggested backers of the law were to blame for the shooting because of their “rhetoric” “in the wake of this horrific anti-gay crime.”

Leslie cowardly deleted the posts in question, but they’ll live on thanks to The Daily Haymaker (here and here) with the first post calling out North Carolina lawmakers for something that happened hundreds of miles to the south and two states away: 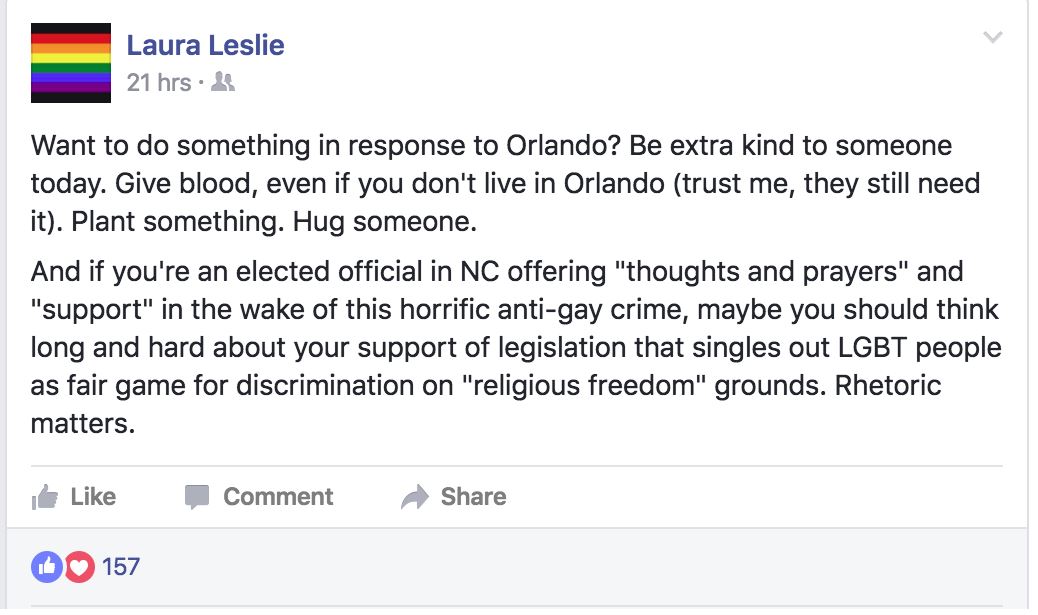 She seemed to have left behind the fact that the gunman was inspired by ISIS and radical Islam and instead attacked viewers who feel that way when she wrote that what occurred was not due to “radical Islamic terrorism” but “a mentally ill homophobe who drove over an hour to target a gay club and blamed his religion for something he wanted to do anyway.”

After trying to claim that her liberal view of Christianity was righteous by citing 1 Corinthians 13:12 and arguing that “we too often misinterpret God’s teachings,” Leslie dug herself in an even bigger hole by linking to a Slate article attacking the reaction to the terror attack by Republicans: 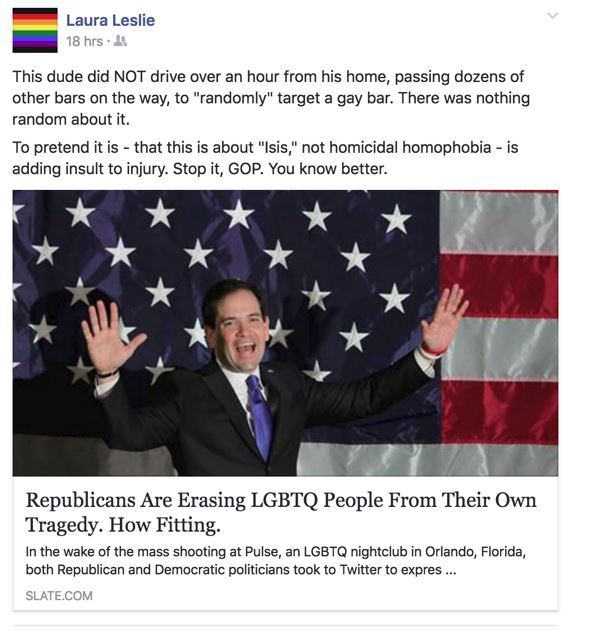 Leslie capped off her tirade in a fourth post decrying Muslims as “not our enemy, any more than Christians or Jews or Hindus are” before concluding that, instead, we should concern ourselves with “[c]razy MFers with guns and mental issues.”

“So let’s keep that sorted out, okay,” she demanded.

In a move that’ll hopefully surprise no one, she not only has produced full-length documentaries smearing conservative policy but works under station President/CEO Jim Goodmon, who’s donated money to McCrory’s Democratic gubernatorial opponent in Roy Cooper.