On Friday, the “big three” of ABC, CBS, and NBC covered the new scandal brewing inside the Democratic presidential campaign with the data breach involving the Bernie Sanders and Hillary Clinton campaigns (plus the Sanders camp suing the Democratic National Committee), but it was the CBS Evening News that sought to downplay the story by not covering the “brewing” “family feud.”

Along with CBS’s polite choice of words, the newscast took roughly ten minutes to even cover the scandal while ABC’s World News Tonight and NBC Nightly News led with the “breaking news” and dedicated at least three-minute segments to the matter (compared to the two minutes and 18 seconds on CBS).

Congressional correspondent Nancy Cordes alluded to the Sanders campaign’s suit against the DNC and included soundbites from Sanders campaign manager Jeff Weaver, but later was shown chiding Weaver about what he’ll do to smooth things over with their scandal-ridden opponent:

WEAVER: I can tell that you that this campaign, in an official capacity, does not possess any data, does not retain any data, doesn't want any of their data. We are running a clean campaign.

She concluded: “The DNC insists that the Sanders camp has not turned over the Clinton data that it took, and that until it does, it will not be allowed to access even its own voter information on the shared database.”

While ABC and NBC gave more airtime to the Sanders-Clinton-DNC fight, they nonetheless largely spun the story in the direction of the former secretary of state. After NBC Nightly News anchor Lester Holt declared that there was “a party war erupting” with it creating “huge drama” roughly 24 hours before the debate, Clinton correspondent and MSNBC host Andrea Mitchell arrived on scene to rescue Hillary.

Later touting it as “a classic showdown,” Mitchell blasted Sanders as “a long with little organization and no entourage” despite support from “millennials” and “huge crowds.” She closed by lamenting:

Tonight, the Clinton campaign accused the Sander's team of stealing its data in what is the first really nasty confrontation between two rivals who have been, until now, remarkably civil and 24 hours from now, they have to face each other in a debate.

[J]ust hours before we greet the candidates right here on the stage behind me, a major political firestorm, the drama unfolding right here tonight. Bernie Sanders, in a battle now with the Democratic Party after party leaders took action when it has been learned that members of Sanders’ team got access to Hillary Clinton’s confidential information on voters. Tonight, one of Bernie Sanders’ staffers fired and this evening, Sanders suing his own party after party leaders said what his team did is no different than robbing a house. 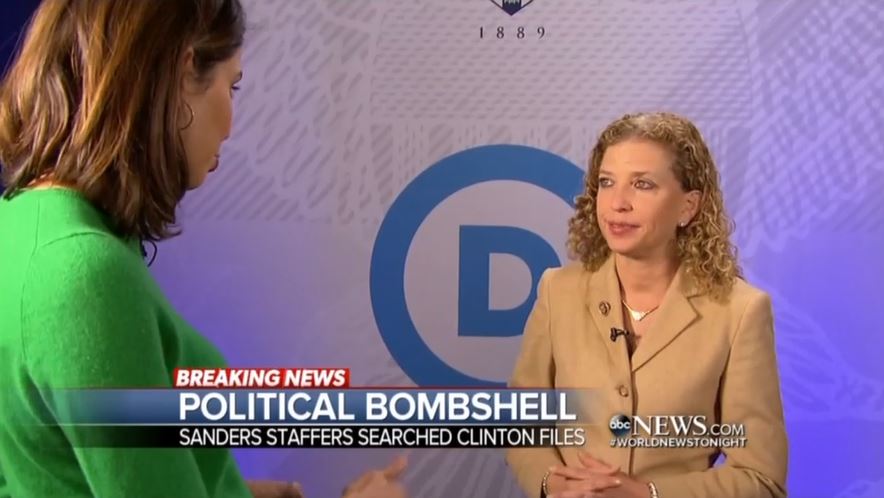 VEGA: They say that the DNC is in cahoots with Hillary Clinton, and this proves it. To that, you say what?

With all this in consideration, I’ll borrow a page from NewsBusters contributing writer P.J. Gladnick to ask an exit question to you, the readers: How more slanted and apocalyptic would the network coverage be if this had happened between two Republican presidential campaigns and the Republican National Committee?