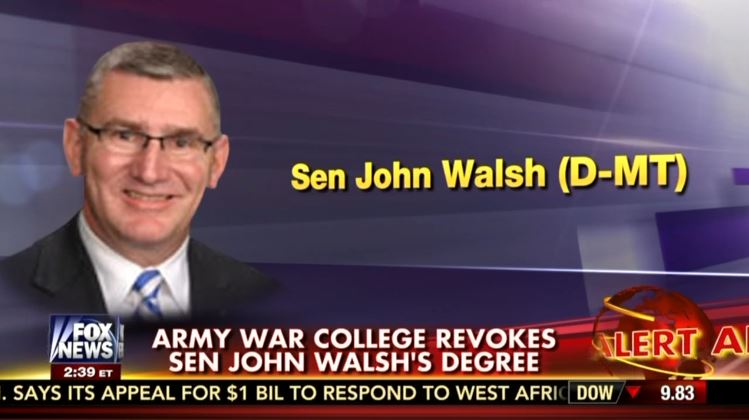 On July 24, it was discovered that Senator John Walsh (D-Mont.) had plagiarized his thesis statement as part of earning a master’s degree from the United States Army War College and led to the College revoking his degree on October 10. Back on August 7, Walsh announced that he would not be seeking reelection (as he originally planned) and would leave office after his term ends.

Throughout the whole scandal, the “big three” networks of ABC, CBS, and NBC combined for only one story in the form of a news brief on CBS This Morning on July 24 that lasted for 31 seconds.

When the results of an investigation were released on Wednesday that detailed a vast academic fraud scandal at the University of North Carolina (UNC) involving about 1,500 athletes, CBS and NBC each covered it with the CBS Evening News with Scott Pelley giving it 2 minutes and 29 seconds while NBC Nightly News spent 2 minutes and 23 seconds covering the scandal. Fellow network ABC and it’s evening newscast, World News Tonight with David Muir, failed to cover the story at all.

Taken all together, NBC made no mention of a plagiarism scandal that cost a sitting U.S. Senator their degree and led him to reverse course from seeking reelection against Montana Republican Congressman Steve Daines in November to leaving office when his term ends in January.

Meanwhile, the network found almost two and a half minutes to cover a wide-reaching scandal involving NCAA athletes at UNC and classes in the former African and Afro-American studies (AFAM) department that essentially didn’t existed (yet received credits as if they were). 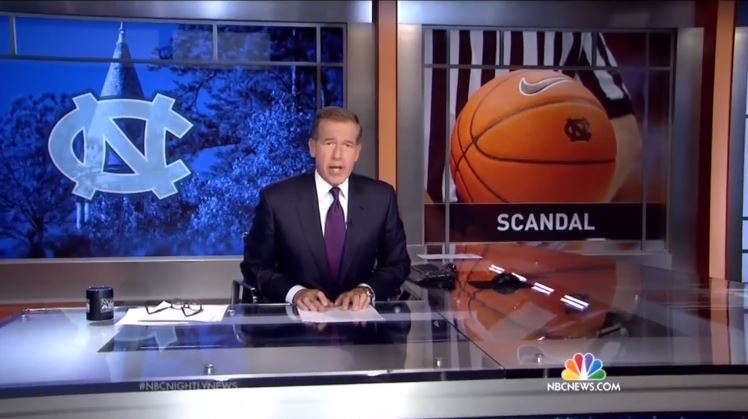 That all being said, both stories are worth covering. The UNC report, which was compiled by former U.S. Attorney Kenneth Wainstein, found that the program took place over almost 20 years, ranging from 1993 to 2011 and led to “at least nine employees being fired or under disciplinary review,” according to the Associated Press.

In the CBS Evening News story, CBS News correspondent Mark Strassmann said that the fake classes “kept hundreds of athletes academically eligible to play” in their respective sports. Additionally, the report will be turned over to the NCAA, which could hand down sanctions on the school.

As the Media Research Center’s Brent Bozell and Tim Graham pointed out in their August 12 column, the story involving Walsh doomed both him and the Democratic Party:

Walsh was one of the brighter hopes for Democrats in red states, where they had hoped to use his Bronze Star and his War College degree to seel him to voters who repeatedly re-elected [former Democratic Senator Max] Baucus. This news was devastating for Democratic hopes to retain their majority.

They also stated that “[i]f Sen. Walsh were an appointed Republican senator, this would be a massive TV story” and “[t]his is not debatable.”

So, on a busy news night with the deadly terrorist attack in Ottawa, Canada, CBS and NBC still found time to report on a newsworthy story regarding a massive academic scandal at one of America’s most prestigious schools and athletic programs. When an academic scandal broke out involving a U.S. Senator and vulnerable Democrat with the midterm elections just a few months away, however, the networks yawned at the story.