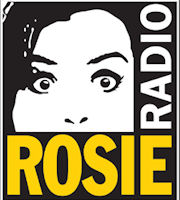 Given recent liberal statements disparaging having children, it's easier to understand left-wing opposition to a pro-life amendment to the health care reform bill. Just one day after Rosie O'Donnell essentially stated that public funding of abortion would solve the problem of paying for "all of the unwanted kids and the half-million of them in foster care," she disparaged the QuiverFull movement as "even scarier" when she found it was made up of conservative evangelical Christians.

QuiverFull became a topic of discussion on O'Donnell's March 16 Sirius XM "Rosie Radio" after she mentioned that her new girlfriend enjoyed watching the TLC program "19 and Counting," about the Duggar family. [Audio available here .]

The Duggars have 19 children and are part of the movement, in which married couples forgo birth control to give God complete control over how many children they will have.

"That's their religion. It's a movement among [stated in a fake-Southern accent] conservative evangelical Christians," explained Pete Mele, a staff member.

Mele continued, "It promotes procreation and sees children as a blessing from God, eschewing all forms of birth control." Both the Duggars and the QuiverFull movement were also targets for the Web site Alternet in a March 8 story.

Perhaps O'Donnell wondered about all children, even those born into less than ideal circumstances, being considered a blessing from God. After all, she did advocate publicly funded abortion as a means to reduce the costs of paying for foster care.

But really, O'Donnell fed her listeners the liberal talking point that abortion will save the country money - a point that the left doesn't want to publicly state.

Michigan Democrat Rep. Bart Stupak, who has fought tirelessly to block public funding of abortion in the health care reform bill before Congress, told National Review that some members of his party have placed finances above principles when it comes to abortion.

"If you pass the Stupak amendment, more children will be born, and therefore it will cost us millions more. That's one of the arguments I've been hearing," the congressman stated in an interview published March 12. "Money is their hang-up. Is this how we now value life in America? If money is the issue - come on, we can find room in the budget. This is life we're talking about."