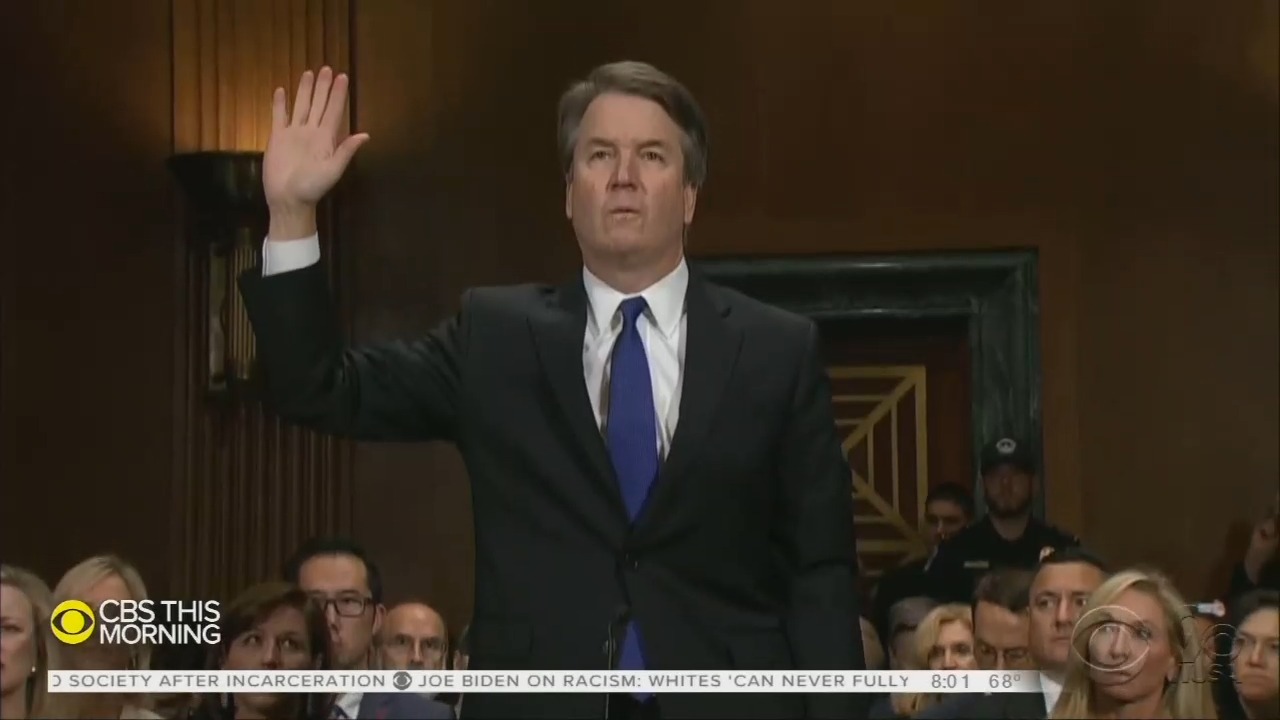 We were warned it was coming, and on September 17 it arrives: “The Education of Brett Kavanaugh: An Investigation,” by New York Times reporters Robin Pogrebin and Kate Kelly.

An edited excerpt appeared in the Sunday Review, “Brett Kavanaugh Fit In. She Did Not.” That “she” is Deborah Ramirez, whose uncorroborated sexual allegation against Kavanaugh (from memories of a dormitory party at Yale University) were part of the frenzy of the Kavanaugh hearings.

On Sunday night, the Times offered this bombshell update: “The female student declined to be interviewed and friends say she does not recall the episode.”

The excerpt of the book leaned heavily on the sociological aspects of the controversy, as pitting haves vs the have nots, placing Kavanaugh in an unflattering category -- the university’s “historically privileged white male population.” The belated class war about 1980s Yale was apparently launched to garner sympathy for Ramirez and distract from her thin account of the incident, already dealt with by the FBI during his Supreme Court hearing (an investigation that begin with assault allegations from Christine Blasey Ford): “Ramirez took pride in her parents’ work ethic and enjoyed simple pleasures like swimming in their aboveground pool, taking camping trips and riding behind her father on his snowmobile.....”

One senses the reporters are exaggerating the supposed deprivations of Ramirez’s perfectly pleasant-sounding childhood for effect.

The reporters also claim a new and damaging account involving Kavanaugh and a lewd act at a party. But there was also one staggering factual omission from that new story that once again suggested the New York Times still cares more about ruining Kavanaugh’s reputation than the pursuit of truth. 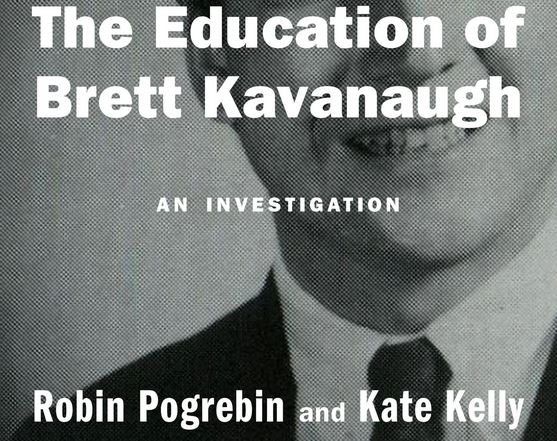 The excerpt took pains to portray Ramirez as an unprivileged faun unprepared for the over-privileged social mores of Yale.

....she studied hard but socialized little. She was raised Catholic and had a sheltered upbringing. In the summers, she worked at Carvel dishing ice cream, commuting in the $500 car she’d bought with babysitting earnings.

During the winter of her freshman year, a drunken dormitory party unsettled her deeply. She and some classmates had been drinking heavily when, she says, a freshman named Brett Kavanaugh pulled down his pants and thrust his penis at her, prompting her to swat it away and inadvertently touch it. Some of the onlookers, who had been passing around a fake penis earlier in the evening, laughed.

To Ms. Ramirez it wasn’t funny at all. It was the nadir of her first year, when she often felt insufficiently rich, experienced or savvy to mingle with her more privileged classmates.

“I had gone through high school, I’m the good girl, and now, in one evening, it was all ripped away,” she said in an interview earlier this year at her Boulder, Colo., home. By preying upon her in this way, she added, Mr. Kavanaugh and his friends “make it clear I’m not smart.”

The reporters let you know where they’re coming from.

But while we found Dr. Ford’s allegations credible during a 10-month investigation, Ms. Ramirez’s story could be more fully corroborated. During his Senate testimony, Mr. Kavanaugh said that if the incident Ms. Ramirez described had occurred, it would have been “the talk of campus.” Our reporting suggests that it was.

At least seven people, including Ms. Ramirez’s mother, heard about the Yale incident long before Mr. Kavanaugh was a federal judge. Two of those people were classmates who learned of it just days after the party occurred, suggesting that it was discussed among students at the time.

We also uncovered a previously unreported story about Mr. Kavanaugh in his freshman year that echoes Ms. Ramirez’s allegation. A classmate, Max Stier, saw Mr. Kavanaugh with his pants down at a different drunken dorm party, where friends pushed his penis into the hand of a female student. Mr. Stier, who runs a nonprofit organization in Washington, notified senators and the F.B.I. about this account, but the F.B.I. did not investigate and Mr. Stier has declined to discuss it publicly. (We corroborated the story with two officials who have communicated with Mr. Stier.)

That sounds like a suspiciously second-hand allegation to lob in any case, about events that allegedly occurred over 30 years ago. Accuser Max Stier was a lawyer on President Bill Clinton’s legal team during the Clinton-Lewinsky scandal in 1998, which is surely noteworthy (despite sad attempts from former Times reporter Jackie Calmes to dismiss the angle).

But there is another massive reason to mistrust the second-hand anecdote.

The updated version of the story, as of Sunday night, includes this at the end of the paragraph: “the female student declined to be interviewed and friends say she does not recall the episode.”

That detail made it into the book but not the paper’s excerpt. That’s a pretty major detail to somehow skip. It’s worse than burying the lead – in fact, without collaboration from the unidentified student, there is no story at all.

But the explosive fact that the newest “victim” doesn’t recall the story, already soft-pedaled in the book, was completely missing from the excerpt. As Mollie Hemingway of The Federalist (who got an early copy) noted:

Pogebrin and Kelly left the victim’s denial out of their New York Times story. It is unclear why the reporters and editors allowed the story to be published without this salient fact that they conceded, albeit briefly, in their own book.

(Hemingway’s Twitter feed has some enlightening and infuriating comments about the bias and unprofessionalism exhibited by the book’s authors and the paper’s editors.)

National Review’s John McCormack said “Omitting this fact from the New York Times story is one of the worst cases of journalistic malpractice in recent memory.”

Under pressure, the Times belatedly corrected the story Sunday night with the following Editor’s Note:

An earlier version of this article, which was adapted from a forthcoming book, did not include one element of the book's account regarding an assertion by a Yale classmate that friends of Brett Kavanaugh pushed his penis into the hand of a female student at a drunken dorm party. The book reports that the female student declined to be interviewed and friends say that she does not recall the incident. That information has been added to the article.

But that correction did not appear in at least one print version of Monday morning’s National edition, and a follow-up article on the predictable howls for impeachment from the Democratic candidates failed to update the smear with a similar correction.

Reporter Sandra Garcia wrote on Monday under the online head and misleading subhead: “Calls for Kavanaugh’s Impeachment Come Amid New Misconduct Allegations -- President Trump and other Republicans defended the Supreme Court justice after a New York Times essay described a previously unreported story about him as a student at Yale.”

Not even the paper’s own sympathetic book review section was wholly on board. Outside contributor Hannah Rosin was politely underwhelmed by Pogrebin and Kelly’s offering: “In the end they turn up no smoking gun, no secret confession, no friend who comes forth to say Kavanaugh was lying all this time.”