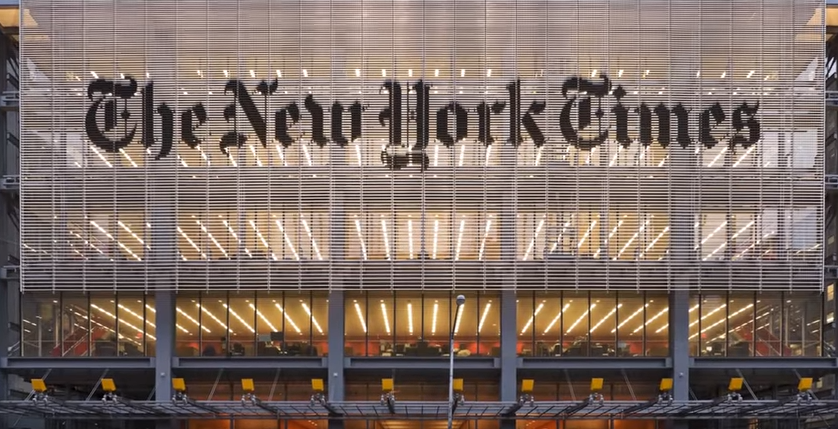 The headline looked promising: “The Six Forms of Media Bias,” from the weekday newsletter of New York Times writer David Leonhardt. Would a confession of liberal media bias follow?

Leonhardt, the paper’s former Washington editor, earlier this year shouted about impeaching Trump. In his newsletter Thursday, he tried to sneak in some liberal “facts” into his breakdown of media bias.

One could easily spot Leonhardt’s own biases in his favorable citations of Democrats.

Brian Fallon, the Democratic strategist, recently had a pointed description of bothsidesism. He described it as a “a performative effort to triangulate so as to present the journalist as more deserving of the public’s trust than their elected leaders. It’s a political act, and shows just as much bias as picking a side.”

Affluent bias. The media isn't just biased toward the center. It often confuses the center with views that are actually those of the affluent....

Why does this bias exist? National journalists, the ones who often set the agenda, spend a fair amount of time around wealthy people, and national journalists themselves tend to be more affluent than most Americans....

The Times certainly does hypocritically celebrate conspicuous consumption (by the way, the above Newsbusters piece was by the same Margaret Sullivan, when she was Public Editor for the New York Times).

Leonhardt turned to “The same biases that afflict society,” both examples he offered as common sense were actually debatable assertions from the left:

From sexism in political reporting (“likability”) to racism in crime coverage (the “crack baby” stereotype), the media often suffers from the same biases that other Americans do...

He offered a modified confession that, yes the media was liberal...but her emails!

Liberal bias. Yes, it’s real. Most mainstream journalists do lean left. Political reporters and Washington reporters are usually professional enough to keep these views from affecting their coverage. Instead, they’re more likely to suffer from bothsidesism, even when a both-sides story isn’t the most accurate one. The coverage of Hillary Clinton’s emails, to take one example, certainly didn’t suffer from liberal bias.

He admitted that on issue-based coverage, liberal bias exists, citing “Education reform -- the media’s frequent hostility toward charter schools” as his single example, which is certainly accurate and which the paper recently demonstrated on its front page.

But then he turned his focus to Fox News and talk radio (which is opinion based) and attacked it with much more vigor than he had during his clipped, modified acknowledgment of the media’s liberal bias.

Conservative bias. It’s real, too. Fox News and talk radio are huge, influential parts of the media. They skew hard right, and they often present their readers with misleading or outright false information, be it “birtherism” or conspiracy theories....

He then affirmed his preference for the liberal type of bias.

Much of the media -- local and national, news reporters and opinion columnists -- tries hard to tell stories accurately and corrects itself when it errs. Fox and a lot of talk radio do not. And I’ll take a fallible, self-reflective media, even with all of the biases I’ve listed here, over a media that is more akin to propaganda.