New York Times reporters Michael Shear and Adam Liptak’s review of Supreme Court nominee Brett Kavanaugh and his involvement in Ken Starr’s independent counsel investigation of President Bill Clinton, made the front page of Sunday’s edition. It conveniently served as a defense of the Clintons against the “puritanical” “hatred” of Republicans: “Court Pick, Soldier in the Battle to Impeach Clinton, Has Regrets.”

The reporters's opening and closing quotes are from former Clinton adviser current Chicago mayor Rahm Emanuel, surely a nonpartisan source of objective wisdom on the matter at hand.

By the beginning of 1998, Brett M. Kavanaugh seemed set: a Yale law degree, three judicial clerkships, including one with Justice Anthony M. Kennedy, and, less than a decade out of law school, a coveted partnership at Kirkland & Ellis, a prominent law firm with offices a block from the White House.

At just 32, Mr. Kavanaugh had wrapped up a three-year stint working for his mentor, Ken Starr, on the sprawling Whitewater investigation of President Bill Clinton. The inquiry was finally winding down, and Mr. Kavanaugh believed it was in some ways deeply flawed, telling an audience at Georgetown University Law Center, “It makes no sense at all to have an independent counsel looking at the conduct of the president.”

Then, just as he was starting at the law firm, he went back. 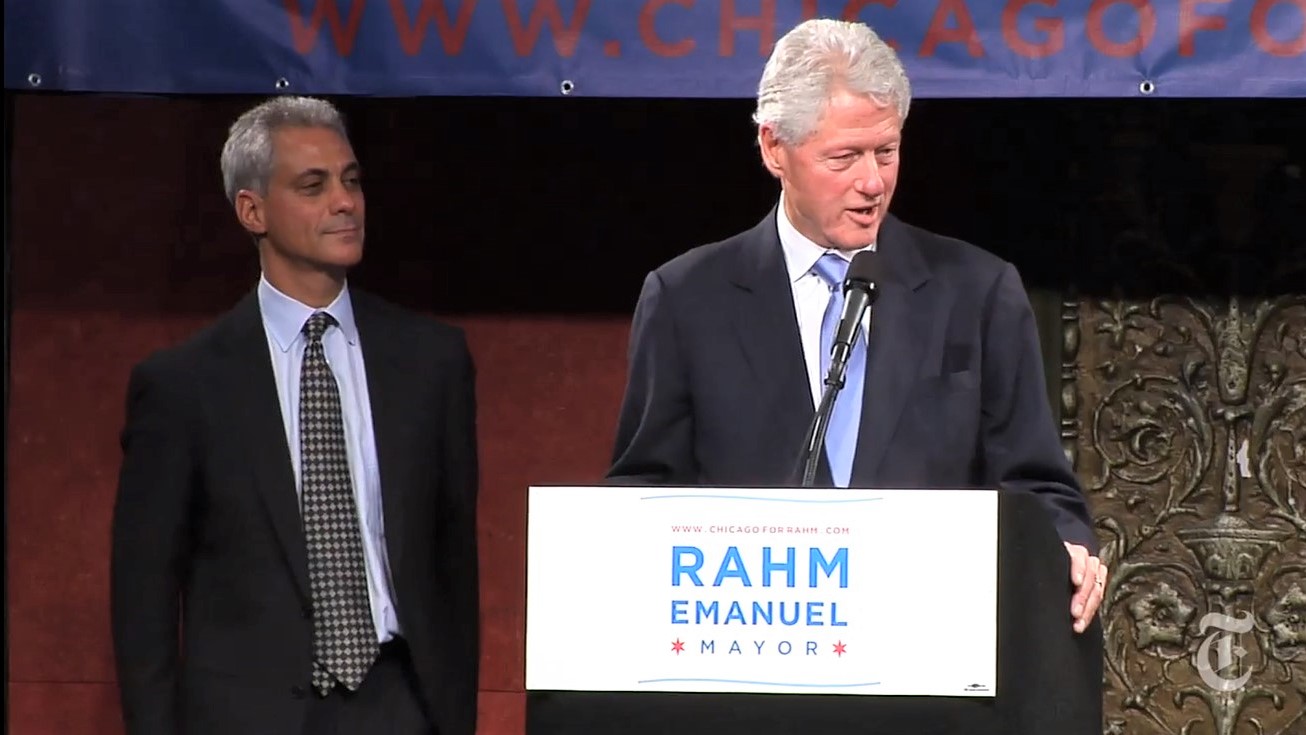 Kavanaugh pressed Starr to question Clinton on his sexual relationship with Moncia Lewinsky and drafted the section of Starr’s report that laid out grounds for Clinton’s impeachment. He now regrets much of what the paper calls the “politically radioactive prosecution” of Clinton. That’s when Emanuel stepped in.

“It redefines flexibility,” said Rahm Emanuel, the mayor of Chicago, who was a senior adviser to Mr. Clinton at the time.

The Times summed up the Paula Jones sexual harassment lawsuit “that had been nurtured for years by a network of conservative lawyers.” The same paper that obsessed over Stormy Daniels relationship with Donald Trump and has joined the #MeToo movement undergoes a convenient 90s backlash to again label such concerns “purtitanical.”

By the summer, the investigation that Mr. Kavanaugh had rejoined was seen by many in Washington as an out-of-control, puritanical crusade that had morphed into an unfair attempt to criminalize the president’s personal behavior -- a perception that opinion polls showed was largely shared by the American people.

The House voted to impeach Clinton on two counts, but Clinton was acquitted in the Senate.

It was a rough time for Mr. Starr’s team, which was roundly criticized in legal circles for having conducted an obsessive inquiry into unseemly but private conduct.

“This was a crusade to find some way to get Bill Clinton, and maybe Hillary, too,” said Stephen A. Saltzburg, a law professor at George Washington University.

The Times even blamed the Clinton investigation (seven years after Anita Hill tried to scuttle Clarence Thomas's nomination) as launching the "partisan divide in Washington."

But it was also an energizing period for America’s conservative movement -- a time when a sprawling network of Federalist Society lawyers, Republican lawmakers and Washington lobbyists came close to taking down a sitting Democratic president. The clash with the Clintons over Ms. Lewinsky cemented the right’s hatred of the president’s family, accelerating a partisan divide in Washington that has gripped the city ever since.

Check the tone Shear and Liptak employ, and try to imagine the paper criticizing the “eager...vilification of a Republican president.”

Shear and Liptak circled back to Emanuel, whose question (bolded below) also served as a subhead for the story.

“The question is: Are we going to get a jurist or a partisan?” Mr. Emanuel said. “I think that’s a fair question. They are going to have to look at the entirety of his work and make a judgment. It’s part of his life’s work.”