NYT's Landler: Only Obama Can Save World From 'Nativism...Nationalism' 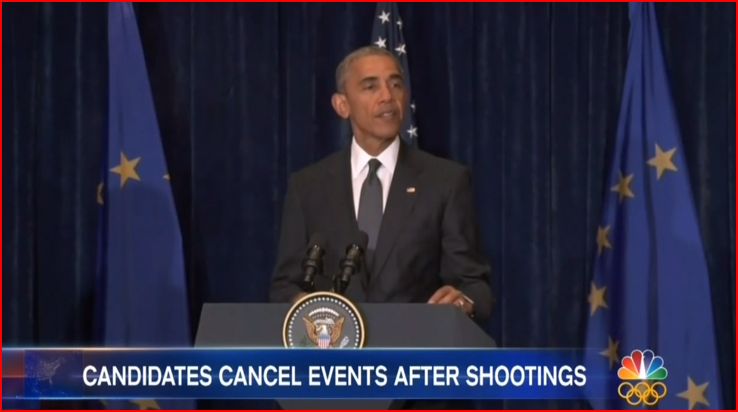 Back in May, New York Times reporter Mark Landler praised President Obama for saving the U.S. economy and insisting “Many historians agree.”

In his “White House Letter” of July 4, “Globalization Demands Obama’s Oratorical Skills,” he went further, calling in Obama to save the world economy against the ugly forces of “nativism and nationalism” of Trump and the Brexiteers with his silver-tongued oratory. The text box portrayed the president as delicately nudging the thugs with nuanced rhetoric: “Making a delicate case amid a rising tide of nativism.”

When President Obama travels to North Carolina and Europe this week, he will press an argument that could define foreign policy in the last six months of his presidency: that Americans and Europeans must not forsake their open, interconnected societies for the nativism and nationalism preached by Donald J. Trump or Britain’s Brexiteers.

Few presidents have put more faith than Mr. Obama in the power of words to persuade audiences to accept a complex idea, whether it is the morality of a just war or the imperfect nature of American society. Yet countering the anti-immigration and anti-free-trade slogans in this election year will require all of his oratorical skills.

Mr. Obama road-tested his pitch over the last two weeks in two friendly venues: Silicon Valley and Canada. This week, he will take the case to North Carolina, a swing state that has been hard hit by the forces of globalization, and to a NATO meeting in Poland, where the alliance members will grapple with the effects of Britain’s vote to leave the European Union, known as Brexit.

The case for ambitious trade deals, Dr. Prasad said, is that they allow the United States to set the rules for its dealings with other countries, and to wield greater geopolitical influence. Yet those arguments are easily overshadowed by the simple, if dubious, assertion that the losses to the American economy from these deals are greater than the benefits.

Then, in Europe, Mr. Obama may find a more receptive audience, given the deep misgivings over the British vote.

“His timing is pretty good,” said David Axelrod, a former senior adviser to Mr. Obama. “If he arrived the week before, the party would have been rip-roaring. Now everybody is sitting there with an ice pack on their forehead. They might be ready to listen to some sensible advice.” 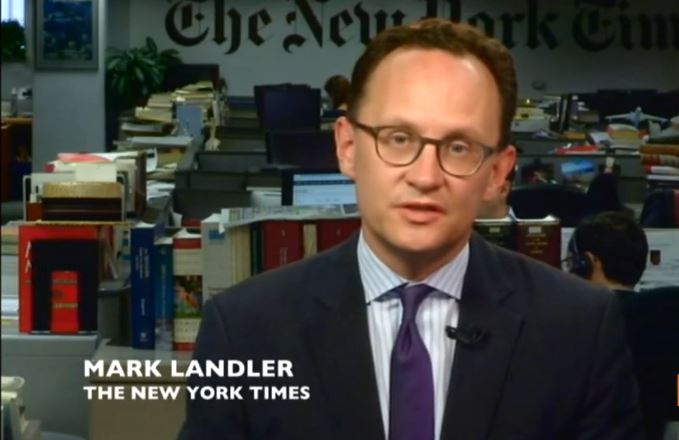 Of course, Britain ignored Obama’s sage advice (delivered as a lecture while the president was on British soil) when it voted to depart the European Union, but Landler somehow skips Obama’s failure there while insisting Europe should listen to him.

Mr. Obama spoke out publicly against a “leave” vote when he visited Britain in April, and the outcome of that debate was perhaps a harbinger of the challenges he faces in resisting antiglobalism at home. In his speeches, he emphasizes that leaders must recognize the fears and resentments that people feel because of economic dislocation.

By recognizing people’s fears while making the case for an interconnected world, Mr. Axelrod said, the president has found the “sweet spot” in the debate. But telling people that they can do nothing to stem the tide of globalization is not a particularly appealing message.

While Mr. Trudeau was talking about whether Canada would export more hydroelectric power to the United States, Mr. Obama began scribbling notes. When it was his turn to speak, he abruptly veered into a discussion of the meaning of populism, a term often used to describe the political appeals made by Mr. Trump or the pro-Brexit campaigners.

Obama’s problem? He just cares too darn much, which makes him smear those who disagree with him: “That’s nativism. Or xenophobia. Or worse.” Shear didn’t blink at the president bashing American and British politicians while in Canada:

When he had finished, an obviously worked-up Mr. Obama apologized for the digression, saying that as he neared the end of his presidency, he felt entitled to go “on these occasional rants.”

The next day, Mr. Earnest was asked if the president planned any more of these rants. “Considering we’ve got another six and a half months to go before the end of the presidency,” he replied, “I think it’s likely we’re all going to get to enjoy at least one more.”