You follow the antics of AOC and the so-called "Squad" of hers and you wonder if the Left has lost its mind. Your instincts are correct. And if it's any comfort to them, they're not alone. In fact there are even loonier elements loose among the elites. 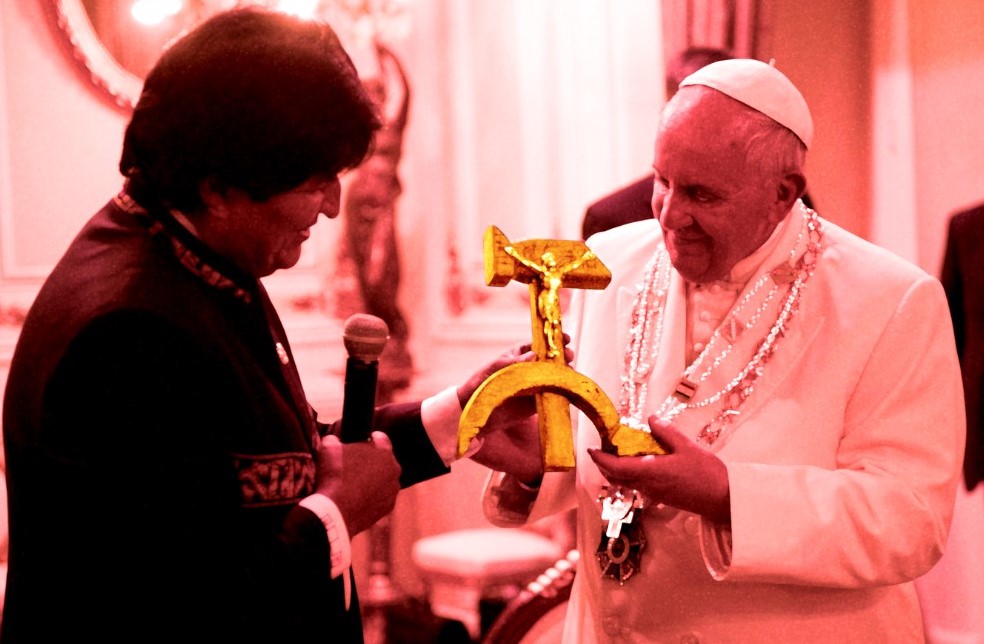 On the East Coast, the Manhattan-based leftist Jesuit magazine America regularly produces copy assaulting the teachings of the Catholic Church. (Some Jesuits are born with that DNA.) But they've outdone themselves now, even by their standards. They've published an article titled "The Catholic Case for Communism" by their Toronto-based correspondent Dean Dettloff, who just happens to be a member of the Communist Party of Canada.

Dettloff concedes that “Christianity and communism have obviously had a complicated relationship. That adjective ‘complicated’ will surely cause some readers to roll their eyes.” Well, he's right. It did. Communists have murdered millions of Catholics all over the world. Millions more in China, Cuba and elsewhere continue to be persecuted. "Complicated"? Programming a remote control can be complicated. There's a better word for this Communist-Catholic dynamic. It's called "genocide."

This communist argued "though some communists would undoubtedly prefer a world without Christianity, communism is not simply a program for destroying the church.” Except that is precisely what it has tried to do all over the world since its founding, and for good reason. Catholicism is its mortal enemy.

Rod Dreher wrote a devastating piece for The American Conservative titled “Jesuits Rehabilitate Communism.” Dreher wrote he recently knelt in Warsaw at the grave of the Blessed Jerzy Popieluszko, the chaplain of the Solidarity labor union movement, who the communist security forces beat to a lifeless pulp in 1984. In communist countries, faithful priests and believers weren't just killed, but tortured, and forced to watch their beloved Christ and his cross being mocked in lurid and disgusting ways.

It wasn't “complicated.” It was obscene.

So, do you think it can get any more intellectually incoherent than that? Let's just mosey over to the West Coast now and see what we find there. Hollywood is about as left-wing as you can get, but you can never get to be leftwing enough if you're on the left, and here they go again.

Hollywood is facing intense pressure from the Left to be more “progressive.” Now they're targeting movies for children. What's the problem there, you ask? Just read Esquire magazine and you'll learn that Disney movies like The Lion King are unacceptably uber-capitalist.

Gabrielle Bruney acknowledges in her piece that this is a movie about animals, not humans, but that doesn't matter. "The politics of a cartoon savannah shouldn’t be taken too seriously, of course" - and now she becomes instantly serious - "but regressive class messaging abounds in children’s films. A 2016 study of G-rated blockbusters found that nearly a third of all the main characters in the films were upper class, while another quarter were upper middle class. Just 20 percent of leads were working class or poor.” 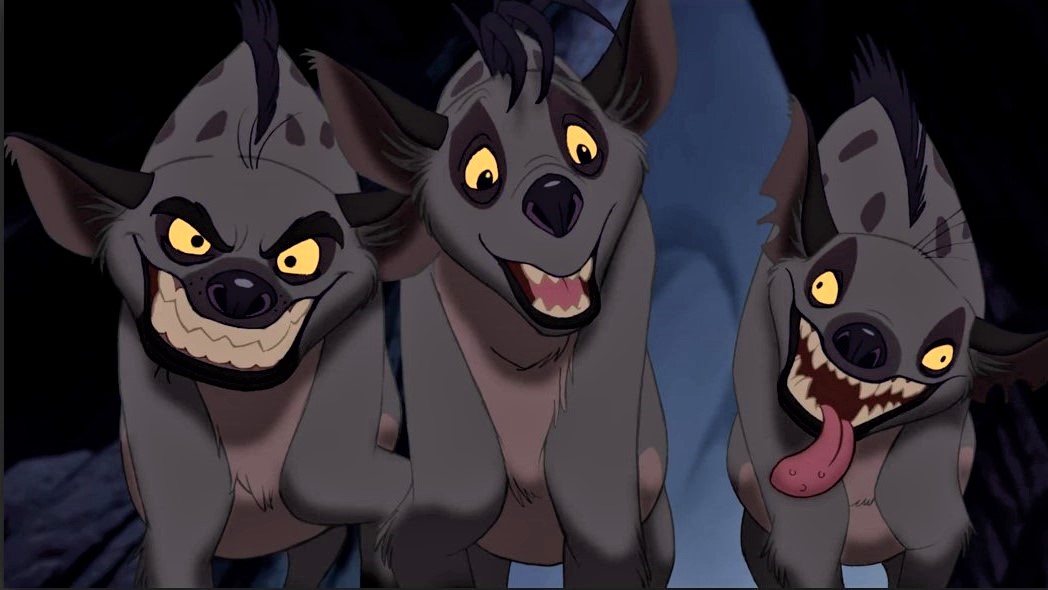 You see, the lions are the rich, and this means their prey are somehow the poor. Bruney complains that the hyenas in the film are the villains, even though the lions also prey on other animals. “The problem with the hyenas, then, appears not to be that they eat meat, but that they’re trying to eat above their station. In the class structure of Pride Rock, Disney pretty much made villains of the hungry poor, outcast animals who just wanted to literally eat the rich.”

Similarly, The Washington Post published a column by Dutch professor Dan Hassler-Forrest denouncing The Lion King as "fascistic,” portraying “a society where the weak have learned to worship at the feet of the strong.” The hyenas “transparently represent the black, brown and disabled bodies that are forcefully excluded from this hierarchical society.”

Holy smokes. Can you follow this nonsense? Then again -- did we just say "holy" (slyly inserting religion) and "smokes" (we must support the tobacco lobby)?

Maybe, just maybe there's some hope here. Maybe the intolerant left will find fault with everything and one day, like a black hole, implode upon itself.