Bozell & Graham Column: So Much for That 'Unprecedented' Jail Talk 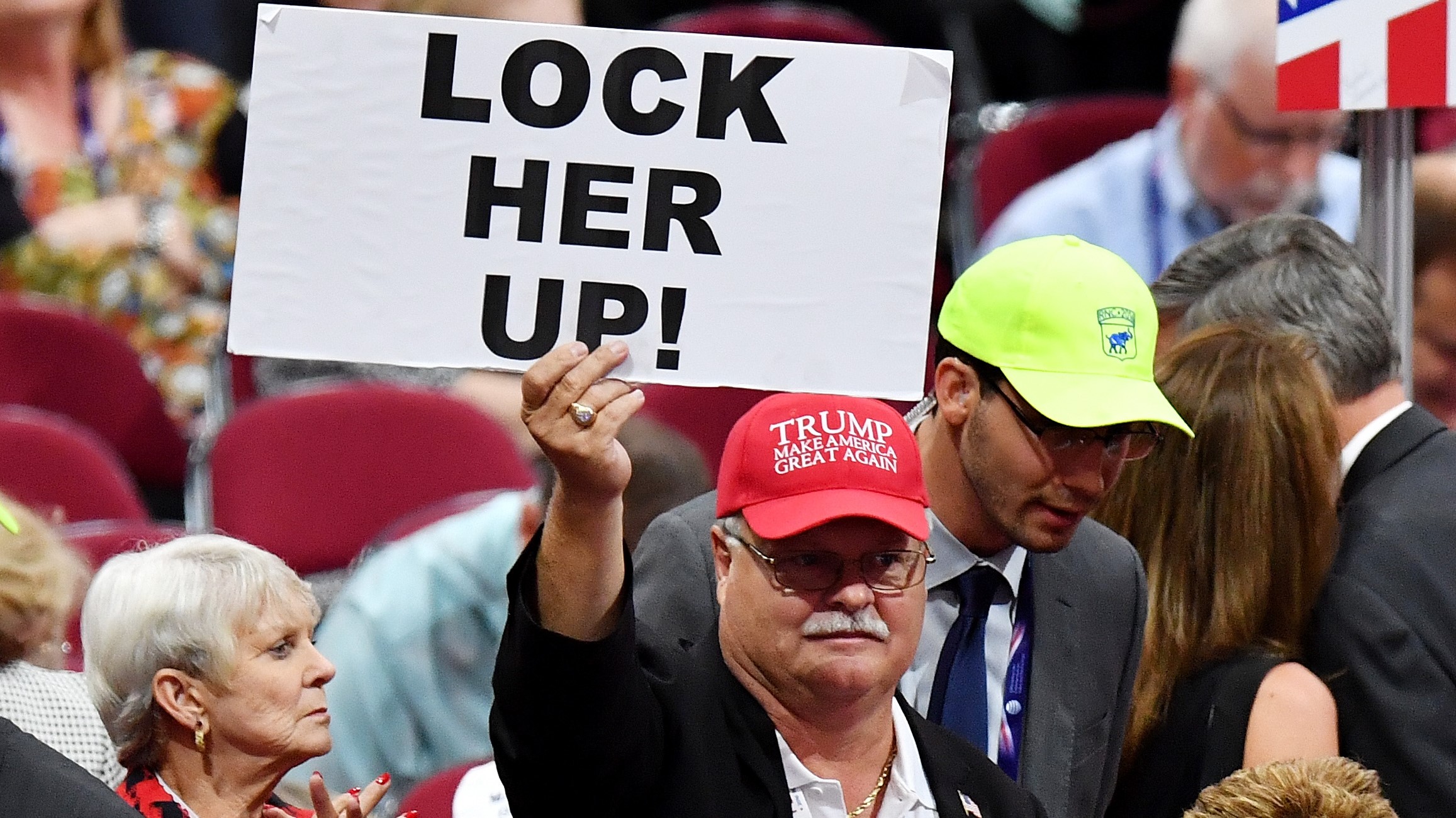 The Republican convention’s rowdy chants about Hillary Clinton -- “Lock her up!” – have caused liberal journalists to get extremely distressed. In their lead editorial on July 21, The Washington Post fulminated that Team Trump’s “descent from standard red-meat partisanship to unprecedented accusations of criminality displays contempt for the rule of law and a startling disinterest in fact and reason.”

That’s strong brew. It’s too bad for them that it’s completely false. Somehow, the Post writers are acting like they were born yesterday, or slept through the last Republican presidency. They’ve chosen to overlook that their liberal friends in news and entertainment were active participants in an eight-year anti-GOP hatefest.

Take CNN commentator Jack Cafferty, who on October 17, 2005, gushed to Wolf Blitzer about the idea of Karl Rove in prison: “What should Karl Rove do if he is indicted?...He might want to, he might want to get measured for one of those extra large orange jump suits, Wolf, because looking at old Karl, I’m not sure that he’d, they’d be able to zip him into the regular size one."

That legal expert known as Rosie O’Donnell insisted to Geraldo Rivera on April 30, 2005 that "This President invaded a sovereign nation in defiance of the UN. He is basically a war criminal. Honestly. He should be tried at The Hague.”

Or try Michael Moore delighting Chris Matthews on July 23, 2007: “Personally I'd like to see a perp walk coming out of the West Wing of the White House." Matthews inquired: "Do you think they're guilty of war crimes?" Moore replied: “Absolutely....I think we need a trial, in this country, where Mr. Cheney and Mr. Bush would be brought up on charges for causing the deaths of so many people.”

Al Franken, now a United States senator, wildly talked of executions for Bushies over the Valerie Plame matter on David Letterman’s “Late Show” on October 22, 2005. “This is essentially, you know, George H.W. Bush, the President's father, was the head of the CIA and he has said that outing a CIA agent is treason.” Letterman agreed: “It is treason, yes.” Franken added: “And so basically, what it looks like is going to happen is that Libby and Karl Rove are going to be executed."

This being a “civilized” audience in Manhattan, they laughed, and then Franken implied executing President Bush might be a logical follow-up if Rove confessed about higher-ups. “ In that case the President -- and I think, by the way, that we should never ever, ever, ever execute a sitting President.” Letterman played along in this grisly game. “Have we ever come close in the history to executing a seated President?” Franken answered: “No, this will be the closest.”

Let’s conclude with the one and only Ed Schultz, who like others in liberal hate radio, specialized in wanting Republicans dead, On his show on May 11, 2009, he begged for Dick Cheney’s demise. “Lord, take him to the Promised Land, will you? I don’t even wish the guy goes to Hell, I just want to get him the hell out of here.” On February 24, 2010, Schultz shouted “You’re damn right Dick Cheney’s heart’s a political football! We ought to rip it out and kick it around and stuff it back in him!”

Dear Washington Post ranters: there’s nothing “unprecedented” about calling your opponents criminals, or wanting them dead. Liberals have excelled at that rhetoric forever.