On Wednesday's Anderson Cooper 360, an eight-member panel consisting of only one solid conservative, combined with several solid liberals, was mostly down on GOP presidential candidate's short list of possible Supreme Court picks. With socially liberal Republican Margaret Hoover, who referred to the picks as a "dog whistle to social conservatives," joining with other liberals to gripe about the list, Kayleigh McEnany was left as the only panel member to advocate for the choices.

At one point, a liberal panel member -- Hillary Clinton supporter Christine Quinn -- ridiculously interpreted McEnany as praising the justices for being "white" when the conservative analyst was merely praising them for being ideologically similar to conservative Antonin Scalia.

In a later appearance on CNN Tonight, the liberal Toobin suggested that conservatives are against "equal rights" for homosexuals and transgenders as he asserted: "If you want gay and transgender people not to have equal rights guaranteed under the Constitution, these are the judges you want on the Supreme Court."

Returning to AC360, Cooper then moved to Hoover, labeling her "conservative," as he posed: "Margaret, in terms of -- as a conservative -- what does the list make you think about Trump?"

Hoover labeled herself as "conservative" as she admitted to having a dissenting view on LGBT rights with the "conservative movement" as she began:

I mean, let's be clear, I'm a conservative who runs an LGBT organization that helps Republicans navigate LGBT issues affirmatively because I think there's actually a conservative case for individual freedom -- go figure -- I'm for a Republican party that can win national elections also. This list is a dog whistle to social conservatives.

She then suggested that a GOP nominee should abandon "values voters" to win the general election: 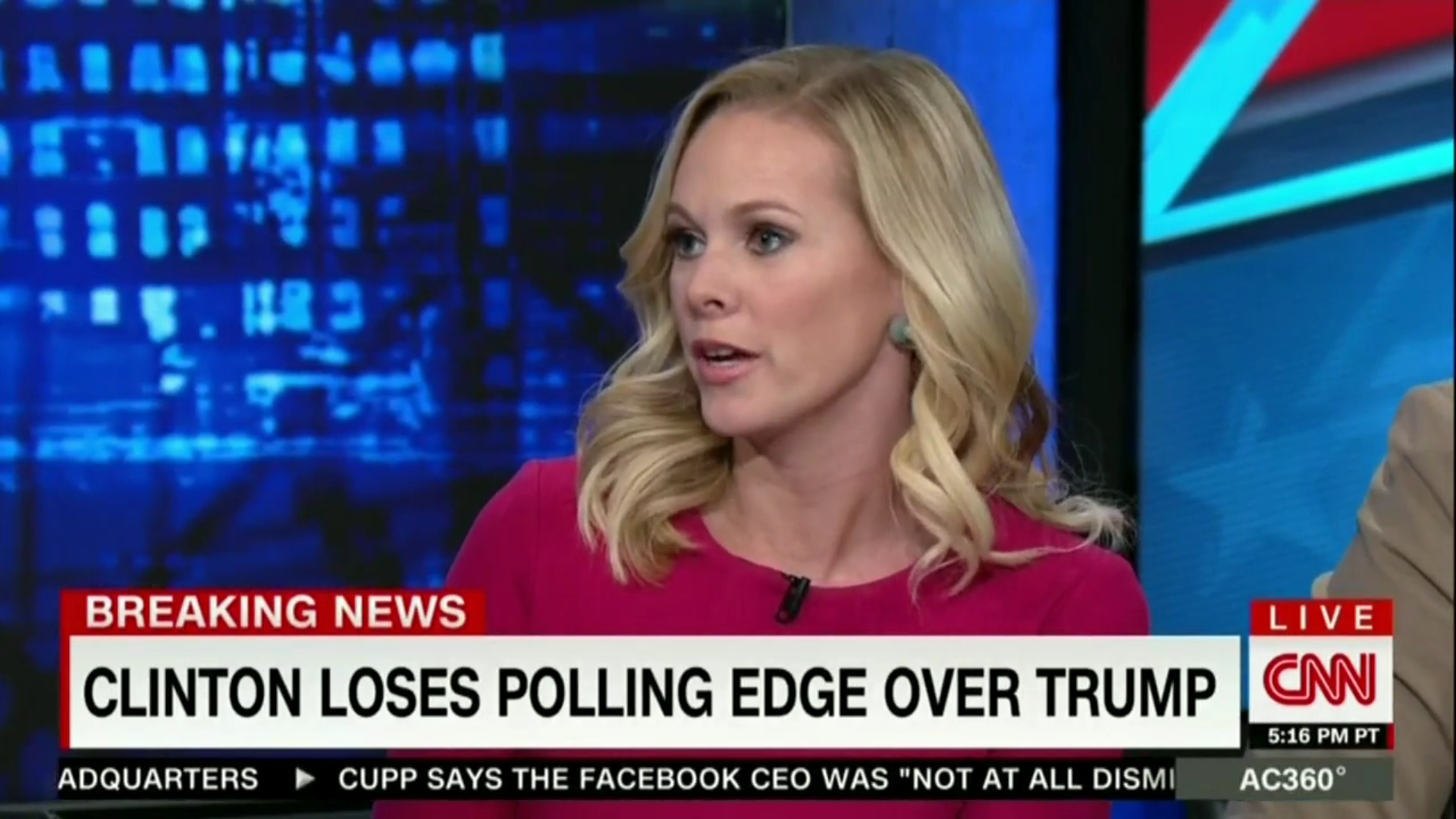 And, to me, I think the lesson that we've learned this primary is that you don't actually have to dog whistle values voters issues in order to win a Republican nomination anymore. The conservative movement would have us believe that you have to be Ted Cruz and you have to run on values voters issues, you have to say these 11 judges are the kind that you'll anoint to the Supreme Court -- or appoint to the Supreme Court, sorry -- that's not the case anymore. Donald Trump won. So I don't see why he feels shackled or tied-

After Cooper posed, "But doesn't this bolster his credentials among conservatives?" she added:

Look, what he does need to do is win all the votes that Mitt Romney won -- plus. Okay? So, clearly, what his advisors are telling him -- or Reince Priebus, as it's been reported -- is that you need to do something to shore up these conservative voters who may not vote for you. But he's running a general election now. He's running against Hillary Clinton. Social issues are not how you win a general election if you're going to tack towards the right.

Cooper then turned to McEnany who began:

Quinn could be heard injecting: "Look at lot like-?"

These are not justices that, you know, are going to come on and do something radical in this country. On the contrary, these are justices who are textualists, who are originalists, who believe that the Constitution means something, the words on the page mean something. It's not just open, free-for-all interpretation.

As Quinn then got her turn, she began by suggesting racism by her fellow panel member: "I hope, when you said, 'looked a lot like,' you didn't literally mean 'white man.' We'll assume you didn't."

McEnany then made a clarification that should not even have been required: "I said ideological makeup, so when I said, 'look,' I meant 'ideological look.'"