STUDY: CNN Ignored Allegations Against Biden for an Entire Month 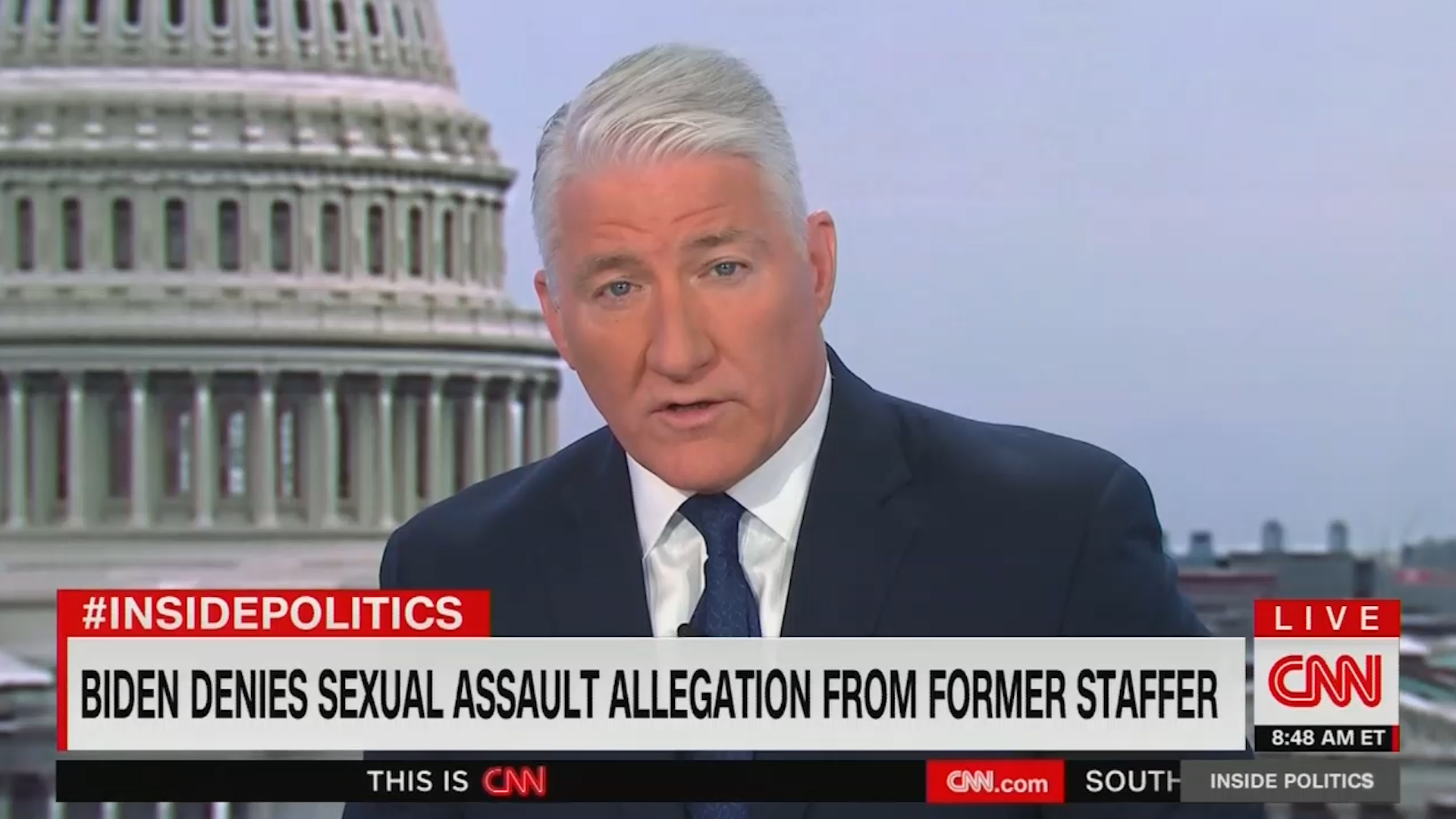 Self-ordained “facts first” cable network CNN took more than a month to cover the sexual assault allegation against Joe Biden by former Senate staffer Tara Reade. But two years ago, during the confirmation process of Supreme Court Justice Brett Kavanaugh, CNN was quick to float the vague claims of anonymous Democratic staffers, reporting on the supposed existence of an accuser two days before her claims even were made public.

There was also no concern for tarring Kavanaugh's reputation with smears that would never be proven, as that same network recklessly parroted unsubstantiated claims against the then-nominee, associating him with the word “rape” 191 times in less than three weeks.

CNN did not breathe a word about the accusation against Biden until April 25 — a full month after Reade’s allegations first were reported. According to a recent MRC study by Scott Whitlock, the liberal cable network conducted two town halls and one live interview with Biden during that time, but they failed to bring up the allegation even once.

When CNN finally did get around to informing their viewers about Reade’s story, they focused heavily on the Biden campaign’s denials. On the April 25, 1:00 pm ET edition of CNN Newsroom, correspondent MJ Lee read aloud the statements from two Biden staffers defending the former Senator.

Lee also touted reporting by the New York Times that none out of “nearly two dozen people who worked with Biden in the early 1990’s”  could corroborate Reade’s claim: “Nobody from that time is aware of such a complaint, including [Biden] himself.”

Contrast that with CNN’s handling of the unsubstantiated claims against Justice Kavanaugh. Back in 2018, CNN was reporting on the supposed existence of an accuser two days before her claims were made public. In the 18 days that followed, journalists and hosts threw due process and the presumption of innocence in the gutter, and associated Kavanaugh with the word “rape” 191 times (an average of more than 10 times per day).

Back then, it was unthinkable that anyone on CNN would dare challenge the claims of Kavanaugh accuser Christine Blasey Ford. Yet on May 1 of this year, Inside Politics host John King nodded along as New York Times correspondent and CNN analyst Maggie Haberman cautioned: “there have been some contradictions in [Reade’s] claims.”

If CNN believes Reade has as much of a right to be heard from as Ford did in 2018, they’re doing a pitiful job of helping her tell her story. As of May 11, they still have yet to play a single second of audio from the interview she gave on March 25. On May 7, former Fox News and NBC host Megan Kelly also interviewed Reade, but thus far CNN has failed to air one iota of their conversation.

When the man being accused was a Trump Supreme Court nominee, CNN’s supposed concern for victims outweighed their respect for due process. But now, faced with a sexual assault allegation against the presumptive Democratic presidential nominee, their priorities have flipped.