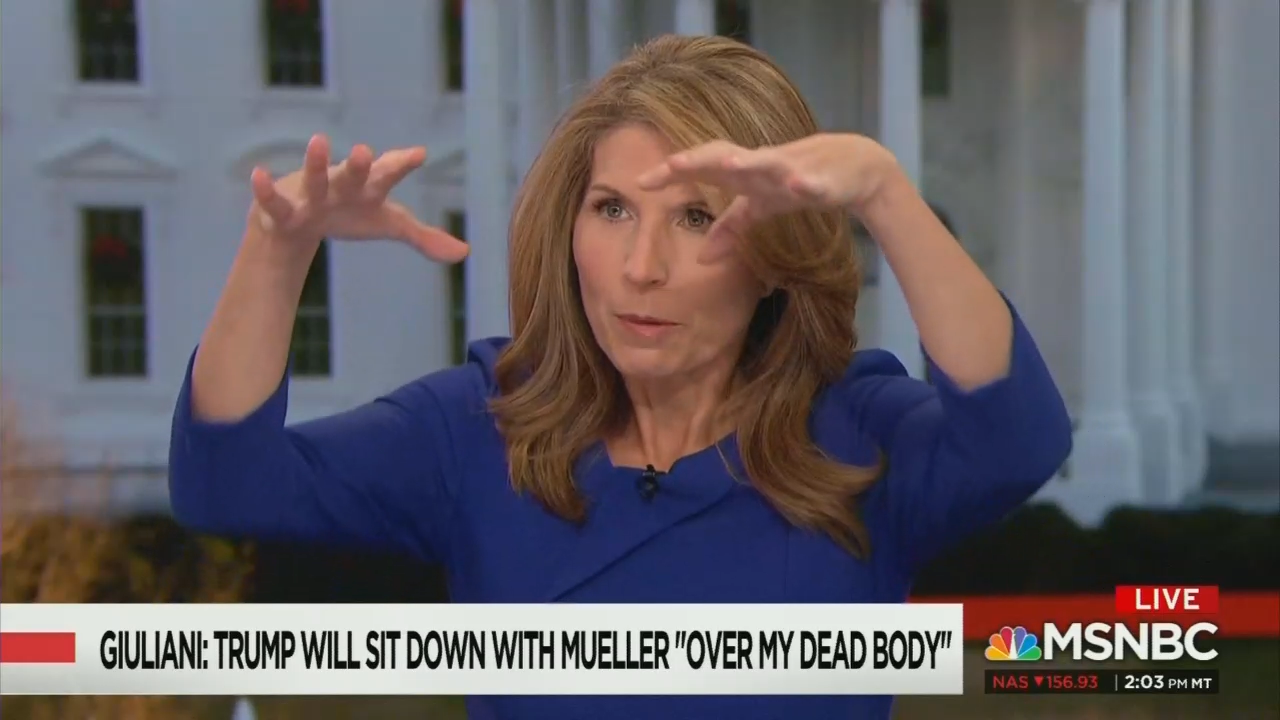 Over the past 10 days, journalists on CNN and MSNBC have dutifully repeated the Democrats’ claim that “the walls are closing in” around President Trump. Cable hosts and their guests have used this precise verbiage a total of 50 times since December 10 – and that’s not including the instances in which Democratic politicians repeated the assertion on TV.

Over the past 10 days, journalists have uttered this catchphrase 26 times on MSNBC and 24 times on CNN. Those numbers do not include the numerous instances in which Democratic politicians and other non-journalists have used it during cable interviews. Show hosts and network reporters were responsible for the bulk of the repetitions; guests used the claim only five times on CNN, and 10 on MSNBC.

Senator Richard Blumenthal (D-CT) twice evoked imagery of “walls closing in” around the President during a Friday, December 7 interview on MSNBC’s Hardball. Cable hosts tried the line out a handful of times over the weekend, and by the following Monday, it was being recited at an average rate of five times per day.

Watch the video below to see just how thrilled cable hosts are with their new line:

Whereas before the midterms hesitant cable hosts warned Democrats against using “the i-word”, recently the likes of CNN’s Erin Burnett and MSNBC’s David Gura have spent multiple A-block segments of their shows discussing the President’s supposed impending doom.

The prevalence of so unremarkable a line points to a renewed hope among those in the media who desperately wish to see the President impeached. These hopes were likely stoked by recent developments in the Special Counsel’s probe, as well the expectation that Democrats will open additional investigations when they assume control of the House of Representatives in January.

The liberal media’s desire to see the President out of office has resulted in countless hasty predictions about his administration’s downfall. Yet even if someday his presidency is cut short by scandal, journalists will look none the more prescient after two monotonous years of announcing the end for Trump.