CNN's Stelter Questions If Fox News Is News, NPR Guest Claims Fox Is 'Not About News'

This past Sunday on CNN’s Reliable Sources, host Brian Stelter asked this irony-filled question to NPR media correspondent David Folkenflik: “You and I have covered Fox News for years. Is it appropriate to call the channel a news channel?”

Well, is it appropriate to call CNN a news channel?

Folkenflik used this opportunity to declare: 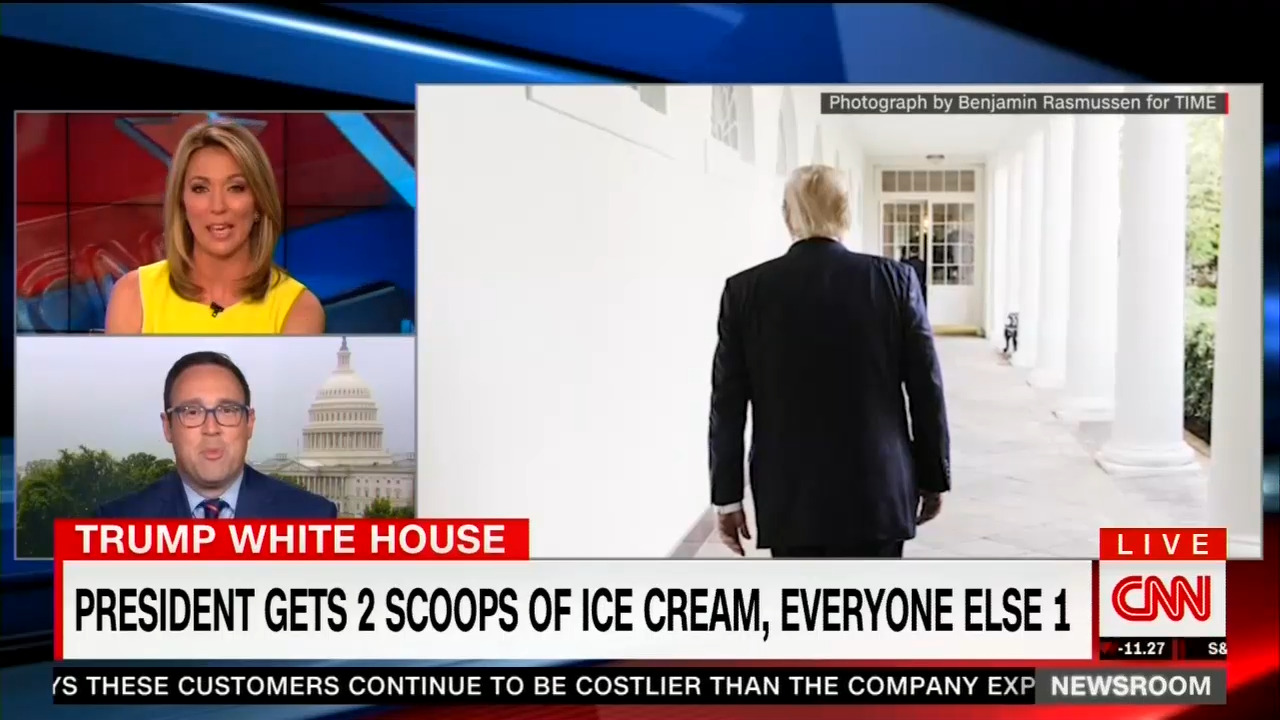 Everybody understands that Fox & Friends presents a friendly viewpoint toward the Trump administration. Meanwhile, CNN still acts as if they are the arbiter of news as they fret over the President’s Diet Coke consumption and how he's a bully for taking an extra scoop of ice cream.

The point is that it's CNN's hypocrisy here that's troubling (not to mention that Fox News does excellent journalistic work and covers stories that the major broadcast networks refuse to even consider).

Sean Hannity is not a journalist. He is a pundit and admits to being one. Fox & Friends has had their reputation of being a right-of-center news program for years while Special Report will never be confused with Hardball or The Ingraham Angle. To Stelter's credit, he admitted as much regarding Shepard Smith and Special Report host Bret Baier. Using the former two examples to blugeon Fox News as an illegitimate news source is dishonest.

Below is the more complete transcript of the conversation:

BRIAN STELTER: So, David Folkenflik, do we call this collusion?

DAVID FOLKENFLIK: I think you've seen an almost total erosion between what you're hearing from Trump administration officials desperately spinning and trying to defend the president, Trump surrogates who appear on cable networks all the time and the Fox News talent, the hosts, the commentators, the people being paid by Rupert Murdoch and by 21st Century Fox and Fox News. They're offering the same message.

And the message is, don't look at or think about what may be under investigation. Let's find whatever we can to undermine the pillars of the respect that we tend to confer upon institutions like the FBI and the Justice Department.

STELTER: You and I have covered Fox News for years. Is it appropriate to call the channel a news channel?

FOLKENFLIK: It's such a good question. I think that --

STELTER: Shepherd Smith is a journalist. He works for Fox.

FOLKENFLIK: Here's what I would say --

STELTER: Bret Baier is a journalist. He works for Fox.

FOLKENFLIK: Here's what I would say, here's what I would say, and I think it's only more true now in the Trump era. I would say that there are journalists, there are reporters, there are producers, there are people who care about the news who work at Fox News. Fox News is not about news. Fox News is about Fox. Fox News is about getting a tonal point of view, making sure that viewers get what they think viewers need to get, whether or not that involves, much of the time, facts. And you see it -- you know it's true because it's true at the most highly rated times of day. It's true for who is being paid, who is being promoted, why are they being promoted. You see anchors who are slipping into some of those "Fox & Friends" host guest slots and they start taking a sharper tone. They start taking a more kind of incredulous look on their faces. They are pushing out the same message of incredulity about prosecutors, investigators, doing their job, trying to look at some very serious issues being raised about people who are around this president.