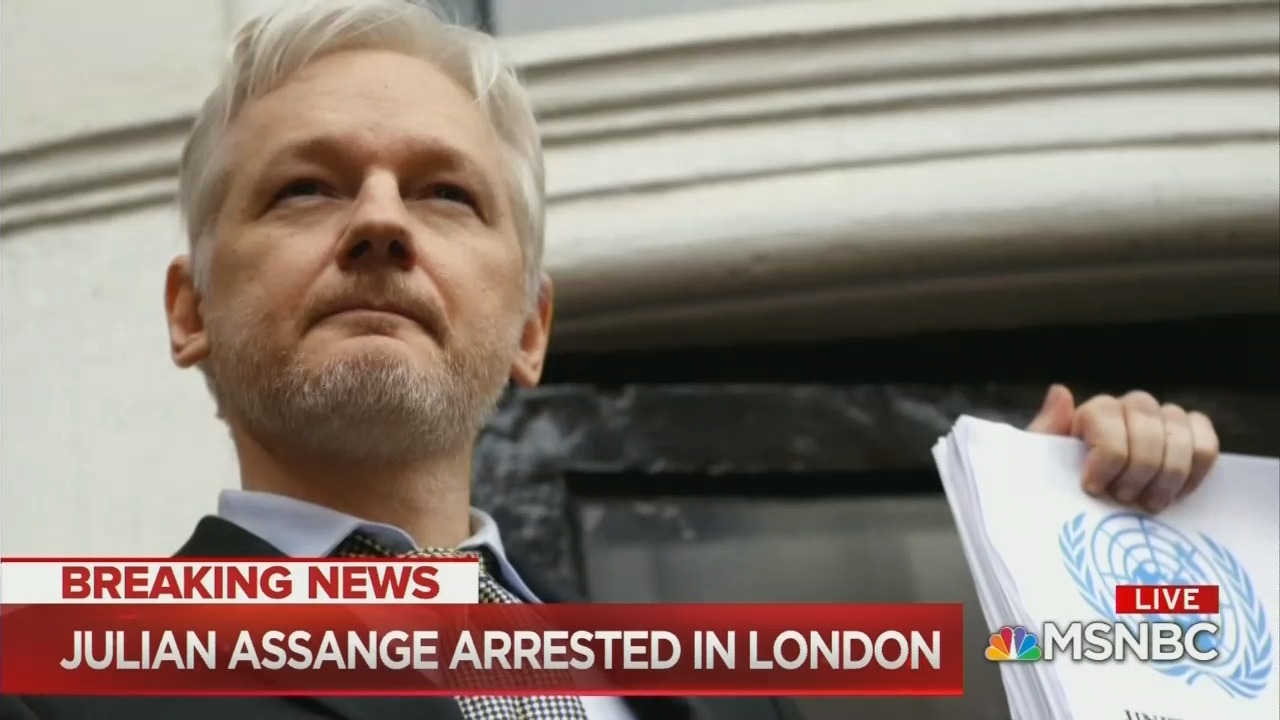 WikiLeaks founder Julian Assange has been arrested after being kicked out of the Ecuadorian Embassy in London...finally. For media who have spent the fast few years focused on the narrative, Assange was seen as the face that symbolized the threat posed to the United States by Russia, second only to Vladimir Putin. However, it wasn't always that way.

Before the hacking of the DNC during the 2016 Campaign, WikiLeaks was responsible for many document dumps that harmed American national security, the most infamous case involving a U.S. Army private then known as Bradley Manning. WikiLeaks also put at risk the lives of informants working for U.S. and allied forces in Iraq and Afghanistan. It was during that time, when WikiLeaks endangered lives and undermined U.S. war efforts, that the press sang its praises as a truth-telling and information-gathering organization.

On December 4, 2010, The New York Times ran a column by Misha Glenny entitled "The Gift of Information." Glenny wrote, "Julian Assange and WikiLeaks have been jettisoned to fame or notoriety (choose your noun, please) not because of a passing political battle but for reasons much deeper: the desire to possess, distribute and devour information."

The paper defended its decision to publish diplomatic cables: "The Times believes that the documents serve an important public interest, illuminating the goals, successes, compromises and frustrations of American diplomacy in a way that other accounts cannot match," but insisted that they would not print any "information that would endanger confidential informants or compromise national security."

Continuing with the Times, reporter Jennifer 8. Lee lamented at a TedGlobal conference in Edinburgh that companies such as Amazon were being pressured by the U.S. government to disassociate with WikiLeaks .

That same day, NBC's former Today show host Matt Lauer said WikiLeaks was merely a "messenger" for the classified documents. Both Lauer and Andrea Mitchell were much more concerned about the fact that the document dump revealed the U.S. spied on foreign diplomats at the United Nations.

A few days later, Stephanopoulos questioned White House spokesman Robert Gibbs from the left on the UN spying. He quoted Slate's Jack Shafer: "'Diplomacy is about face. And the only way for other nations to save face will be to give them [Secretary of State Hillary] Clinton's scalp."

Perhaps the worst offender in the media over the WikiLeaks document dump was Time Magazine Managing Editor Richard Stengel. Chatting with Howard Kurtz, then of CNN, in December 2010, Stengel said "Our job is not to protect the U.S." and that "Our job is to publish and be damned." Time then put a black and white photo of Assange on the cover of their magazine with the only color being an American flag over Assange's mouth as if it were duct taped. Stengel told Charlie Rose on PBS that Assange was an "idealist." The cover teased a story by Fareed Zakaria by saying, "And why it hasn't hurt America."

As for Stengel, he would take his lack of concern over national security to the Obama Administration in 2014, where he became Under Secretary of State for Public Diplomacy and Public Affairs. Over eight years after the Time Magazine cover, Stengel would use Secretary of State Mike Pompeo's assertion that WikiLeaks is a '"a hostile intelligence service"' and the Roger Stone indictment to say, "Ergo, conspiracy to coordinate with foreign entity to violate US election law." A couple of months before that assertion, he defended himself over the 2010 controversy saying, "The main difference is we didn't know then of Assange\Wikileaks' connection to Russian state anti-American disinformationists. We do now." In March 2017, the guy who previously claimed not to care about national security declared, "WikiLeaks CIA revelations make everyone less safe -- except the terrorists."

Even if it wasn't known in 2010 that WikiLeaks was an arm of Russian intelligence, Jullian Assange was enemy of the United States before, during, and after the 2016 hack into the e-mails of John Podesta and the Democratic National Committee, but the media only uniformaly came out against Assange when it appeared that his work would hurt Hillary Clinton and the Democrats, not when he was endangering lives by undermining U.S. war efforts in Iraq and Afghanistan.