On Sunday, Washington, D.C. was all but shut down as roughly 25 white supremacists emerged from whatever crevasses they hide in, and marched to Lafayette Park on the anniversary of last year’s deadly rally in Charlottesville. They were dwarfed by hundreds of counter-protesters, violent agitators, and members of the press. CNN hosts Chris Cuomo and Don Lemon on the August 13 edition of CNN Tonight had much to say on the matter.

Just after Cuomo defended the actions of Antifa by saying “all punches are not equal morally,” Lemon doubled down:

“Sometimes you can't fight people by -- you know -- praising them or being nice to them. You have to fight fire with fire sometimes….Let me just say this though, you ask why [Trump] doesn't call out -- because the white nationalists are winning right now. This helps their cause, this helps their case. For the president to be equivocating between -- you know -- whether it's Antifa or whatever, fine people on both sides, that actually helps their case.”

Violence has no place in political debate in our day and age. However, the violence on Sunday originated entirely from the counter-protesters. 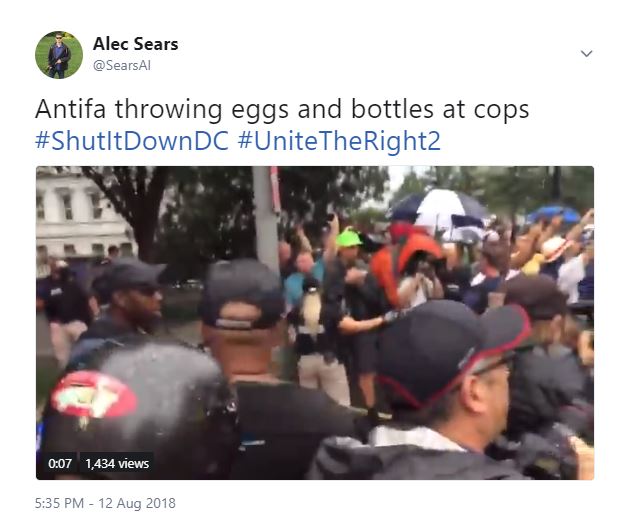 While CNN hyped the racist rally with excessive coverage, Lemon was quick to blame a media competitor for stoking racial tensions:

“At the same time of this rise of the alt-right, which is really white supremacists, we're hearing Fox News hosts strike the same tones of racial anxiety and white panic.” 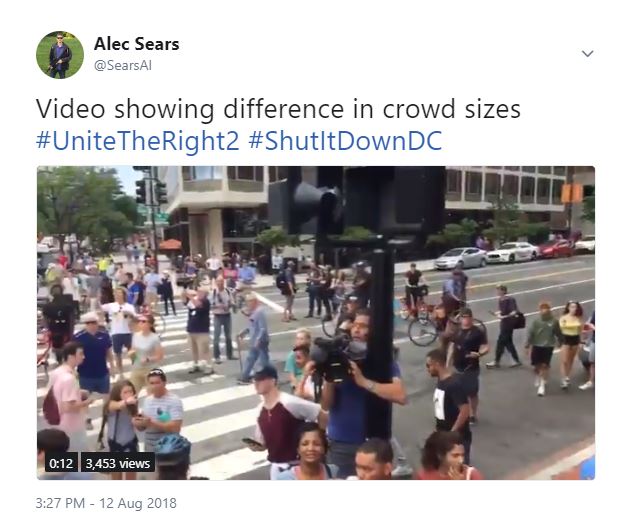 Of course Fox News is the true reason that about 25 racists gathered in a park. It would never be because the liberal media gives them so much air time it increases their stature. In the future, if CNN and others want to save any shred of credibility they still have, they should stop giving crazed white nationalists screen time, and maybe even focus on Antifa attacking those in uniform.