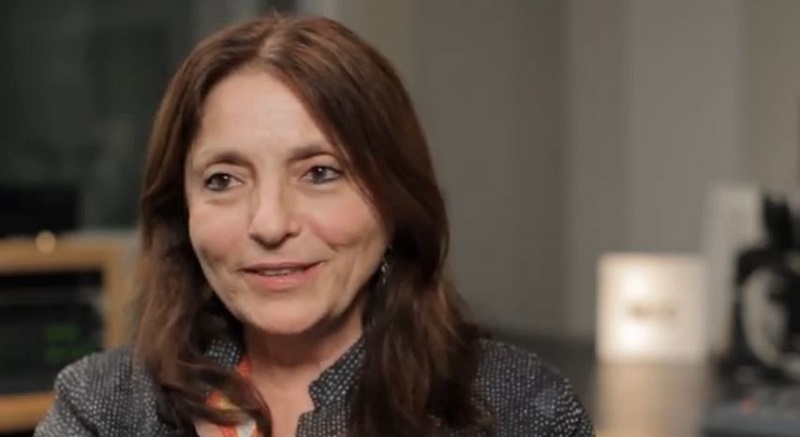 NPR made no secret of its left-wing bias on Monday's All Things Considered, as it covered the debate over a proposed bill in Italy that conservative critics warn would endanger free speech. Sylvia Poggioli hyped "right-wing opposition" to the legislation, and labeled their claim that it would restrict free expression an "alarmist position." The correspondent also slanted toward left-wing LGBT activists by playing six soundbites from them, versus only two from conservatives.

Host Robert Siegel used his own biased language as he introduced Poggioli's report:

ROBERT SIEGEL: Italy lags behind the United States and its EU partners in equal rights for homosexuals. Gay couples have no legal recognition or adoption rights. A bill that would outlaw discrimination on the grounds of homophobia has been bogged down in Parliament by right-wing opposition, and a new conservative Catholic movement claims that the legislation violates freedom of speech.

The NPR journalist first spotlighted the "Standing Sentinels" movement, which opposes the leftist bill in the national legislature of Italy:

SYLVIA POGGIOLI: They call themselves 'Standing Sentinels.' (clip of street noise from Rome) They first appeared in public last spring, including this vigil in Rome. (clip of demonstrator speaking in Italian) A man welcomes a crowd of a few hundred people, and tells them to stand about two yards from each other as they read books of their choosing in absolute silence. It's their way of protesting against a bill that would make homophobia a crime punishable by law.

PIETRO INVERNIZZI, STANDING SENTINELS: In Italy, there is not homophobia emergency.

POGGIOLI: Pietro Invernizzi, a financial broker, is spokesman for the 'Standing Sentinels.' Like many of its members, he opposes what he calls 'gender ideology' that he says is undermining the traditional family. Most of all, he believes the anti-homophobia bill in the Italian parliament undermines freedom of speech.

INVERNIZZI: If tomorrow, I would express myself publicly, in my opinion, a boy has the right to have a mother and a father or same dad – in my opinion, that marriage is only between a man and a woman – I would end up in jail.

Poggioli continued by asserting that the Standing Sentinels' "alarmist position is not gaining ground," and pointed out that five counter-protesters wore "small pink triangles – reminiscent of those imposed on homosexuals in Nazi concentration camps." She spent the remainder of the segment boosting the proponents of the controversial legislation:

POGGIOLI: Italy's first gay pride parade took place in Rome in 1994, and some 10,000 people attended. This year, the turnout was estimated at 100,000. Polls show that Italians today are much more in favor of equal rights for LGBT people than they were 20 years ago.

Andrea Maccarrone, a spokesman for this year's gay pride, says greater visibility has its cost.

ANDREA MACCARRONE: So, when you are more visible, you are a target. Of course, there is a backlash of Catholic conservatives – the ones who fight our progress.

POGGIOLI: At the same time, the issue of homophobia has been in the spotlight, with a series of suicides of gay teenagers who had been bullied in school.

POGGIOLI: Ivan Scalfarotto is undersecretary for constitutional reform, and sponsor of the anti-homophobia bill languishing in Parliament. He rejects the charge that the bill would endanger freedom of expression, saying it extends existing anti-discrimination legislation to gays, lesbians, and transgender people. He himself had to overcome right-wing opposition to become the first openly-gay person in an Italian government.

SCALFAROTTO: In Italy, it is completely acceptable to say homophobic jokes.

POGGIOLI: He pins the blame on the absence of the notion of political correctness in Italian culture.

SCALFAROTTO: So there would be no one standing up and saying, guys, in my home or in this office – in this workplace – these banters are not acceptable. So, it is acceptable.

POGGIOLI: Scalfarotto believes in the power of legislation to make cultural changes.

SCALFAROTTO: There are facts: young guys committing suicide. There are people who are beaten up – gay-bashing. The issue is mostly about how we grow the country into a civilized, inclusive, respectful place for everyone – including LGBT people.

The correspondent was quick to point out the "suicides of gay teenagers," and forwarded Scalfarotto's claim about violence against homosexuals. However, she completely glossed over that the "Standing Sentinels" have been targeted with violence by far-left protesters in recent weeks. In Rovereto, a city north of Verona, a Catholic priest and a young woman were injured by anarchists, who attacked the Sentinels' silent demonstration.

NPR has a long record of liberal bias on international cultural issues. Back in November 2013, correspondent Michele Kelemen touted a collaboration between a LGBT group from Russia and their American counterparts in Washington, D.C. and Maine. Nearly four months later, the liberal public radio network hyped a pro-life bill in Spain as potentially "one of the toughest abortion laws in Europe." In September 2014, NPR journalist Jason Beaubien played up "activists who are pushing to liberalize El Salvador's abortion law," and highlighted one woman "nightmare" with the law.