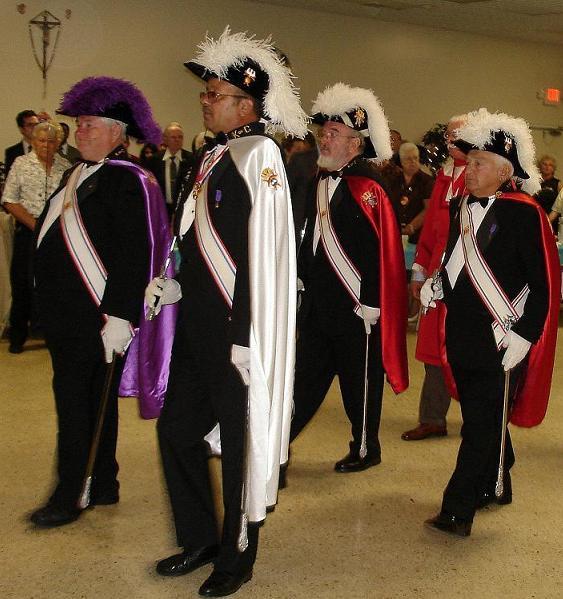 Those intrepid newshounds at ThinkProgress have uncovered nefarious doings in the dark, secretive world of … the Knights of Columbus. You thought the Catholic fraternal organization was all funny hats, ceremonial swords and Special Olympics donations.

If only! It turns out the Knights “Bankroll America’s Social Conservative Movement,” according to ThinkProgress’s headline.

Besides casting a sleazy aspersion about the compensation of the “Supreme Knight,” the nearly 1,900-word article is utterly, well, stupid. Can liberals reading ThinkProgress be so cut off from religious culture that they’re shocked a Catholic organization believes Church teaching? Perhaps they can.

Among the revelations: The Knights of Columbus oppose same-sex marriage, and put their money where their mouths are, donating to efforts to block gay marriage in various states. They oppose ObamaCare’s contraception mandate. Since 2010 they’ve given $250,000 to Morality in Media, “likely the nation’s loudest voice against adult pornography, and its efforts to curb “the ravages of the pornography pandemic in America,” according to ThinkProgress. (Scary stuff, that!)

Most importantly, ThinkProgress exposed the Knights pro-life beliefs! They work to overturn Roe V. Wade. “Between local chapters and the national organization, the Knights’ ‘Ultrasound Initiative’ have provided more than $14 million worth of ultrasound machines to local ‘pro-life pregnancy care centers,’ based on the belief that ‘a free ultrasound exam often helps an abortion minded woman to decide to choose life for herself and her child.’”

Each year, the Knights “reaffirm their ‘long-standing policies of not inviting to any Knights of Columbus event, persons, especially public officials or candidates for public office, who do not support the legal protection of unborn children, or who advocate the legalization of assisted suicide or euthanasia.’”

To ThinkProgress, this is “divisive language.”

Intrepid readers who plod on to the end of the article are rewarded by something resembling a point. The article quotes “Peter Montgomery, a senior fellow at People For the American Way” (seriously), saying : “‘Many Catholic parishioners who support the Knights of Columbus might be surprised and dismayed to know that the money they gave at the pancake breakfast is being used to deny equality to their LGBT friends and family.’

You know what Catholic parishioners are called who are shocked at Catholics acting on their faith? Anything but “Catholic.”