Humiliated, Univision Hides Lead From Report of Own Parade Withdrawal

Univision finally caved under pressure, joining Goya Foods, JetBlue, AT&T, Corona beer, the New York Yankees, and Coca-Cola in withdrawing their corporate sponsorship from the embattled National Puerto Rican Day Parade. But Univision being Univision, they can't even bring themselves to tell their viewers the truth about its parade pullout.

Sometimes, a media organization will "bury the lead", that is, the main point of a story, several paragraphs deep within an uncomfortable report, or towards the end of a video report. But when it came time for Univision to report on its own withdrawal from the Parade, the lead wasn't just buried, but blasted into another dimension in time and space. Here's the report as it aired during the May 25, 2017 edition of Noticiero Univision. If you've been following our coverage of the Puerto Rican Day Parade, you'll easily spot what's missing:

MARIA ELENA SALINAS, NEWS ANCHOR, UNIVISION: The Univision affiliate in New York, Univision 41, WADO (1280AM), and "La X" 96.3 will not sponsor the New York Puerto Rican Day Parade this year. They joined the list of companies that withdrew...that withdrew their support from next month's Parade in that city. However, those local Univision outlets will cover the day's events, and the funds that were going towards sponsorship will instead be allocated towards the organization's Scholarship Fund in order to benefit Puerto Rican students.

Univision's newscasts hadn't said a peep about the exodus of parade sponsors since Goya Foods first jumped ship last week and now, all of a sudden, multiple sponsors are suddenly out. Viewers are left to assume that these major sponsors just randomly abandoned the Parade, without any context whatsoever as to why. 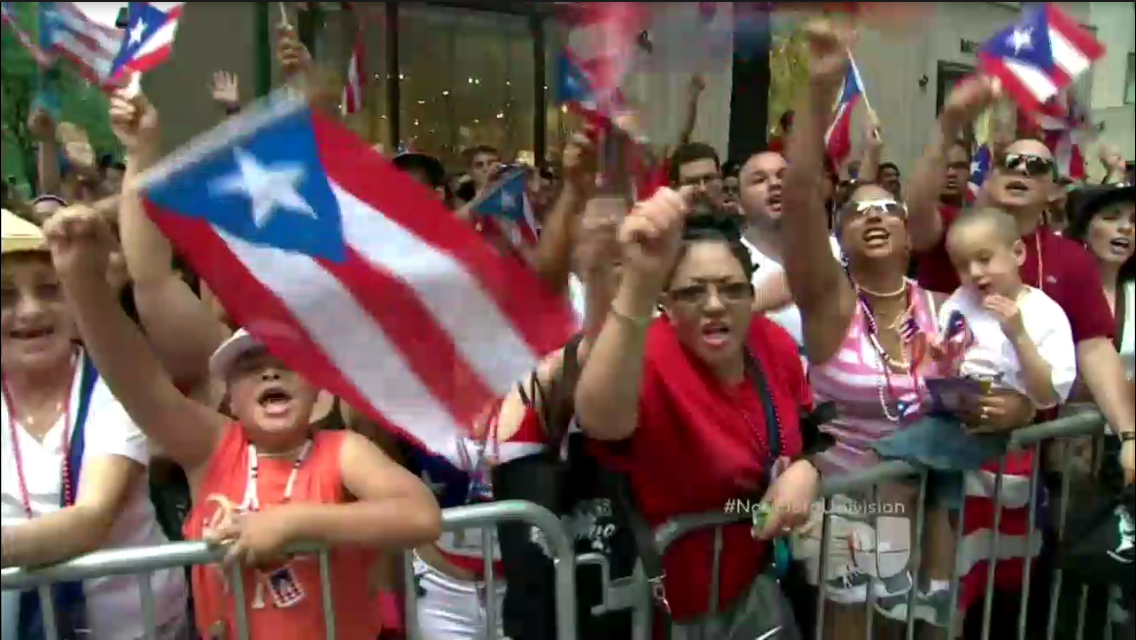 Ultimately, Univision decided that it was best for business to steer clear of the nuclear toxicity of the parade's designation of convicted terrorist Oscar López Rivera as its first-ever "National Freedom Hero"...which is a bit ironic because the network did the most to whitewash López Rivera's legacy of terror.

But López Rivera's name is mentioned nowhere in the report. Embarrassingly, Univision preferred to leave that knowledge gap unfilled, rather than to admit it had made a mistake by giving so much airtime to the public rehabilitation of a convicted terrorist. Even worse still, Univision CEO Randy Falco admitted as much. See his statement below (H/T Latino Rebels): 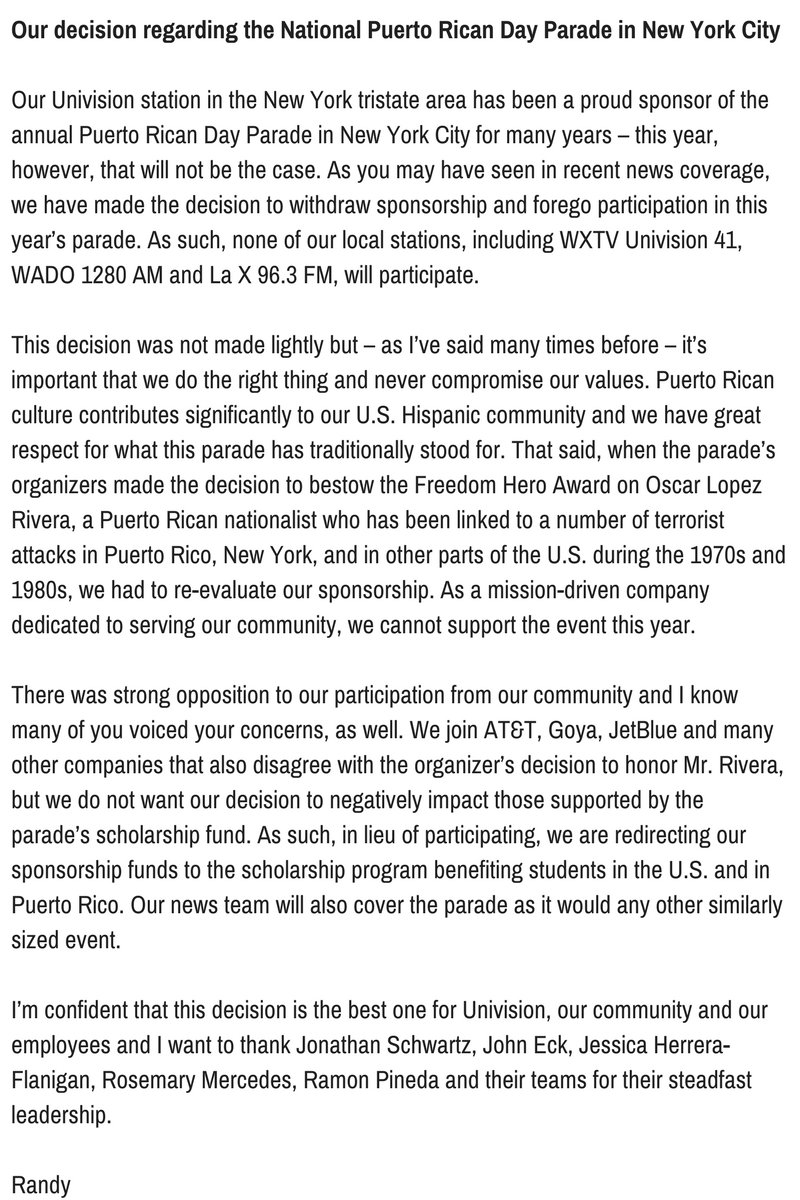