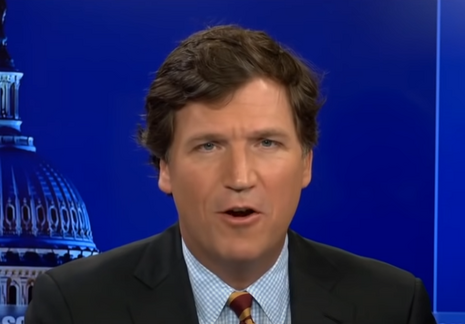 NewsGuard downgraded FoxNews.com July 18 from a green-shield 69.5/100 rating in December 2021 to a red-shield 57/100, noting that the website “fails to adhere to several basic journalistic standards.” This is coming from the same firm that left the liberal USA Today’s perfect 100/100 score intact after the newspaper removed 23 stories because one of its reporters fabricated sources. NewsGuard even praised USA Today for how its “stories quote reliable sources.”

One of NewsGuard’s contentions with Fox is that the news outlet allegedly fails to handle “the difference between news and opinion responsibly.” Apparently, NewsGuard couldn’t correctly discern the difference, either. A “Corrections” note put at the bottom of its “nutrition label” scorecard for Fox News admitted that an earlier version falsely “referred to Sean Hannity, Tucker Carlson and Laura Ingraham as anchors [who cover the news] instead of hosts [who lead opinion shows], of their nighttime Fox News Channel programs.”

But NewsGuard’s obsession with dinging outlets it disagrees with isn’t new.

A December 2021 MRC study found that outlets rated “left” or “lean left” by AllSides received an average NewsGuard score of 93/100. Sites that AllSides considered “right” or “lean right” like Fox News scored an average NewsGuard rating of 66/100. MRC President Brent Bozell slammed NewsGuard in a July 21 tweet for its leftist bias. “NewsGuard makes money off censoring conservatives to promote their leftist agenda,” Bozell said. “We did a study to prove it. It's laughable they switched the rating for Fox News to red while CNN and MSNBC are green. What utter garbage.” NewsGuard says it last updated MSNBC’s nutrition label on —  oh, look at that — July 21, 2022, to show a failing 52/100 grade after enjoying a 70/100 rating since at least Dec. 13, 2021, according to a screenshot MRC took of the nutrition label on that date. Talk about strange timing. CNN, which has a history of peddling falsehoods, enjoys an 80/100 rating.

NewsGuard makes money off censoring conservatives to promote their leftist agenda. We did a study to prove it.

It's laughable they switched the rating for Fox News to red while CNN and MSNBC are green. What utter garbage @NewsGuardRating https://t.co/ERs7EJOhmF

NewsGuard proceeded to hammer Fox News for apparently not separating opinion content from news, illustrating a complete lack of self-awareness:

Because FoxNews.com does not distinguish between news and opinionated video content on a section of the homepage, occasionally publishes unlabeled opinion, and frequently covers U.S. political and cultural stories from a conservative perspective that it does not disclose, NewsGuard has determined that the website does not meet the standard for handling the difference between news and opinion responsibly, [emphasis added.]

FoxNews.com clearly labeled Ingraham, Hannity and Carlson as hosts of talk shows, which are naturally opinion-based, but NewsGuard apparently couldn’t even be trusted to do its due diligence initially and make the proper distinction.

It’s also interesting how both the leftist The New York Times and The Washington Post don’t disclose covering the news from a liberal perspective, as the MRC repeatedly illustrated, but NewsGuard didn’t seem to take much issue with that. In fact, both newspapers, which both have perfect 100/100 scores, were determined by NewsGuard to handle “the difference between news and opinion responsibly.”